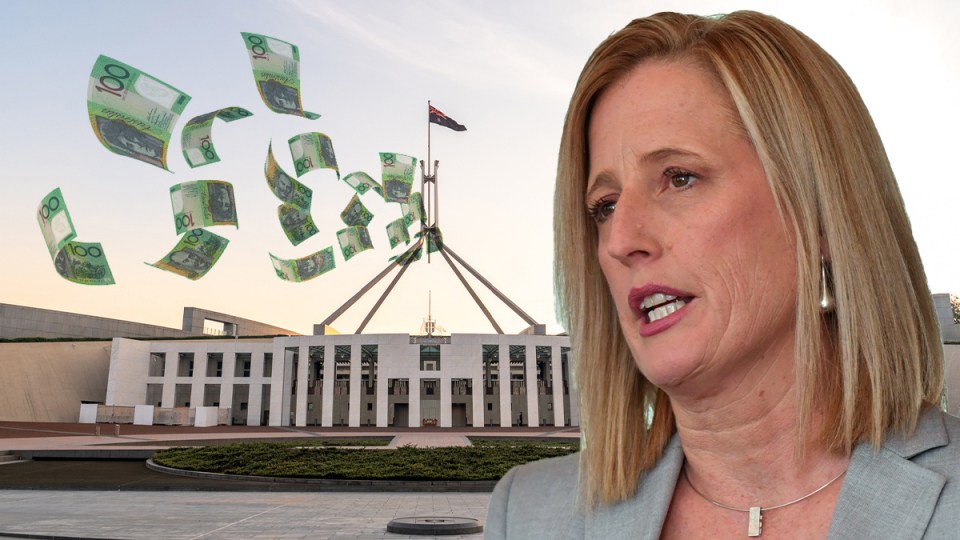 Businesses allowed to keep $50 million in JobKeeper overpayments due to “honest mistakes” should give the money back to taxpayers, Labor politicians have said.

The tax office (ATO) revealed on Thursday that $340 million in overpayments were made to businesses on JobKeeper, in the latest integrity scandal to rock the $101.3 billion wage subsidy program this year.

About $150 million is still missing from government coffers, and while roughly $135 million has been clawed back already, the ATO ruled out chasing down a further $50 million or so because they said businesses had made genuine errors.

But that’s not sitting well with Labor, which attacked the government for letting businesses off the hook despite previously chasing welfare recipients for mistakes linked to the Robodebt saga.

Labor Senator Katy Gallagher said the companies should be asked to reimburse taxpayers, telling The New Daily there was a concerning lack of transparency in how the JobKeeper scheme was being run.

“If you’ve received money incorrectly there’s a responsibility for you to either return it or for the authorities to collect it,” Senator Gallagher said.

I’m sure those pursued under Robodebt made honest mistakes [but] I’m not so sure the government was so lenient with them.”

Labor MP Andrew Leigh, who has led calls for profitable companies to pay back their JobKeeper payments, agreed that the government should reconsider its approach.

“Scott Morrison designed Robodebt to hound some of the poorest Australians for relatively small amounts of money, but when it comes to $50 million in JobKeeper, he won’t do a thing,” Dr Leigh told The New Daily.

Giving evidence before the Senate Select Committee on COVID-19 on Thursday, ATO deputy commissioner Jeremy Hirschhorn said the tax office had decided that clawing back the $50 million was inappropriate.

“We said we were not going to pursue repayment if they passed it on to employees,” he explained.

The ATO has reviewed $7.5 billion worth of JobKeeper claims – $6.9 billion of which were completed before payouts, and $900 million of which are still being investigated.

Mr Hirschhorn said 43 penalties had been issued and another 14 suspected rule-breakers were under investigation.

All in all, he said it was a “very positive” outcome.

“In the context of an $80 billion scheme … [it’s] a very encouraging result,” Mr Hirschhorn said, noting the rate of overpayment was just 0.4 per cent.

But Senator Gallagher, who interrogated officials as chair of the COVID-19 committee, said JobKeeper’s scale clouded the damage being done.

“Any money that we can get back and return to the budget or allocate for other things is the responsibility of the government,” she said.

“More effort could be made into being transparent about where things have gone wrong. Or at least as much effort could go into that as telling us there’s no problems with the program.”

Taxpayers forked out over $70 billion to fund JobKeeper from April to October, and a further $13 billion since then.

The program ends in March.

In a statement to The New Daily, an ATO spokesperson said the decision not to ask businesses to pay back overpayments was underpinned by JobKeeper legislation, which provides the tax office with the flexibility to make case-by-case judgements.

“Due to the extraordinary circumstances in the early stages of the JobKeeper program, overpayments may have been made as businesses moved quickly to access JobKeeper payments,” the spokesperson said.

“If a JobKeeper overpayment is identified, we may decide the overpayment does not have to be repaid, particularly if there was an honest mistake.”

DividendKeeper: Only 10 companies ask about repaying

The overpayments are just the latest JobKeeper issue to emerge in recent weeks, as profitable companies continue funnelling cash to investors after receiving millions of dollars in handouts.

What’s become known as the ‘DividendKeeper’ trend has come into focus this week as corporate reporting season kicked into gear.

On Thursday, Narva owner GUD Holdings revealed it would pay over $10 million to investors after taking $2.8 million from JobKeeper.

Other companies like Toyota and Domino’s have repaid the wage subsidies, but the ATO confirmed in testimony on Thursday that they represented a small minority.

In fact, only 10 of the more than three million JobKeeper companies have expressed interest in returning cash so far, and of those only a few have coughed up about $10 million.

However, Treasury and ATO officials defended the design of JobKeeper on Thursday when asked about the so-called DividendKeeper trend.

“The Treasurer has said … if businesses were in a position to repay it then he would welcome that, but there’s certainly no legal requirement on them to do so,” Treasury deputy secretary Jenny Wilkinson said.

Dr Leigh has said it was a “mistake” to allow businesses to access handouts for six months from April before eligibility was re-tested.

Although the government has tracked businesses closely over those six months, Mr Hirschhorn and Ms Wilkinson said turnover records hadn’t been analysed to estimate how many profitable companies had participated.

Mr Hirschhorn said income tax data for the 2019-20 year, due to be filed at tax return time in June, would be required to conduct such an analysis.

“It would be a very complex task, but not relevant to our task,” he said of the ATO’s role in administering JobKeeper.

Senator Gallagher said evidence from Treasury and the ATO demonstrated the government hadn’t sought assurances about how many companies received JobKeeper without needing it.

“No one in the government has asked [Treasury] to provide any advice about what the options are, and Treasury hasn’t done any,” she said.

“That tells you there’s zero interest in pursuing this as a legitimate post-crisis analysis of money that went out the door, and money that potentially could be returned to help others.”

It comes as the Australian Council of Trade Unions (ACTU) on Thursday called on the government to penalise businesses that received JobKeeper “undeservedly”.

“Large corporations who’ve profiteered off the back of a crisis should not only pay back the money that they’ve undeservedly received through the JobKeeper scheme, but should also face real consequences for their actions,” an ACTU spokesperson said in a statement.