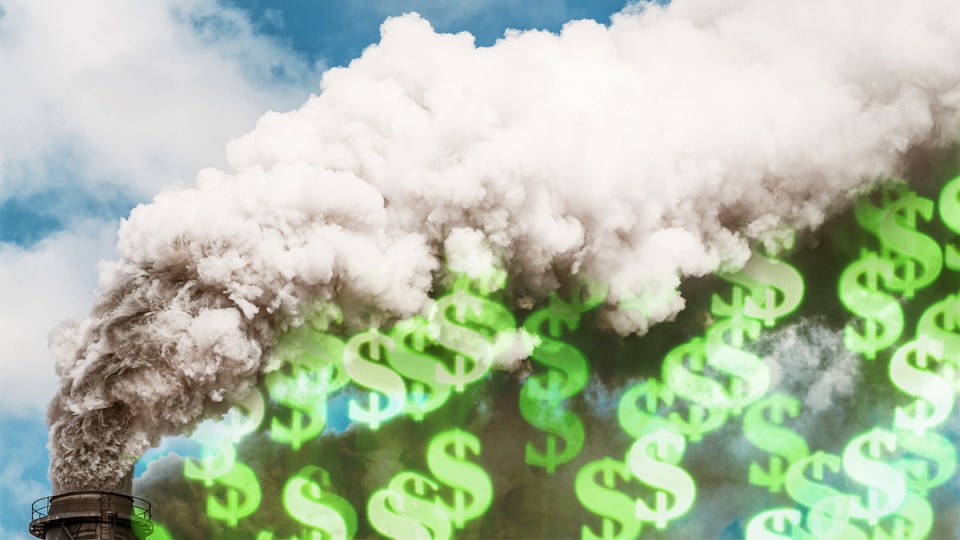 Australian companies are lagging behind their international peers in cutting emissions. Photo: TND

Australian companies are falling behind their international counterparts in setting and reporting emissions-reduction targets, a new report has found.

There is also “a lack of transparency compared to what we see in Europe and the US” in terms of investors making demands for emissions reductions, said Dan Gocher, one of the report’s authors and climate and environment director at the Australasian Centre for Corporate Responsibility (ACCR).

ACCR’s report showed that, of the top 10 emitting companies listed on the ASX, all bar one, Qantas, were in the resources sector and most had not made significant reductions in operational emissions over the three years to 2020.

It came as Prime Minister Scott Morrison told the National Press Club his government’s goal was to “reach net zero emissions as soon as possible, and preferably by 2050”.

The largest emitter, AGL Energy, cut its emissions by only 2.45 per cent over three years, partly as a result of coal-fired power station outages.

Of the top 10 worst emitters, the companies that cut emissions by 5 per cent or more over the three years to 2020 were BHP, Rio Tinto, Qantas, Origin and Woodside Petroleum.

And of those, only Woodside cut emissions by cleaning up their own operations, with Qantas inadvertently achieving reductions by slashing flights during the pandemic, Origin suffering coal-power outages, and BHP and Rio Tinto selling off coal assets. 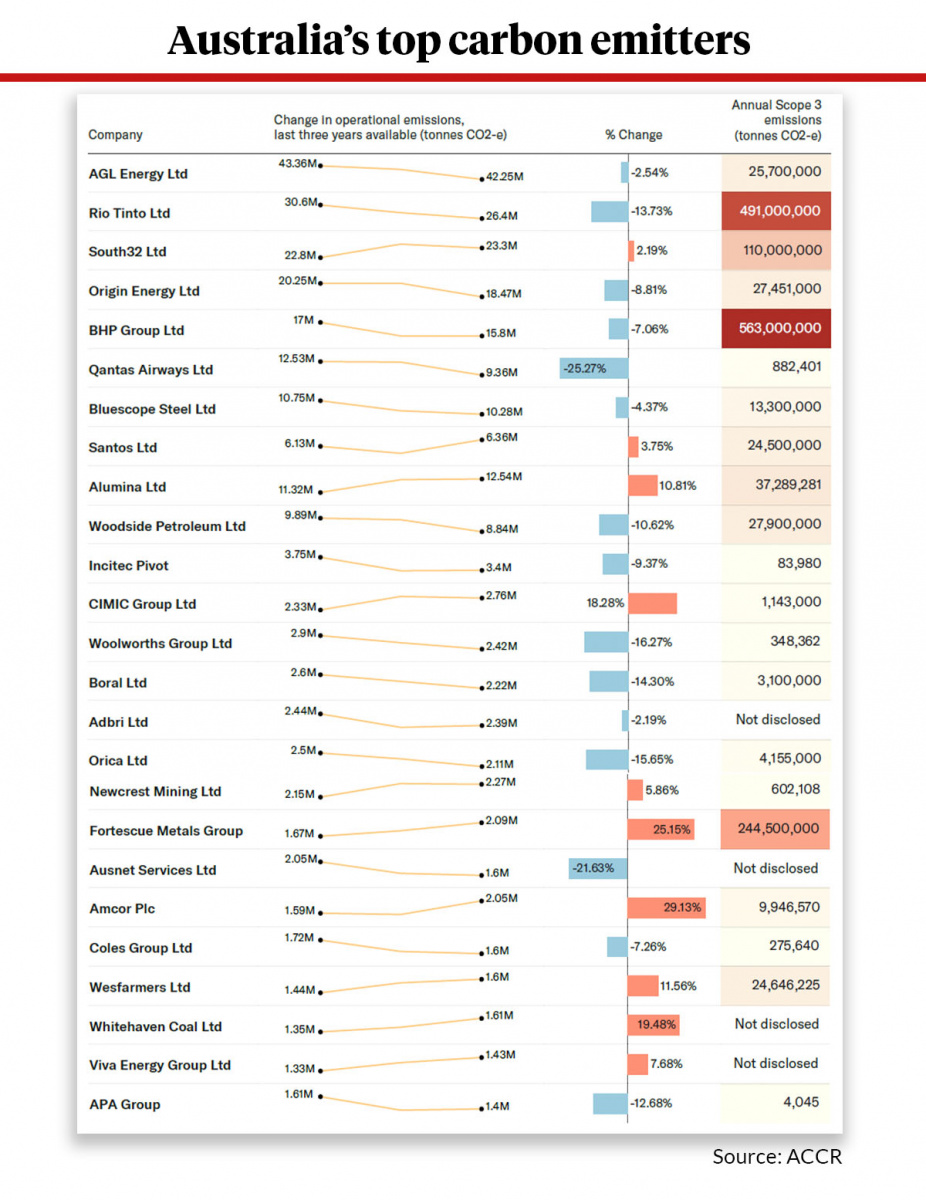 “If you compare oil majors, Europe’s BP and Shell and, to a point, the US groups Chevron and Exon are doing a better job [of emissions reductions and reporting] than Australia’s Santos and Woodside,” he said.

“While a number of Australian companies released net zero emissions by 2050 targets in 2020, most didn’t release short or medium-term targets so we don’t know how they are going to get there.”

Overall, corporate Australia has not taken on board changes demanded by climate concerns.

“Australian companies, particularly the big emitters have been too slow to bring down their own emissions,” said Will van de Pol, asset-management campaigner at pressure group Market Forces. The ACCR notes in its report that research by the Australian Council of Superannuation Investors (ACSI) “found that just 37 per cent of S&P/ASX200 companies have set emissions-reduction targets, with a noticeable shortage of medium and long-term aims”.

Unlike in Europe, most Australian companies are not required to report their carbon emissions, with only those producing more than 50,000 tonnes of CO2 emissions a year having to report this to the Clean Energy Regulator.

However, the reporting regulations only apply to Scope 1 and Scope 2 emissions, leaving out the vital Scope 3 figure, which includes the downstream effects of companies’ output.

Scope 3 emissions for Woodside, for example, would include the emissions generated by the buyers of its gas when they burn it in their factories and homes.

Three is a very big number

Scope 3 emissions for fossil fuel miners are typically far larger than those produced by their operations.

BHP Scope 3 emissions are 35 times those of operations, while for gas producers Santos and Woodside the figure is four times.

“Institutional investors have an enormous role to play in tackling the climate crisis” and can “exert sector, economy and worldwide influence”.

Although institutional investors increasingly report emissions-driven divestments, they are not reporting details about why they sold their holdings, or what level of emissions reductions they are demanding from company boards.

And ACCR said sticking around on company boards can sometimes be more effective than selling out.

“Forceful, outcomes-focused engagement in companies in which
they remain invested and a clear path of escalation, with transparent signposting of actions and decision points … [are effective tools],” the report found.

“It is increasingly urgent that [institutional] investors be accountable to their members and peers about the tools they are committed to using to engage with investee companies.”

“In Europe, investors are putting companies on notice saying, ‘Here are the expectations in relation to emissions that you must meet’. In America, institutions are increasingly likely to vote against directors where expectations aren’t met,” Mr Gocher said.

Mr van de Pol added that investors “need to be much more forceful in the way they go about trying to bring about emissions reductions from the companies they invest in” and for the Australian economy more broadly.

“If funds are going to divest, they need to be clear about the fact that they’re going to put in place the parameters to drive that, and be public about the companies they’ve divested from.”

Cutting carbon: These corporate giants are the biggest polluters on the ASX