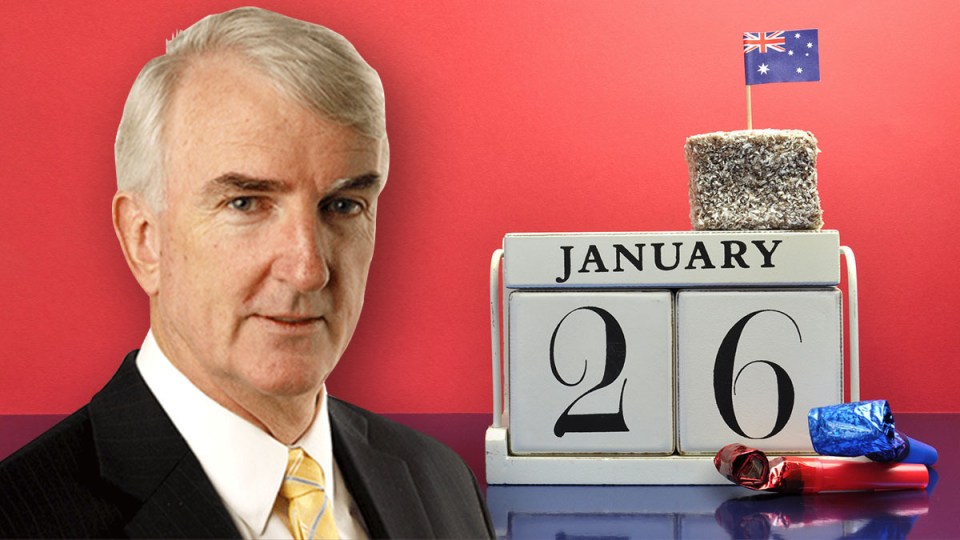 It’s on again, the Australia Day culture war, the annual clash of those placing primacy on a more inclusive society with those defending the concocted status quo and its undercurrents.

Each year the tide flows a little more towards those uncomfortable with the country’s national day being a commemoration of the first hoisting of a Union Jack in Sydney Cove.

The celebration of our nation should be a matter of unity. It can’t be when the date marks Invasion Day/Survival Day for many.

Yet the January 26 traditionalists will accept no other date as suitable. Planck’s principle applies: Science (and society) progresses one funeral at a time.

The obvious solution is a long weekend at the end of January, courtesy of a national day with no baggage. Have one that celebrates the nation – who we are and can be – without being tied to any historical event.

I dared propose this economically rationalist Australia Day solution in another publication three years ago.

Said publication regurgitated the idea this week with one qualification – the fourth Monday of January to be Australia Day when I had suggested the fourth Friday. The feedback three years ago favoured Monday as well, so I’ll go with the #FourthMondayofJanuary flow.

It’s not plagiarism if you use your own writing, so for TND readers, my argument was and is that a floating Australia Day is a step forward instead of back.

It could not be claimed by or for any political purpose and – here’s the kicker – it would be better for the nation’s productivity.

What do most Australians want? A long weekend to rule off the summer holidays, a salute to beach and barbecue and sport, a last hurrah before the kids go back to school with all the daily mayhem that entails, an official end of the silly season.

Paul Keating’s 1994 change to Australia Day, insisting it be observed on January 26, deprived the nation of its guaranteed long weekend and encouraged large-scale absenteeism, as will be the case this Monday ahead of Tuesday’s official holiday.

The absenteeism is not balanced by the lack of a weekday holiday should the date fall on Saturday or Sunday. It’s simply un-Australian not to end the holidays with a holiday, so one will be taken.

Australia Day, officially the fourth Monday of January, becomes a national day befitting modern Australia: A celebration of all that is best about our country and those who make it better, not a commemoration of dubious deeds past.

We already have our real national day, one that is not a weaponised nationalistic event – Anzac Day.

April 25 is for commemorating service and sacrifice, for uniting, not for celebrating victory or loss.

That’s the day for wondering if we deserve it, if we have been living up to the sacrifice of others. It is not a day for boasting and false pride or jingoism, however much some would steer us that way.

In 2016, Pew Research surveyed various nations to try to find out what was most important in defining national identity. The degree varied from country to country, but the main thing was to speak the language.

Australians went with that trend, but the neat thing about us was that we weren’t particularly dogmatic about any of the possible answers. Other nationalities generally cared more about what defined them.

Given the horrific toll extracted by tribalism over millennia and the worrying resurgence and exploitation of nationalism of late, that’s rather pleasing.

If you were silly enough to try to define Australian values, you’d have to include “not caring too much about things that don’t really matter too much” – the result of what I hope is our remaining healthy scepticism.

The official efforts to gee up Australia Day, to encourage wrapping ourselves in flags and shouting the inane “Oi! Oi! Oi!” should be given pause by America’s sad slide over the past four years.

As for love of country, in my experience the people doing most to serve Australia, to improve and protect the amazing networks, fabric and coincidences that make it such an incredibly desirable place to live, are the least likely to be rabid flag wavers.

#FourthMondayofJanuary Australia Day can handle that without pretence. It can be a day of enjoying what we have and where we are.

“This is Australia. On any global scale, it’s pretty bloody good. Let’s appreciate that, not take it for granted, and have a lamb sausage,” sounds about right. No pressure.

However genuine a traditionalist’s connection to January 26 may be, the pain the date represents for indigenous Australians cannot be denied – though I fear we have some culture warriors who take pleasure in inflicting that pain.

For the vast majority of us, the symbolism of accepting #FourthMondayofJanuary would be another step along the long road of acknowledgement and reconciliation.

On that same road, there is good reason to have a national day of acknowledgement and celebration of the original custodians and their heirs, to rejoice in having the world’s oldest continuous culture.

Let’s not muddy it though with Invasion Day. Instead, ditch the silly “Queen’s Birthday” public holidays that are all over the place and agree to accept the Uluru Statement from the Heart on the first Monday of June, First Nations Day.

Yes, the catch here is that it requires accepting the statement and its Makarrata, “the coming together after a struggle”.

For mine, Joe Biden’s best lines this week were his brief ones before the Lincoln Memorial Reflecting Pool: “It’s hard sometimes to remember, but that’s how we heal. It’s important to do that as a nation.”

President Biden was addressing the United States’ deep wounds, but the idea applies equally well to ours.

With truth telling and remembering, our deepest wound can have the chance to heal.

A divisive January 26 every year does not help.

Michael Pascoe: A simple change to heal our deepest wound