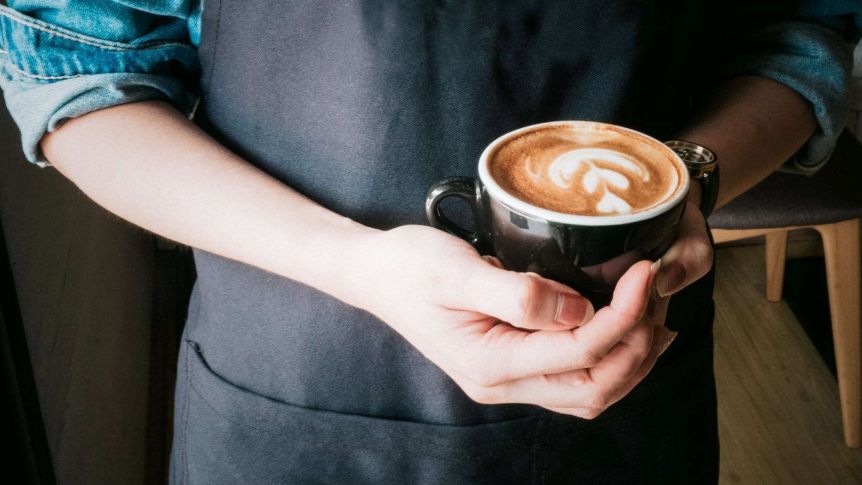 Small businesses that could have missed out on payments due to the ATO's errors include cafés and restaurants. Photo: Pexels

More than 9000 small businesses have objected to the Australian Taxation Office’s (ATOs) decisions to deny them coronavirus stimulus payments including JobKeeper and the small business cash flow boost, the tax ombudsman says.

The review by Inspector-General of Taxation and Taxation Ombudsman (IGTO) Karen Payne found that the ATO’s handling of small business complaints was sometimes “unfair” and that its guidance on whether small businesses were eligible for the stimulus payments was inadequate.

The ATO has received more than 9000 objections on its administration of two of the federal government’s coronavirus stimulus measures – the $1500 fortnightly (rate at the time) JobKeeper wage subsidy and the tax-free cash flow boosts of between $20,000 and $100,000.

The ATO told ABC News it has reversed its original decision in about 30 per cent of those 9000 objections but that only a small portion of reversed decisions related to the issues raised in the IGTO’s report.

The IGTO has received 66 direct complaints from taxpayers to its office about the ATO’s decision to deem them ineligible, and the Australian Small Business and Family Enterprise Ombudsman Kate Carnell received 200 complaints on the same matter.

Ms Payne’s investigations found that some of the 66 people making direct complaints to her office were eligible for the stimulus payments based on the legal definition of what defines someone carrying on a business.

“The ATO’s original correspondence to some taxpayers didn’t provide them with procedural fairness before they made an adverse decision [against the taxpayer],” Ms Payne told ABC News.

She said had the ATO considered taxpayer views and evidence before finalising its decisions, “the ATO would have decreased the risk of flawed decision-making”.

In its response to the IGTO, the ATO’s acting second commissioner of law design and practice, Kirsten Fish, said the errors applied to “a very small number of cases on a specific technical issue”.

They were part of stimulus measures of an “unprecedented scale” that had resulted in more than $100 billion in financial support payments being delivered to more than one million business supporting more than six million workers.

The ATO, Ms Fish said, was “committed to procedural fairness” and had tried to provide “timely and clear” information in its guidance for taxpayers that “could be understood by broad audiences”.

But Ms Payne said while the number of “flawed decisions” may be a small portion of the millions of Australians who claimed the JobKeeper payment, the small businesses affected could suffer financially and emotionally, as do their employees and their families.

Some disputes have also ended up in court, leaving some taxpayers having to pay for legal advice and representation.

The IGTO’s report noted that at the end of November, of 374 cases that went before the small business taxation division within the Administrative Appeals Tribunal, 35 related to the JobKeeper payments and 30 related to the cash flow boost.

Ms Payne is also worried that many more taxpayers will remain unaware of their potential eligibility because the ATO won’t update its guidance.

“It [the ATO’s previous update to its public guidance] did not expressly address this issue in a clear or comprehensive way,” she said.

“Without updated guidance, there may be small business taxpayers who get left behind [by missing out on the stimulus payments].”

An ‘erosion of trust’ in Australia’s tax system?

Ms Payne said she considered more than 9000 objection cases on the ATO’s handling of the stimulus measures to be too high.

It is in the context of more than 22,000 objections by taxpayers to ATO decisions each year.

And her fear is that, as complaints are still being investigated, it could later emerge that the ATO was wrong in many other cases.

The ATO’s second commissioner, Jeremy Hirschhorn, had previously told Senate budget estimates the ATO would claw back $120 million out of $69 billion in JobKeeper payments due to “deliberate” or “reckless” mistakes.

The ATO told ABC News in a statement that about 30 per cent of the 9000 objections had been allowed in whole or part, but not all of them related to the issues raised in the IGTO’s report.

It said some taxpayers had seen the decision reversed after they provided more information, raised new issues or addressed ineligibility issues, such as lodging outstanding returns.

“These objections relate to a variety of issues and most of these objections are unrelated to the issues covered by the IGTO report,” the ATO statement said.

“Only a very small proportion of the objections relate to cases where the Commissioner is seeking repayment of monies paid to ineligible recipients.”

It said “new business entities who received some JobKeeper payments before being advised they were ineligible, have been advised by the ATO they do not need to repay us amounts”.

Asked why the ATO would not update guidance in line with the IGTO’s recommendations, the ATO said: “The advice and guidance strikes an appropriate balance in providing practical information for business”.

Ms Payne said some complainants would not have had their eligibility reconsidered if it were not for the IGTO’s complaint investigation and that “it is likely that there are many other affected taxpayers” who could be eligible.

“If the ATO does not take action to identify affected taxpayers and initiate appropriate remedial action … it will risk the erosion of public confidence in the fair and transparent administration of Australia’s tax system,” she said.

The ATO used template decision letters in these complaint cases that “did not advise taxpayers of these other avenues or rights of review – they only advised entities of the objection process”.

She also called for a faster process for dealing with these objections, which would help reduce costs for the taxpayer as well as the ATO’s administrative costs.

She said the IGTO does not have full unfettered access to ATO records and it took the agency one month – while her investigations were already under way – before they revealed the problem to her office.

“If we had better unfettered access to ATO records, maybe these issues could be resolved more quickly,” Ms Payne said.

Why the ATO’s decision turned out to be wrong

The small businesses thought they were eligible to receive the stimulus payments because they were actively trading before March 2020, before the COVID-19 pandemic shutdowns in Australia.

By actively trading, Ms Payne said this meant that they had started new leases or got bank loans to run their business but may have not yet opened their doors to the public to make sales of goods and services.

Ms Payne’s report gives the following example of why the ATO’s decision turned out to be wrong. It centres on what actually incorporates someone running a business:

A company was incorporated in July 2019 to fit out and run a cafe.

From August 2019 to December 2019 the company applied for the required council approvals to operate as a cafe and spent considerable funds fitting out the café premises.

The café opened in January 2020 with five employees. It made [about] $13,000 per week in sales until it was forced to shut in March 2020 due to a state government lockdown that was implemented in response to the pandemic.

At the time of the lockdown, the cafe employed 11 staff. The company reported GST on a quarterly basis and therefore reported its first sales in the tax period that ended on March 31, 2020.

The ATO decided that the taxpayer was ineligible for the [business cash flow boost] payment on the following grounds:

“We have reviewed your GST registration and you report GST on a quarterly basis. The last quarter that ended prior to March 12, 2020 was the quarter ended December 31, 2019.

“You commenced business after January 1, 2020 and could not lodge a GST return for the quarter ended December 31, 2019.”

Ms Payne told ABC News: “The issue is that when you read the letter it suggests that you would have had to make a sale before December 31 and reported to the [Tax] Commissioner to be eligible.

“But I can make a financial supply by opening a bank account or taking out a loan.

“That’s an eligible taxable supply that counts to show that you were carrying on an enterprise before December 31. It includes all the activities you do before you open your doors to carry out a business.”

She said the ATO’s ability to identify taxpayers affected by its adverse decisions is a broader issue that may warrant review by the Auditor-General.

Ms Payne in her report also noted an “inconsistency” between the ATO and Treasury published guidance on the stimulus measures.

She said disputes often arise “because there is a different understanding of the words as enacted and different expectations of the intentions of those words by those who are subject to the law as compared with those responsible for administering the law”.

She said it was important that the same people involved in drafting the law – including the ATO who assist or advise the drafters – should not also be responsible for determining how the law should be interpreted or administered.

“Without separation, there can be unnecessary disputes and confusion, which is not in the interests of efficient tax administration,” Ms Payne said.