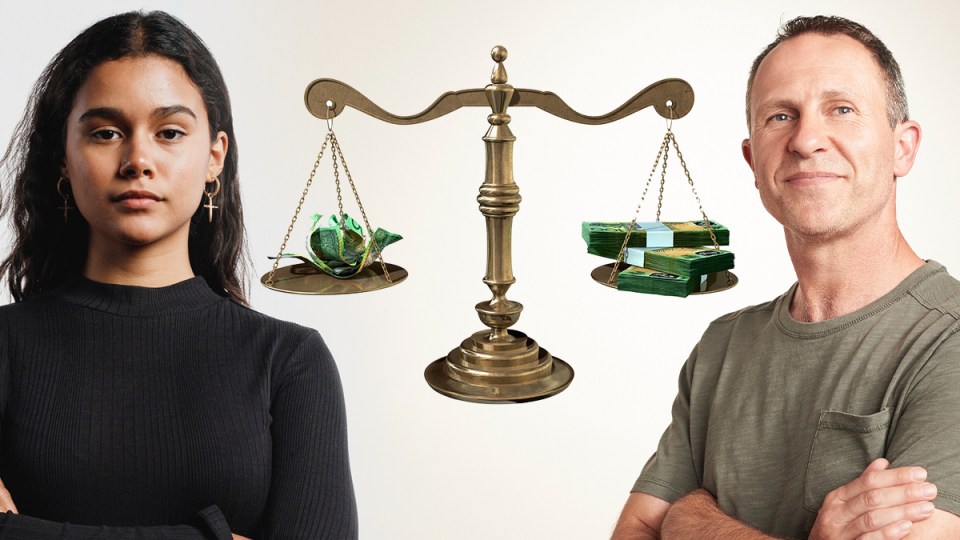 Younger people are losing out in the race to build wealth. Photo: TND

The intergenerational wealth divide has widened dramatically in the 16 years to 2018, with young people’s wealth increasing at a much slower pace than that of older age groups.

Australians aged over 65 reaped the largest gains in wealth, according to the Household, Income and Labour Dynamics in Australia (HILDA) report published by the University of Melbourne.

Older retirees experienced an even bigger jump: The wealth of Australians aged between 65 and 74 jumped by a massive 98.1 per cent, to $960,464. 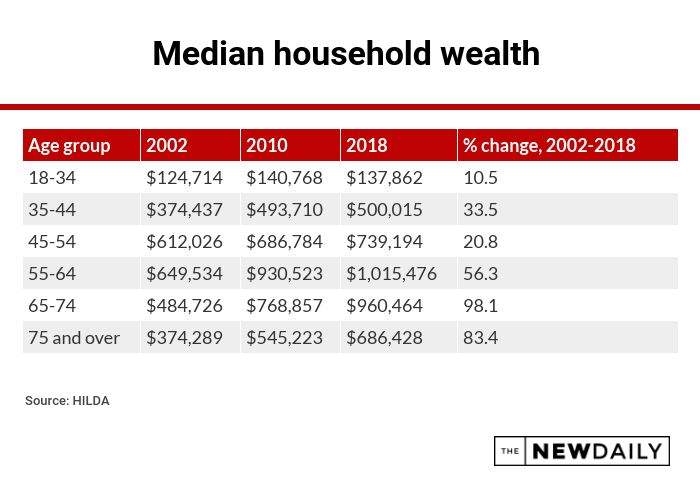 Part of the intergenerational disparity is caused by a decline in full-time work opportunities for young people, according to Conny Lenneberg, executive director of the Brotherhood of St Laurence, an organisation that works to alleviate poverty.

“In the past 10 years, there has been a decline in full-time work available for younger people year on year,” she told The New Daily.

The lack of full-time work coincided with a boom in house prices and was an important factor in keeping people out of the housing market.

HILDA’s figures show that home ownership rates have fallen for all age groups other than people aged 65 to 68, where they have remained flat.

However, the fall was much more pronounced for younger demographics.

Over the 16-year period HILDA surveyed, ABS data shows the average house price across eight capital cities rose by 139 per cent, locking an increasing number of people out of the market.

As a result, “those buying properties are paying off more debt and it is taking longer and we are also seeing lower rates of home ownership,” HILDA author Professor Roger Wilkins said.

“Policy settings have driven up asset prices and not stimulated the real economy so the nominal return on assets is higher than real growth in the economy,” Dr Anthony said.

“They have driven down interest rates to virtually zero and stimulated established property prices, while wage growth has been extremely low.

“What is needed is to use fiscal policy to rebuild the capital stock necessary to boost productivity and wages.”

As older people move into retirement, the value of their long-owned property and growing superannuation accounts is pushing up their relative wealth.

John Quiggin, an economics professor at the University of Queensland, did not see rising intergenerational inequality as a problem.

“People whose parents own houses will get one through inheritance or ‘the bank of mum and dad’.

“If you depend on wage income and your parents do not own a house it is getting harder for you to get one.”