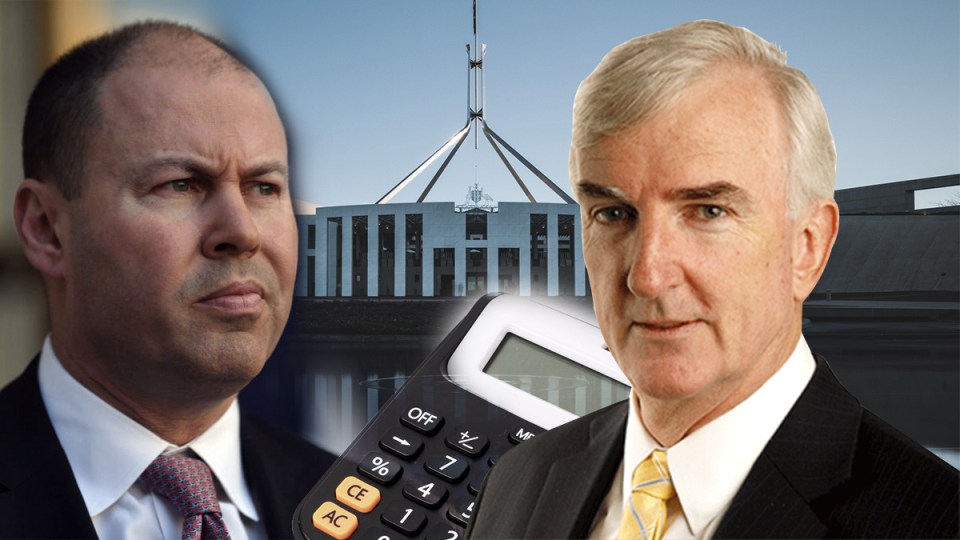 Which state will be the first to ask the federal government to refund the interest Josh Frydenberg is collecting on its debt?

A little-acknowledged sideline of the Reserve Bank’s money printing and Australian governments’ trillion-dollar debt is that the federal government gets back the interest it pays on the bonds the RBA buys.

The (admittedly low) interest the government pays the RBA is almost 100 per cent profit for the central bank, which is then paid as a dividend to the Treasurer. The bond buying can be done by one person in front of a computer screen – it’s a very low-cost operation.

The RBA is now buying state government bonds as well – $1 billion of the $5 billion it is creating each week to buy bonds is for state and territories paper – but the interest the states pay on those bonds will end up going towards Josh Frydenberg’s budget via that annual RBA dividend.

“By the middle of next year, we’ll own almost 20 per cent of Australian government securities on issue,” Governor Philip Lowe told the house economics committee this week.

Even at very low interest rates, that adds up to a nice little earner for the RBA and, hence, the Treasurer.

If the $20 billion of state bonds the RBA is presently committed to buy averaged 0.5 per cent, that would be $100 million a year the state treasurers would be donating to Josh Frydenberg.

The federal government’s ability to effectively borrow for nothing when the RBA buys its bonds is an advantage the states don’t enjoy. One of these days, a premier – or state treasurer – will wake up to the wheeze and ask Mr Frydenberg for the money back.

It will be an interesting conversation when the feds have been calling for the states to carry more of the economic stimulus burden. The states don’t have the much bigger taxing power the Commonwealth enjoys to eventually pay for the record deficits – or the RBA pea-and-thimble trick with debt servicing costs.

And it’s still early days in the RBA’s game of QE, “quantitative easing”, and how much government debt it will end up owning.

More importantly, in the medium and longer terms, it is also early days in the way central banks and governments need to look at their ballooning debts and deficits.

In a paper published on Monday by Larry Summers and Jason Furman (respectively the former US Treasury Secretary and former chair of President Obama’s Council of Economic Advisers), the learned pair suggest we have entered a new era for fiscal policy and even the way we measure it needs to change.

Writing with specific reference to US fiscal policy but with broader application, “we reject traditional ideas of a cyclically balanced budget on the grounds that it would likely lead to inadequate growth and excessive financial instability”.

That’s a sharp contradiction of what is still the prevailing wisdom for our federal government.

The paper makes the point that real interest rates were consistently falling long before COVID struck. (Never forget the RBA had to cut rates three times last year, back when the economy was supposed to be “strong”.)

Because real rates are so low and often negative, Summers and Furman suggest it’s no longer useful to measure government debt and deficits as a percentage of GDP – as our government and RBA do.

Instead, the correct metric should be the servicing cost of the debt as a percentage of GDP.

For the US: “As a new guidepost, we propose that fiscal policy focus on supporting economic growth while preventing real debt service from being projected to rise quickly or to rise above 2 percent of GDP over the forthcoming decade.”

Summers and Furman want the US government to use fiscal policy more now that monetary policy is reduced to pushing on the proverbial piece of string.

When the possibility of a credit rating downgrade was brought up during the parliamentary hearing, Dr Lowe indicated getting unemployment down was the most important thing for him, too, with debt levels a lesser matter for now:

“A downgrade of credit ratings doesn’t concern me. What I want to see is strong public finances in Australia. I think we have that and we’re going to continue to have that.

“It was important that we have disciplined fiscal policy and a credible medium-term plan, but a downgrading of the credit ratings from AAA to one notch below that is not of economic concern.

“What is of more concern is that people don’t have jobs. To borrow now, to make sure that the economy is recovering strongly and that people have jobs, I think is entirely sensible. Once we’re well down that road, then, rightly, return to fiscal discipline and getting debt levels down again.”

The question of the appropriate way of measuring the health or otherwise of government debt matters in making those decisions – and for the credit rating agencies, if they were smarter.

Given the speed of the current crisis, both Treasury and the RBA, like health authorities, have had to make it up as they’ve gone along.

Hopefully with the economy starting to slowly recover, at some stage there will be considered, non-doctrinaire discussions about what will be best for the nation.