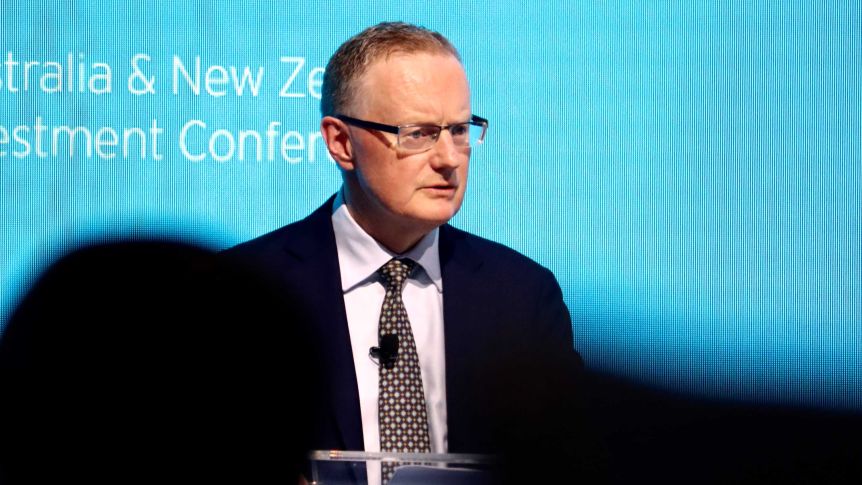 The COVID-19 pandemic has left households and businesses more risk averse, Reserve Bank governor Philip Lowe says, fearing that without an acceleration in activity it could take longer for Australia to recover from its recession.

Speaking at the CEDA Annual Dinner in Sydney, Dr Lowe said for some time “people will be more cautious in their borrowing and spending decisions”.

It was important that people guard against becoming too risk averse, he said.

“Over the past decade or so, there have been signs that our economy was becoming less dynamic,” Dr Lowe said.

“An increase in risk aversion would reinforce this trend.”

He said while he understood that in an uncertain world it can be hard to take on risk, “If businesses are to seize the opportunities that are out there to grow and to increase Australia’s productive capital base, some degree of risk-taking is necessary”.

On Monday, Australia’s sharemarket surged to an eight-month high.

Dr Lowe noted that the RBA would be “watching carefully” how people adjusted their investment portfolios as they searched for yield in a low interest rate environment.

“Some people will no doubt move out along the risk spectrum — as they do so, the additional investment risks will need to be understood and managed,” he said.

But there is also an upside to people holding back from increasing their debt when there’s a greater risk of financial stability.

In a speech last month, RBA assistant governor Michele Bullock warned Australia’s economic recovery would be “unpredictable and uneven” and more Australians could go into “negative equity”, where the value of their property falls below the outstanding balance on their mortgage.

Priority is to create jobs

Dr Lowe said the way both governments and central banks set fiscal and monetary policy had shifted, with the priority on creating jobs.

“In particular, the challenge facing Australia over the next few years is much more likely to be the creation of jobs, rather than controlling inflation pressures,” he said.

“So that is our focus too.

The board wants to do what it can, with the tools that it has, to support the national effort to reduce unemployment.”

To help achieve that, the Reserve Bank this month cut Australia’s cash rate to a record low 0.1 per cent — down from the previous record low of 0.25 per cent.

Dr Lowe has previously said he does not expect to increase interest rates for at least three years.

But he said at some stage there would come a time when Australia’s strong economic conditions once again justified higher interest rates.

But today, during a global pandemic when a lot of people have lost their jobs and many businesses are struggling, is not the time for that [rate rises].”

Dr Lowe noted the federal government’s priority was to support the economy and jobs and promote economic growth until the recovery was assured.

“This focus will remain in place until the unemployment rate is comfortably below 6 per cent,” he said.

“In the longer run, the strategy will shift to stabilising and reducing debt as a share of GDP. Doing this will provide greater flexibility to respond to future shocks, wherever they come from.”

He said the central bank had also shifted its approach to monetary policy from looking mainly at the expected rate of inflation, to looking at actual outcomes.

In its recent meeting, the board agree it would not increase the cash rate until actual inflation is sustainably within the 2 to 3 per cent target range.

“For this to occur, wages growth will have to be materially higher than it is currently,” Dr Lowe said.

“This will require significant gains in employment and a return to a tight labour market.”

While the RBA would still aim for the 2 to 3 per cent inflation target, the best way to do that would be by “getting people back into jobs”.

If this can be done, we will get closer to both full employment and the inflation target and enhance the economic welfare of the Australian people,” Dr Lowe said.

The RBA is also now undertaking QE, or quantitative easing, as many other central banks are also doing.

The pandemic had also left a mark on the digitalisation of Australia’s economy, Dr Lowe said.

“In some areas, progress that otherwise would have taken years has been made in a matter of months,” he said.

“The combination of necessity, new technologies and the easing of regulations has made a real difference.

Digitalisation is not only helping Australians deal with the pandemic, but it will also boost productivity and can help drive future economic growth.”

Examples of this included the uptake of telehealth and the availability of electronic prescriptions.

“Many people are also benefiting from not having to travel as much for work and for meetings.”

There has also been rapid growth in online retailing, with many people shopping online for the first time.

“Reflecting this, online retail sales have increased by 80 per cent since the start of the year,” Dr Lowe said.

And more people are paying for goods and services electronically.

“One side effect of this is that the use of banknotes for transactions has declined considerably, with the value of cash withdrawals falling by 17 per cent this year,” he said.

“This acceleration in the shift to a more digital economy is prompting firms to innovate and to find new ways of doing things.”

Dr Lowe is due to give a second speech this week, on Wednesday, as part of a virtual panel discussion on “Australia’s economic recovery post-COVID” at The Australian’s Strategic Forum.

RBA warns pandemic has made business too risk averse