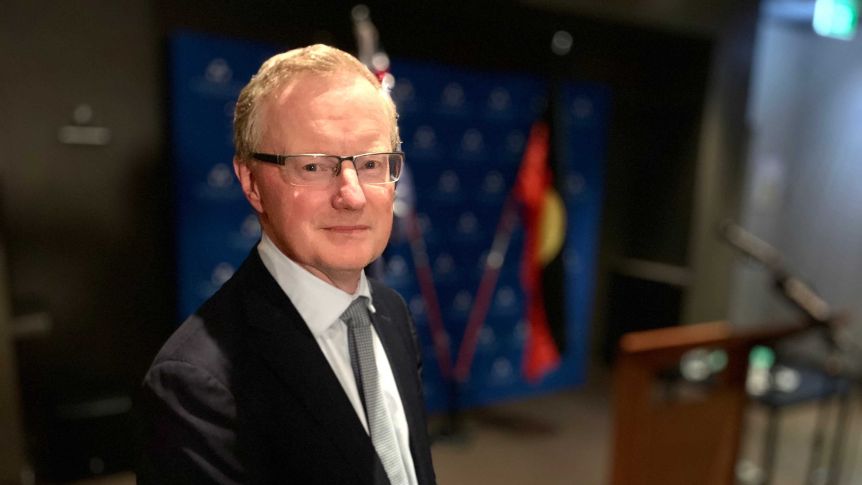 RBA governor Philip Lowe will be detailing the logic behind the latest rate cut. Photo: ABC

The Reserve Bank dominates the economic calendar this week with public appearances of its governor, his deputy and an assistant governor, coming alongside the latest crucial jobs figures.

RBA governor Philip Lowe will have his first opportunity to further explain the thinking behind the central bank’s monetary policy easing two weeks ago and its bond buying program, otherwise known as quantatitive easing.

Addressing the CEDA annual dinner on Monday, Dr Lowe will also get a chance to give his thoughts on the response to the cut in the cash rate to a record low 0.1 per cent, which saw the big four banks cut their fixed-rate mortgages, but left their variable home loan rate unchanged.

AMP Capital Chief economist Shane Oliver expects Dr Lowe will reiterate the economic recovery will continue to be “bumpy and uneven” and that it stands ready to do more if needed.

“Recent positive news regarding a vaccine may suggest upside risks to the RBA’s growth forecasts if a vaccine can be rolled out earlier than expected,” Dr Oliver said.

Assistant governor for financial markets Christopher Kent will speak to the Australian Securitisation Forum 2020 on Tuesday, the same day as the minutes from the November rate-cutting board meeting are released.

Deputy governor Guy Debelle will also participate in a foreign exchange gathering on Tuesday, while Dr Lowe will take part in a panel discussion at another forum on Wednesday.

Labour force figures for October are released on Thursday. Economists expect the number of people employed will fall by around 30,000 reflecting Victoria’s COVID-19 lockdown at the time and signs in other states that the jobs recovery is running out of steam.

That will see the unemployment rate lift to 7.1 per cent from 6.9 per cent in September, but still shy of the most recent 7.5 per cent peak seen in July.

However, both the RBA and Treasury expect the jobless rate to hit eight per cent by the end of the year.

Before then, the wage price index for the September quarter will be released on Wednesday, a key measure of wages growth used by the RBA and Treasury.

Economists expect the steep fall in employment and spike in the jobless rate as a result of the pandemic will see only a tiny 0.1 per cent rise in the quarter for an annual rate of 1.4 per cent, which will be the slowest growth on record.

Australian shares look set for a positive opening after Wall Street ended a volatile week on a high, aided by upbeat earnings results and optimism of a successful COVID-19 vaccine being found.

A matter of interest: RBA Governor Philip Lowe has some explaining to do