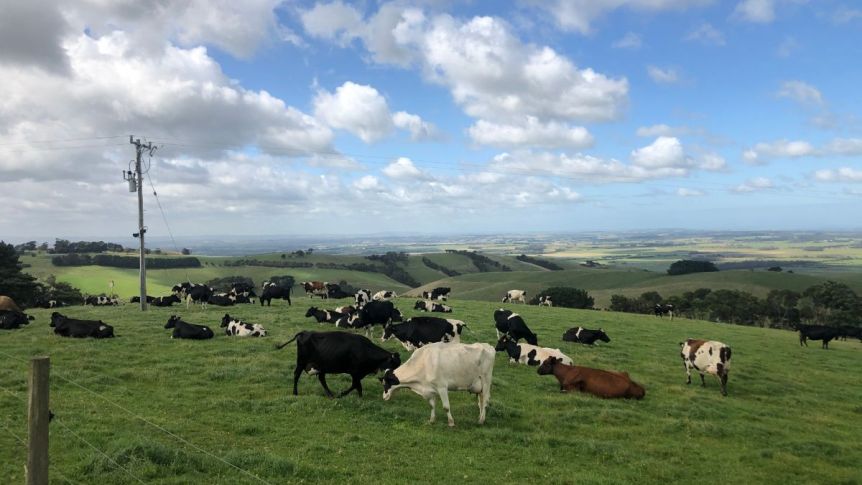 Dairy exporters have hit record milk powder sales to China this year, but are about to face a doubling in tariffs under the China Australia Free Trade Agreement (ChAFTA).

New government figures show Australia sold a record amount of whole milk powder to China this year, enough to trigger a 10 per cent tariff on exports for the remainder of 2020.

It comes as Victorian timber exports to China have been stopped and winemakers prepare for the possibility an interim tariff could be placed on Australian wine, while China investigates dumping and countervailing claims.

Australian dairy exports to China have grown to be worth more than $1 billion a year, and so far the industry remains unaffected by souring trade tensions between the two nations.

Now, a change to trading conditions for whole milk powder is expected by the Department of Agriculture Water and Environment in accordance with trade rules.

Under ChAFTA, preferential tariffs can be withdrawn once a Special Agricultural Safeguard (SSG) is triggered.

The department has told the ABC it expects the safeguard will be triggered this month, leading to a doubling of tariffs on whole milk powder, but could not say when.

It would be the first time the safeguard has been triggered since ChAFTA was signed in 2015.

A department spokesman said triggering the safeguard was an indication of China’s strong demand for milk powder, which is often used in food manufacturing.

“As a result, the tariff on Australian milk powder exports to China for the remainder of 2020 will increase from 5 per cent to 10 per cent once the tariff volume is reached,” the spokesman said.

“The tariff volume for Australian milk powder in 2020 is 22,335 tonnes and exports to the end of September were 19,726 tonnes. Based on 2019 exports, we would see the volume likely reached in late October or early November.”

Despite reaching the quota in late December 2019, the safeguard has never been triggered on Australian milk powder under ChAFTA.

Last year, sales of whole milk powder to China were worth about $156 million.

Under the ChAFTA, preferential tariffs would be reinstated at the end of the calendar year.

The SSG was triggered on red meat exports to China in July, representing record sales for the sector.

Meanwhile, winemakers fear China could introduce tariffs that would apply to the trade for the 12 to 18-month investigation into claims the Australian industry was subsidised, and its winemakers sold wine to China below the cost of production.

If China were to apply the tariffs on wine, it is understood they would apply retrospectively from when the investigation was launched in August.

Earlier this year, China put 80 per cent tariffs on Australian barley, before a number of Australian abattoirs and two grain exporters were suspended from trading.

Australian exports of cotton, timber and rock lobster have also been caught up in trade disruptions.

Dairy exports to China reach new record, but higher tariffs are on the cards