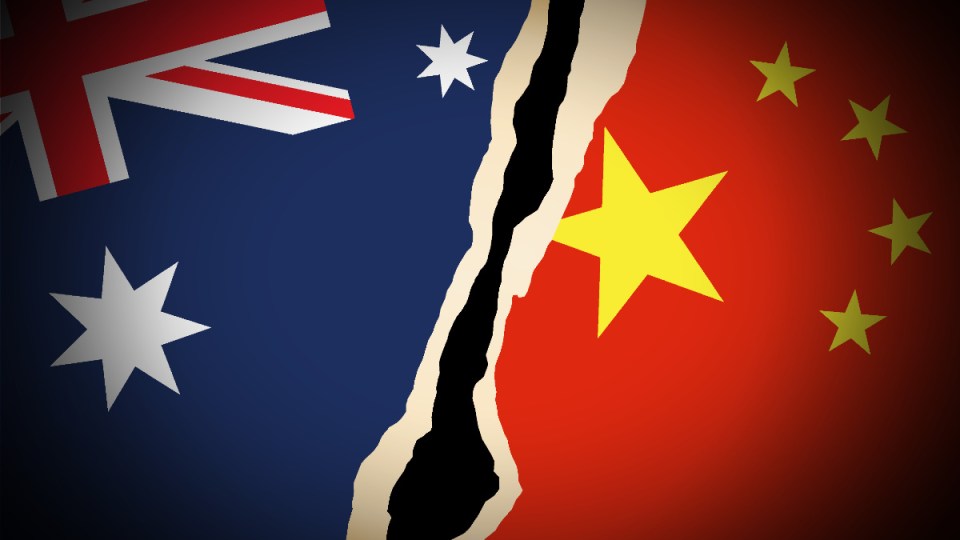 China’s increasingly belligerent threats to close its markets to Australian exports have excited talk of a full-blown trade war.

But let’s not panic. These threats are best understood as psychological warfare, not a statement of reality.

The message from Chinese state media in the days before the mooted bans were supposed to take effect was loud and clear. The China Daily editorialised that “Canberra only has itself to blame” and warned the Morrison government to “steer clear of Washington’s brinkmanship with China before it is too late”.

Already this year China has taken punitive action against Australian barley, beef and possibly coal, and threatened the loss of Chinese tourists and students.

China has a history of using coercive economic pressure as a political weapon.

In 2011, for example, it restricted salmon imports from Norway after the awarding of the 2010 Nobel Peace Prize to Chinese dissident Liu Xiaobo. In 2012 it banned bananas from the Philippines in the wake of territorial disputes in the South China Sea. And so on.

But such pressure has been narrowly focused, and China has been careful to maintain “plausible deniability”, using excuses like food safety concerns to avoid being taken to the World Trade Organisation for flouting international trade rules.

This action against Australian exports would be unprecedented in China’s economic statecraft. It would be impossible for China to deny its motives.

Politics by other means

Though the Chinese market for the seven threatened export products is valuable, it’s important to note they represent just 4 per cent of the $150 billion in Australia’s exports to China in 2019-20, and less than 2% of the value of all Australian exports.

The exports that are the backbone of the Australia-China trade relationship – such as iron ore – have avoided mention. That’s for good reason. In the first nine months of 2020, China relied on Australia for 60 per cent of its imported iron ore – crucial to make the steel needed for building bridges, factories and high-rise apartment blocks.

Rather, by inflicting serious harm on lobster fisherman through to winemakers, the Chinese government is seeking to turn Australian producers into lobbyists that help it achieve its foreign policy objectives.

But if that’s the intention, there’s little evidence the plan is working.

With a few high-profile exceptions, Australian business groups have been conspicuously quiet as the bilateral political relationship has deteriorated since 2017.

Indeed, a key lesson from research on economic coercion is that success is difficult to achieve. One reason is that targets take steps to make themselves less vulnerable.

Chinese threats against Australia, for example, have led to calls for Australia to diversify its export markets.

With Australian public opinion towards China continuing to plummet, there is also the prospect of hardening the Australian government’s resistance to Chinese pressure.

As political scientist Greg McCarthy (a former BHP Billiton chair of Australian studies at Peking University) has argued, the “political ballast” for the Australian government’s China policy stems in large part from the “popularised perception of a China threat to national sovereignty”.

So it isn’t surprising China appears to have hesitated in moving from threat to action. Such moves would have hurt China, too.

Leaving it to business

So far the Australian government is maintaining a steady approach to the trade relationship.

On Monday federal Trade Minister Simon Birmingham noted the “rumours” of an outright blanket did not “appear to have materialised”.

While there were “areas of problem and concern” such as delays in live lobster shipments being cleared through Chinese customs, he said, “we will continue to work at an administrative and diplomatic level to try to understand and resolve those points of concern”.

Prime Minister Scott Morrison has maintained that judgments on trading with China “are not decisions that governments make for businesses”.

The rationale would appear to be that China’s targets for punishment will vary from sector to sector and change over time. With their own money on the line and their industry knowledge, businesses are best placed to assess developments and manage risks.

The government can certainly support those assessments by, for example, partnering with industry bodies to fund research into the risks exporters face, providing businesses with clarity on where it sees foreign policy headed, and sharing insights gleaned from its diplomatic network and national security agencies.

With China’s purchasing power over the next decade forecast to grow more than that of the US, Japan, India and Indonesia combined, expect Australian businesses to craft more sophisticated strategies to manage coercive risk, rather than just looking to sell more to other markets.

Either way, Australia has less to fear from China’s trade threats than some might think.

James Laurenceson, Director and Professor, Australia-China Relations Institute (ACRI), University of Technology Sydney. This article is republished from The Conversation under a Creative Commons license. Read the original article.

Why excited talk of a trade war with China is overblown