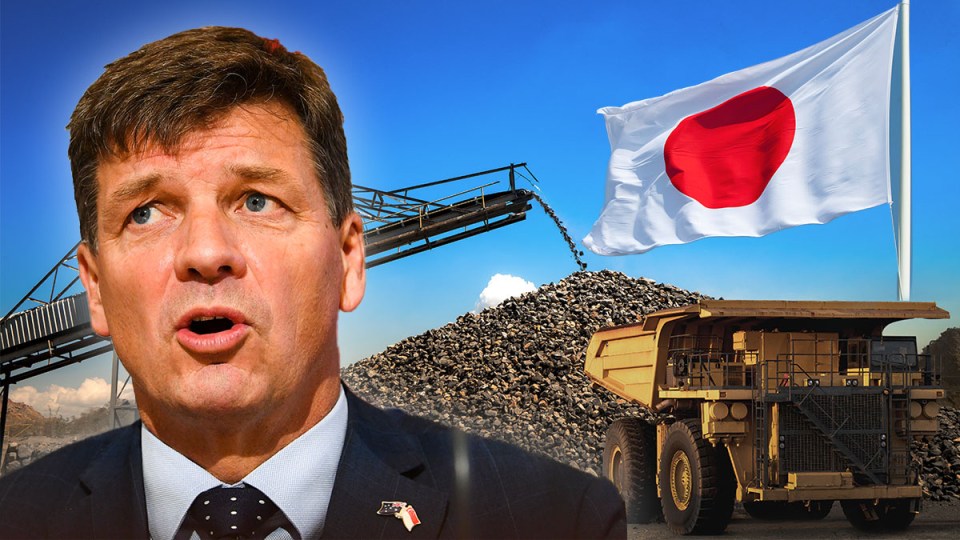 Australia has so far failed to announce a deadline on its pledge to achieve net-zero greenhouse gas emissions. Photo: TND

Australia risks losing billions of dollars in export revenue and alienating crucial trade partners unless the federal government announces a firm deadline by which to achieve net zero emissions, analysts have said.

The warning comes after Japan, the largest importer of Australian thermal coal and liquified natural gas (LNG), announced a target of net-zero emissions by 2050.

In his maiden policy speech to the nation’s parliament, newly appointed Japanese Prime Minister Yoshihide Suga said “responding to climate change is no longer a constraint on economic growth” for the world’s third-largest economy.

“I declare we will aim to realise a decarbonised society,” Mr Suga said.

The announcement is a major departure from Japan’s previous objective of an 80 per cent reduction in emissions by mid-century and net zero achieved “as soon as possible” in the second half of the century.

And the edict comes just weeks after China surprised the UN General Assembly by committing to “carbon neutrality” by 2060.

Blueprint Institute chief economist Dr Steven Hamilton told The New Daily both announcements point to an “inescapable conclusion” that the Australian coal industry is in decline.

With Japan and China accounting for 52 per cent of coal exports, Dr Hamilton said the latest move underscored the need for Australia to embrace cleaner energy to capitalise on its “generous, low-cost stores” of renewable energy.

“There is a lot at stake, economically speaking,” Dr Hamilton said.

“Coal exports are worth around 2 per cent of our national output, which is enormous – it’s of massive economic value to Australia and particularly to areas like Queensland, which rely heavily on coal.”

According to the Investor Group on Climate Change (IGCC), Japan’s statement means more than 60 per cent of Australia’s two-way trade partners have an established net-zero target, with that figure to climb beyond 70 per cent if the United States elects Joe Biden as president.

The IGCC suggests Australia could benefit from $63 billion in additional investment dollars over five years if the government announced a firm net-zero deadline.

Beyond the immediate ramifications for coal and gas, Dr Hamilton noted Japan’s decarbonisation pledge had implications for local high-export industries such as agriculture.

Along with the European Union’s proposed ‘carbon border adjustments’, Australian exporters could pay a significant price for the government’s inaction on climate amid jeopardised free trade agreements, he said.

“If Japan aggressively decarbonises over the next 30 years as a significant trading partner of ours, they’re going to start applying pressure on us to reduce the carbon intensity of these goods to prevent leakage,” Dr Hamilton said.

But Japan’s declaration could also hasten Australia’s evolving efforts within the green hydrogen space, he said, with the renewable energy likely to feature heavily in plans to fuel its economy.

“Japan already established a desire to trade with Australia in hydrogen as an export commodity,” Professor Baldwin told The New Daily.

“I suggest where [domestic and export] coupling happens, as would be the case for example with hydrogen, this will help drive the impetus for domestic energy transition more so than commodities that are purely export based.”

So – to be ultra clear on this: the Australian government’s own projections show that Australia on track to miss:

The federal government last week fast-tracked the approvals process for a $36 billion Asian Renewable Energy Hub in Western Australia’s Pilbara region, which would produce hydrogen and ammonia for export by the end of the decade.

However, Mr Taylor’s spokesperson did not directly respond to questions on how the government would mitigate the financial impact on exporters who rely heavily on trade with Japan and China.

According to DFAT figures, Japan bought $38 billion worth of thermal coal and LNG from Australia in the 2018-19 financial year alone.

“The government’s policy is to achieve net-zero emissions in the second half of the century, consistent with the Paris Agreement,” he said.

“Australia’s ambition is to be a global leader in low-emissions technology solutions. It’s a plan that will bring the world with us, creating jobs and supporting future prosperity.”

But shadow minister for energy Mark Butler said the Coalition’s stance was out of step with state and territory governments, as well as Qantas, mining giant BHP, the National Farmers Federation and the Business Council of Australia.

“The Morrison government is prepared to risk jobs by doing nothing on climate change and insisting that targets be excluded from trade deals,” Mr Butler said.