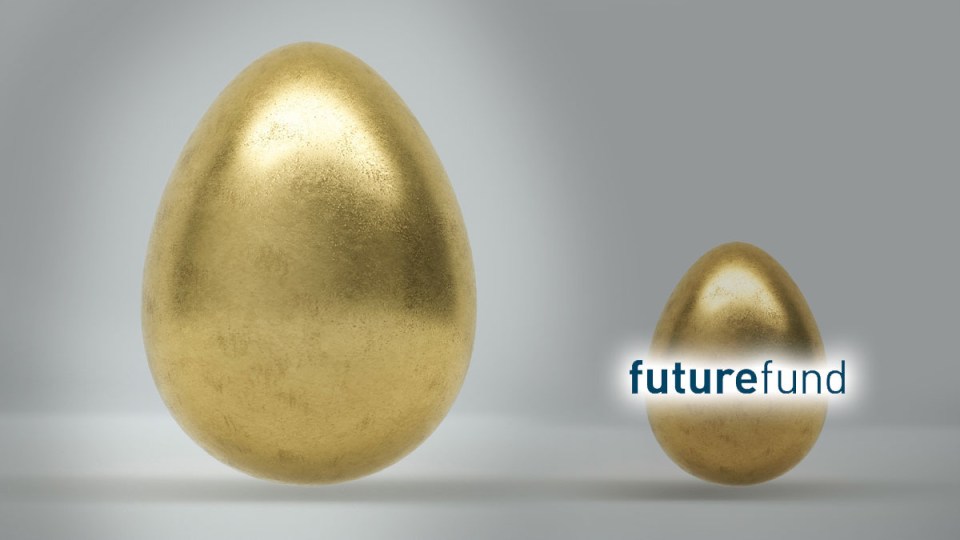 Chant West reported that the average ‘growth’ fund with between 61 per cent and 80 per cent invested in growth assets returned 2 per cent for the September quarter, mainly off the back of surging international sharemarkets.

The Future Fund, meanwhile, reported a 1.1 per cent return for its $162.8 billion portfolio over the same period. 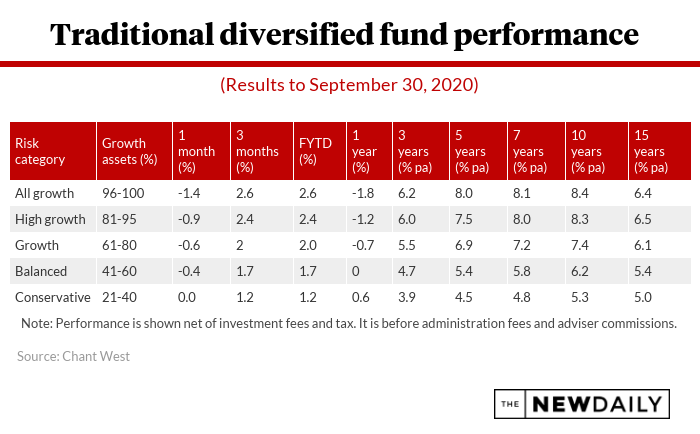 Super funds have performed so strongly of late that they are almost back at pre-COVID levels.

“The market falls in February and March this year saw the average growth fund lose 12 per cent in value,” said Mano Mohankumar, researcher with Chant West.

“Given the effects of compounding [interest], they need to rise another 2 per cent to get back to January’s levels,” Mr Mohankumar added.

“That could happen this year.” 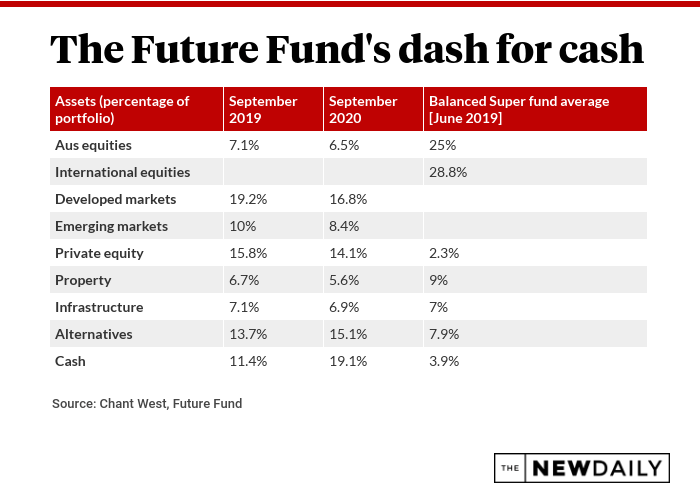 Although super funds are adopting a ‘steady as she goes’ approach to investing during the pandemic, the Future Fund has changed course rather dramatically, dashing to cash in response to uncertainty.

“Our dynamic investment approach protected the Fund’s assets and helped navigate the unprecedented dislocation brought about by COVID-19,” he said.

“For some time, we have been focused on increasing portfolio flexibility, ensuring the Future Fund is well positioned to take advantage of opportunities that arise in the current market.”

As a result, super funds are now delivering higher returns than the Future Fund over one and five-year periods.

Although that outperformance for super funds might look attractive, Professor Mark Crosby, international business specialist at Monash University, said their structure and business needs effectively denied them the ability to bargain hunt once the economy had bottomed.

“The fact that the super funds have not moved more to cash reflects the needs of the funds rather than what the fund managers would like to do,” he said. 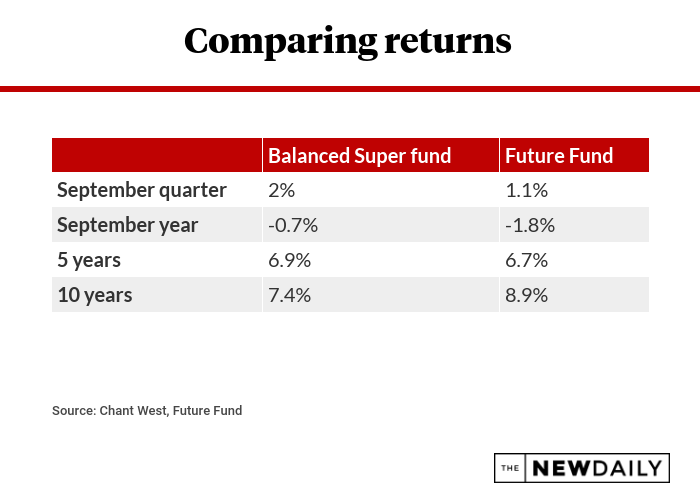 “If a super fund rushes into cash and gets the timing wrong it would have a big impact on members,” he said.

In a competitive super environment, even short-term falls in performance would encourage members to switch funds.

Some funds went conservative last year [when markets were high] and the result was they were identified as underperforming in APRA heat maps,” Mr Fryer said.

Conversely, with the government deciding not to withdraw money from the Future Fund until 2026-27, the fund’s successful investment strategies would create an eternal pool of capital.

“If they have a 15 to 20 year period to pay out, then we may suppose that there won’t be any reduction in size of the fund,” Professor Crosby said.

“Given the large blowout in public debt we are experiencing, keeping the fund alive with several hundred billion in it won’t cost much and would be attractive.”

Is it worth it?

However, Stephen Kirchner, trade and investment program director at the United States Study Centre at the University of Sydney, said retaining the Future Fund was not an advantage.

“Financially it makes no difference if the government provides funds [for public servants’ superannuation] from current or future revenues,” he said.

Dr Kirchner said although some countries had built up significant sovereign wealth funds it was not necessarily a good strategy.

“Australia is in a different position to Norway, Alaska or the Gulf States,” he said.

“They have one resource [oil] and need to make provision for when it runs out because their economies depend on it. Australia has lots of diversified resources and while resources make up a large proportion of exports they are not that important to the economy, which is mainly services.”

The Future Fund, he said, was a response to a problem experienced back in the early 2000s.

“The government had more revenues than it knew what to do with,” Dr Kirchner said.

“They could have just as easily reformed the tax system so that it was less reliant on cyclical revenues.”