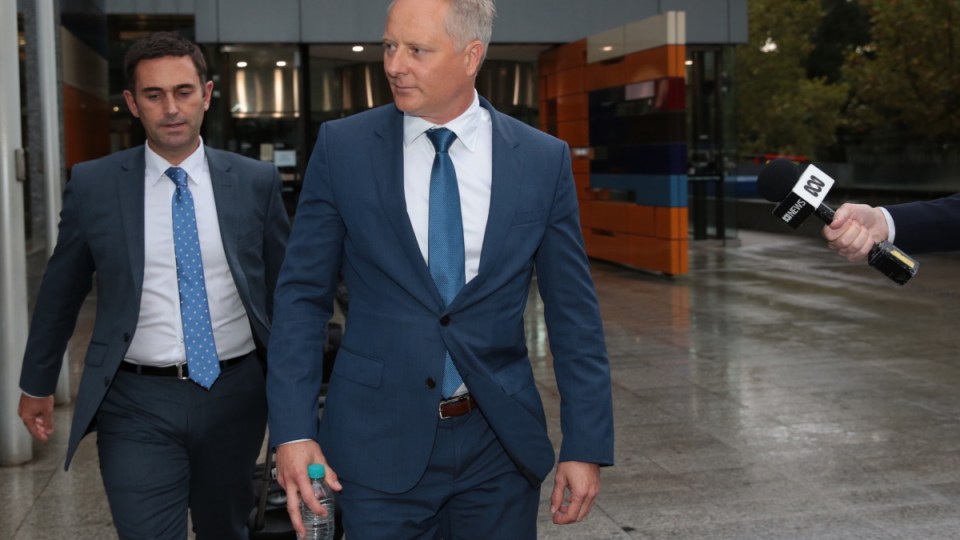 Sam Henderson (right) at the Federal Court in Melbourne in 2018. Photo: AAP

Celebrity financial guru Sam Henderson seemed to have it all – an award-winning business, his own TV show, and columns in major papers and magazines.

But – despite repeatedly claiming so – he never actually held a master’s degree in commerce.

On Tuesday, the Sydney-based former financial planner was convicted of three offences, fined $10,000 and placed on a two-year good behaviour bond for that lie told over several years.

He pleaded guilty in August over the information printed in brochures and PowerPoint presentations for his business, Henderson Maxwell.

The claim was also repeated by a freelance writer, who interviewed the North Curl Curl man for a management school.

Although the material was removed before Henderson’s bruising encounter at the banking royal commission and subsequent departure from the financial industry in 2018, Sydney magistrate Jennifer Atkinson said the claims were “directly relevant” to the industry.

“It was conveying to the world that he has a master of commerce (financial planning),” she said on Tuesday.

“He spoke to the freelance writer and spoke of the benefits of the course he had completed.”

Henderson, who has since been banned from providing financial services until 2022, was facing a maximum fine of $83,200 and jail time.

While Henderson was unlikely to ever work in the industry again, the magistrate saw a strong need to deter the community from committing the same offence.

“Financial advisers are in a special position – people rely on their advice,” she said.

“Whilst there is no evidence before me that anyone suffered any loss, people consider what is in financial material … when they decide who will be their financial adviser.

“That information needs to be correct.”

A breach of the bond could result in Henderson being re-sentenced.

ASIC is seeking legal costs, described by Ms Atkinson as “quite a substantial amount of money”.

The sentence was watched by former Henderson Maxwell client Donna McKenna, who told the banking royal commission in 2018 following Henderson’s superannuation advice could have cost her $500,000.

In his interim report in 2018, Commissioner Kenneth Hayne concluded Henderson’s advice wasn’t in the best interests of Ms McKenna, a Fair Work commissioner.

Mr Hayne also refused to excuse the defective advice because Henderson said it was in “draft” form.

The Financial Planning Association’s Conduct Review Commission later fined Henderson $50,000 after finding him guilty of nine out of 10 rule breach allegations brought against him following Ms McKenna’s complaint. At the time, it was the largest fine the association had imposed.

He was also expelled from the FPA.