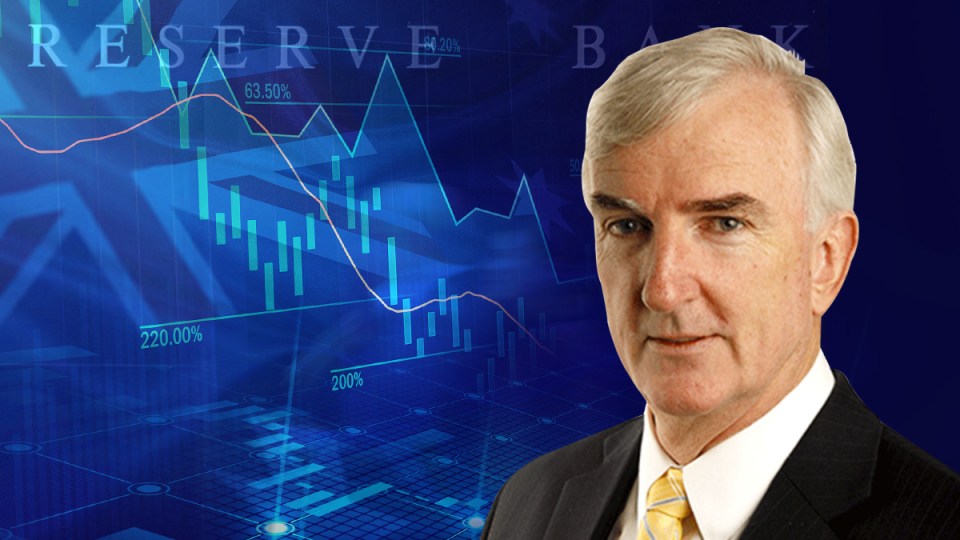 The speed with which Australia's economy returns to normal will depend on business investments. Photo: The New Daily

You can lead businesses to tax deductions, but you can’t make them invest.

That reality is the prime danger for the government’s business-based recovery plan – and the threat has been made worse by businesses increasing the hurdle rate of return they want to see before putting their own money down.

EY chief economist Jo Masters made the observation during an Association of Superannuation Funds of Australia post-budget panel that while the cost of money was down, the risk premia businesses seek had increased – leaving the hurdle rate for investment higher than before COVID-19 struck.

It’s a view I subsequently confirmed with other economists.

Treasurer Josh Frydenberg on Sunday explicitly confirmed the government was relying on business to invest for economic recovery.

"They've done what center-right governments do, which is outsource the recovery, give people money and hope they spend it," says @murpharoo.

"I think that central gamble about there being pent-up demand … is a big one in the current environment." #insiders #auspol pic.twitter.com/EfHPTAGNEA

“The Morrison government sees the government itself as a catalyst for the economic recovery, not the solution,” he said on ABC television.

“This is the philosophical divide between us and our opponents. They see government as the solution.”

Philosophy is all very nice to contemplate. What counts is whether it works or not. The current signs are that it won’t.

Non-resources investment was already weak before the pandemic. The Reserve Bank twice cut its cash rate last year, reducing it to 0.75 per cent, to try to entice investment – to no avail.

“We hear reports that a hurdle rate of return of 13 to 14 per cent has been hard-wired into the corporate culture in some companies,” he said.

Despite the cheapest money ever, the collective Australian management and board mindset remained stuck. Dr Lowe had the graph to prove it, the hurdle rate barely moving while the cost of money dived. 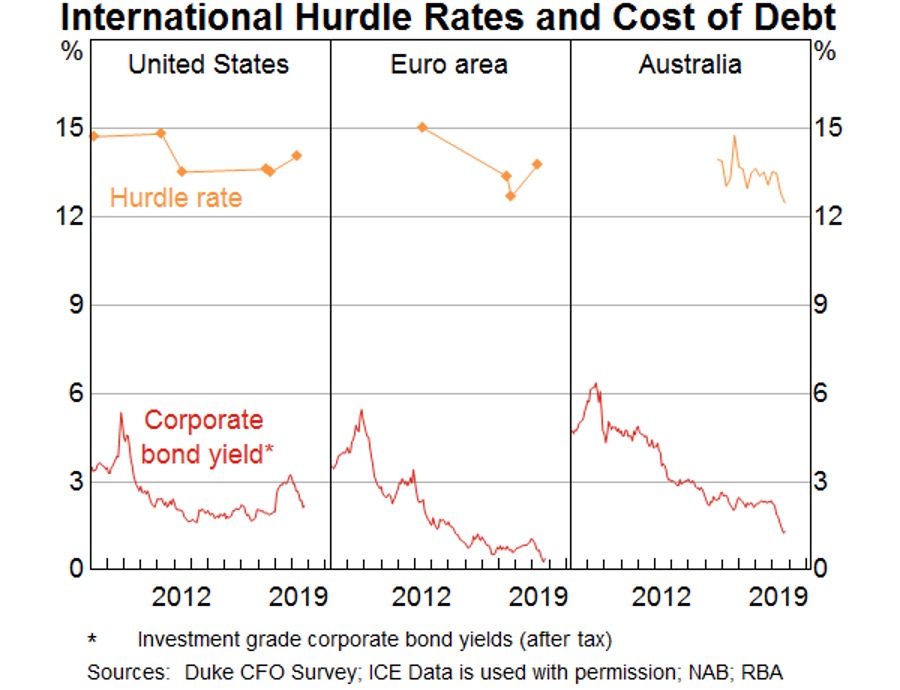 To give one example, Tabcorp’s David Attenborough: “We haven’t lowered our hurdle rates at this time. Although interest rates are an input to our cost of capital, equity risk premiums have, in our view, gone up, balancing out any benefits from low interest rates.”

And that’s Tabcorp, operating in a cosy domestic gambling industry.

It is bemusing to now hear the Treasurer and Prime Minister often quoting (or misquoting) RBA statements as justification for policies when for years they had been ignoring the bank’s pleas for greater public investment.

Consequently, the RBA was running low on interest rate ammunition when the ’rona recession hit. It has certainly been busy, throwing many scores of billions of dollars at the crisis one way or the other, but it has only be able to trim its cash rate by another 50 points to 0.25 per cent.

Another half a per cent off the cost of money doesn’t rate in boardrooms compared with the much greater uncertainty over what the hell might be happening next with higher unemployment, stagnant population growth, the reduction in the government’s big support payments and whatever the virus does next.

What the government is offering business in place of JobKeeper and instead of a major direct job creation strategy is a mix of improved tax deductions and grants, including subsidising the hiring of new apprentices and trainees and other workers under the age of 35.

One policy is unambiguously helpful: The tax carry-back initiative whereby a company losing money this year can effectively average that loss against a profit it made last year, thus being able to claim back tax it has paid.

The budget is allocating much more though for the immediate write-off of buying capital equipment and allowing a more generous definition of what that “equipment” might be.

The key problem with this investment incentive centrepiece is that a business has to be making a profit to be able to take advantage of it and a pretty secure profit at that.

(What’s more, the immediate write-off only pulls forward the tax deduction that would occur over the life of the investment anyway.)

Similarly – and putting aside the age discrimination – the $200-a-week wage subsidy for new hires relies on businesses already having sufficient profit and demand to add more workers, plus confidence that demand for their products will continue to grow.

Remember at this point that nearly all the economy’s growth in recent years has come from population growth, pretty much all the growth in household consumption occurred because there were more households. Now Treasury has told us there will be extremely little population growth for two years and less than we’re used to after that.

Yes, the risk premia, the danger of an investment not paying in the present climate, has jumped and so has the hurdle rate.

Some fortunate companies are still doing well and will be able to take advantage of the government’s largesse.

The LNP Gazette (aka The Australian) went in search of such companies for a budget follow-up puff piece for Thursday morning. The result was a risible effort even for The Australian.

“Employers vow to hire more staff” proclaimed the Page 1 headline, but if anyone bothered to read the story, they would find just two such employers – avowed Trump and Liberal fan Anthony Pratt, whose thriving Visy packaging and recycling business could well pick up some extra government money, and Gerry Ryan, whose Jayco caravan business is absolutely booming anyway, if anything helped by the pandemic forcing Australians to holiday at home.

The article included a non-committal platitude by the Business Council of Australia with no hint of hiring more people.

If there was a reliable way of measuring it, I’d happily bet that BCA members will collectively be employing fewer people at the end of this financial year and next calendar year than they are now.

There’s a simple reason for that: With the government’s philosophy overtaking pragmatism, the demand for BCA members’ products and services won’t justify it.

As The New Daily reported in its budget coverage, Josh Frydenberg’s forecasts of household consumption surging are, at best, “fanciful”.

He would have us believe that in the next financial year with unemployment about 7 per cent, most people saying they will save and not spend this year’s tax cuts, a tax increase for most people in 2021-22, real disposable incomes falling, no population growth, and lacklustre business investment, household consumption will somehow soar by 7 per cent.

Sure, there will be some pent-up demand from the constraints of this financial year, but nowhere near enough to achieve the fastest GDP per capita growth since the 1960s.

What should also worry business before hiring an extra worker or buying another HiLux is that the Morrison/Frydenberg government is doubling down on its philosophical bet about business leading the recovery.

The Guardian’s Greg Jericho notes that public sector investment will grow by only 2.5 per cent next financial year – the lowest since 2014-15.

Now, what was the RBA suggesting the government do back then and over subsequent years when the Treasurers of the day were claiming the economy was “strong”?

Mr Frydenberg’s Sunday statement is in danger of being correct – this government is not the solution.