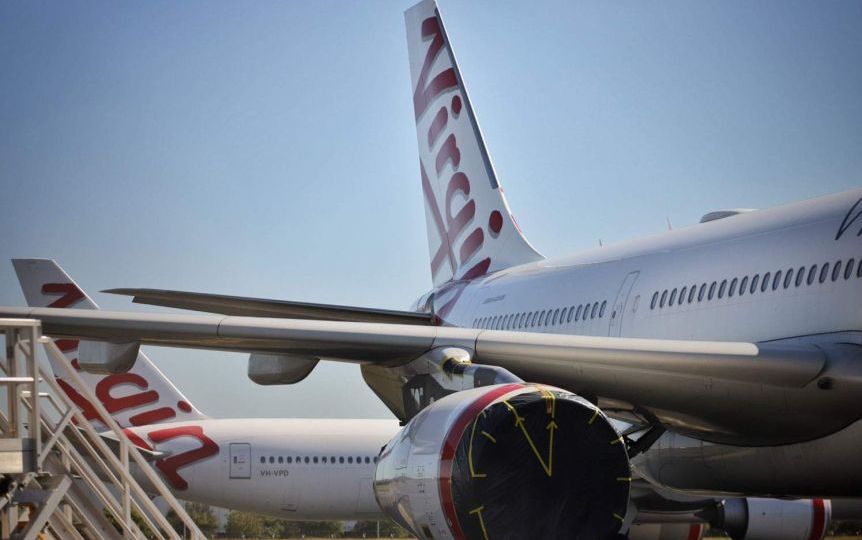 The deal, to be signed on Monday, will mean Virgin's headquarters stay in Brisbane. Photo: ABC News/Chris Gillette

Queensland Premier Annastacia Palaszczuk has confirmed a $200 million investment deal with Virgin Australia is set to be signed on Monday.

Ms Palaszczuk said the deal would ensure the airline’s headquarters stay in Queensland.

Treasurer Cameron Dick said the Queensland Investment Corporation would sign an agreement with the airline’s new owners Bain Capital “to finalise our commitment to securing Virgin in Queensland”.

“It will be a 10-year agreement and that will secure the headquarters and as many jobs as we can in Queensland,” he said.

The Australian is reporting that 10 per cent of the money will be direct equity in Virgin Australia, while the rest is loans and other financial support.

Mr Dick said the government had worked hard to have a second national airline based in Queensland, especially for regional communities that are so dependent on competition in aviation.

Meanwhile, the state government has announced a partnership with Boeing that will see the first military aircraft to be designed, engineered and manufactured in Australia in more than 50 years.

Ms Palaszczuk, who described the deal as “ground-breaking”, said the partnership meant more high-skilled jobs, local supply opportunities and defence industry stimulus as Queensland continued to recover and grow from the COVID downturn.

“The creation of additional new aerospace capability could see unmanned defence aircraft produced here by the middle of the decade, with prototype testing and certification taking place before that,” she said.

“The unmanned teaming aircraft is Boeing’s first military aircraft to be designed and developed outside the US and uses artificial intelligence to extend the capabilities of manned and unmanned platforms.”

The Boeing deal was signed a day before the Queensland government went into caretaker mode ahead of the October 31 state election.