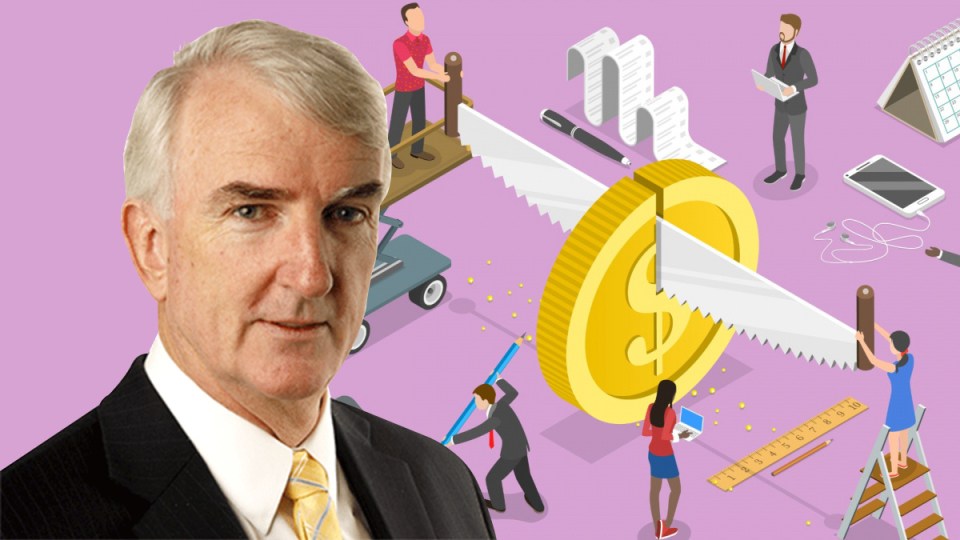 Remember the Business Council and federal government campaign for corporate tax cuts, how they were promised to create jobs, boost wages and bring peace to the Middle East?

OK, maybe not the last one, but workers were supposed to be the big winners if the company tax rate was reduced.

No, seriously, that was the claim back when Scott Morrison was Treasurer, Malcolm Turnbull was Prime Minister and the Business Council was pushing dubious Treasury modelling.

Well it turns out that the vast majority of economists – the people who should understand that sort of argument best – didn’t drink the Kool-Aid.

Monday’s Conversation-Economics Society of Australia survey shows that cutting the corporate tax rate ranks very low on the “what we really should do” totem pole.

Only six of the 49 economists who replied to the survey included “corporate tax cuts” as one of their four picks for boosting the economy over the next two years.

That 12 per cent score means it was second last of the 13 options for most government “bang for buck”.

It would have been last except one economist ticked “incentives for cleaner fossil fuel energy” – though I have to wonder if she really meant it.

Under Scott Morrison’s guidance in 2018, Treasury estimated cutting the big business tax rate from 30 to 25 per cent would have the “potential” to add $20 billion a year to the economy, once it took full effect in “about a decade”.

And cutting penalty rates was supposed to boost employment, too. It didn’t.

Even if we accept the Treasury/Business Council line, a decade is too long to wait for recovery from the ‘Rona Recession.

Josh Frydenberg’s budget next week has to deliver much quicker bang for the buck.

The exception was Tony Makin from Griffith University. He had perhaps the dimmest view of the 49 on the value of additional government spending in stimulating demand, arguing that cutting government consumption improves international competitiveness.

The most gung-ho supply sider was Michael Knox from Morgans stockbrokers. He argues we are experiencing a global natural disaster, not a global recession.

“There has been enormous addition to demand through fiscal deficits from government and quantitative easing from central banks,” he wrote.

“The problem is to restore supply. Expanded investment allowances, corporate tax cuts and bringing forward higher-income tax cuts will all act to increase investment. This restores aggregate supply. Additional training expenditure for technical and vocational training also does the same.”

Although these are distinctly minority views, the push from big business remains to “not waste a good crisis”.

The Business Council’s recovery proposal predictably reflects the interests of its members – yes, gas gets a push – yet it is broad in its vision.

The BCA’s spin for corporate tax cuts is to “reverse the free fall in business investment”.

(It’s easy to blame the tax system than dull, visionless and risk-adverse management boards that have tended to be content for some years to collect rich bonuses from prioritising share buybacks and high dividend payout ratios.)

The BCA runs a graph of Australia’s net capital account to show investors moving offshore. It doesn’t mention the necessity for our $3 trillion superannuation industry to prudently diversify its investments.

The government’s drops about the budget indicate business will have to be satisfied with a very generous boost in investment allowances at this stage, not a lower tax rate.

But that’s not the end of the story.

Further tax reform will be in the promised mix, depending more on the complexity of the Senate than consensus economics.