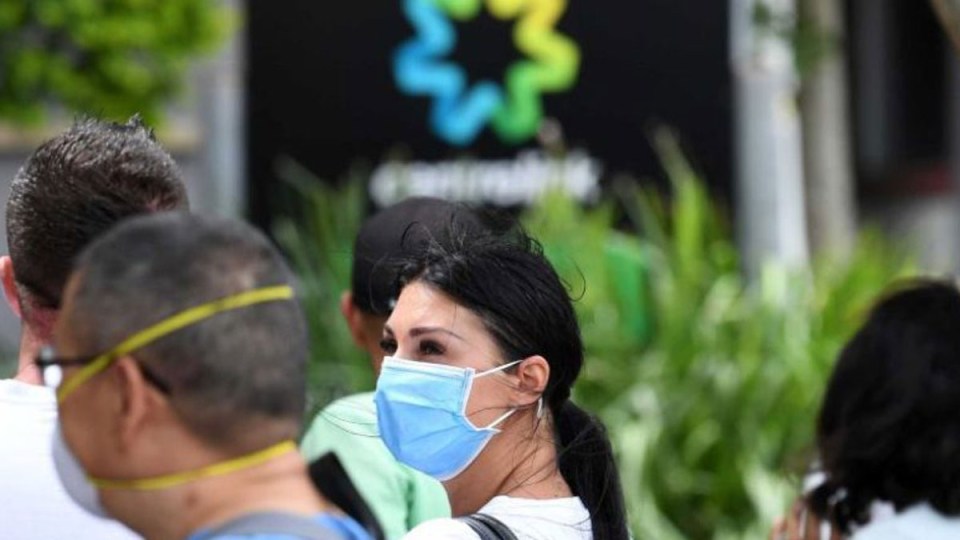 The RBA is forecasting unemployment to rise close to 10 per cent by the end of this year. Photo: AAP

Australia’s unemployment rate is falling, but those without work say it isn’t getting any easier to find a job, especially in locked-down Victoria.

Official Bureau of Statistics figures show 111,000 jobs were created last month pulling the headline unemployment rate down from 7.5 to 6.8 per cent.

That was despite Melbourne being totally locked down and regional Victoria under stage 3 restrictions. It was the only state to record a fall in employment last month.

And the effects of the lockdown, and joblessness it has caused, are being acutely felt by many Victorians.

Melbourne couple Kirby and Kyle Neil have been adjusting to a significantly reduced income since Kyle lost his job in March and Kirby was forced to shut down her hair salon.

“Our household income has been taken down to a third of what we’d usually earn,” said Ms Neil, who is on JobKeeper.

While they have managed to reduce their rent and car repayments, and the stage 4 lockdown means they are not spending as much as they used to, there are still a lot of expenses to meet.

“We’ve still got phone bills, water, electricity, gas bills — you can only go so far before it keeps on banking up on you,” Mr Neil said.

He worked as a contractor in a customer-facing role prior to the pandemic, and started receiving JobSeeker payments in March.

His former employer does not expect he will be able to rehire him until at least March next year.

Before then, JobSeeker payments will be slashed by $300 to $815.70 a fortnight (a change that comes in at the end of next week), and will revert to the old $282.85 a week payment from January 1 — unless the Government extends a higher rate.

All the while, the delayed rent and car repayments are adding up.

“The bit that we’re struggling on is ‘what’s going to happen on the other side of it’,” Mr Neil said.

Coming out of it, we’ll have to repay all the money that we inevitably still owe.”

The couple married in March, just days before the Commonwealth and state governments began shutting down parts of the economy.

With their income now reliant on government support, they have put other life decisions on hold.

“I feel like now is the time that we were wanting to start a family, buy a house, all of that sort of stuff and now, whether it’s been pushed back or whether we aren’t able to do it, that’s a big part of what’s playing on our minds as well,” said Mr Neil.

On that date the salon will have been closed for 18 weeks this year.

“We just need to have our restrictions eased up a little bit, let’s get everybody back out, stimulate the economy and get our communities back together,” Ms Neil said.

The latest ABS data confirms that Melbourne has now become the epicentre of the nation’s unemployment crisis, following the second wave of coronavirus and a hard lockdown during August that is dragging through September as well.

“Hours [worked] fell by 4.8 per cent in Victoria, compared to a 1.8 per cent increase across the rest of Australia,” noted ABS head of labour statistics Bjorn Jarvis.

“In addition to the large fall in hours worked, employment in Victoria also decreased by 42,400 people and the unemployment rate increased to 7.1 per cent.”

However, while Victoria was the only state to report a fall in employment last month, its jobless rate was not the nation’s highest.

The dubious honour of the nation’s highest unemployment rate went to South Australia in August, at 7.9 per cent.

The two territories had the nation’s lowest unemployment rates, with both the ACT and NT at 4.3 per cent.

Despite having very low rates of coronavirus in the community, Queensland had the nation’s second-highest jobless rate of 7.5 per cent.

That is something Amber Pereira is living through, telling the ABC that competition for work in Brisbane is tough.

“A lot of people are applying for jobs at the moment, my mum as well is applying for a new job, so it’s really hard,” she told The Business.

The former medical receptionist was dealt a double blow when she lost her job in March.

“It was just when my old lease was ending,” she explained.

“I moved back in with my mum for a while and I’m currently living with my partner and a housemate.”

While the job search continues, Ms Pereira is keeping busy drawing. It could become a silver lining for her if the job hunt continues to prove unsuccessful.

“I’ve started doing some art commissions and drawing just to stay occupied, I don’t want to just stay home all day,” she said.

‘Stunning’ figures not as good as they look

The Bureau of Statistics figures appear to show the bounce-back in jobs is real, rather than a statistical illusion, with internationally comparable measures also showing a big drop in unemployment.

If Australia measured unemployment the same way as the US — including stood-down workers as unemployed — then the jobless rate would be 7.9 per cent, down from a high of 11.8 per cent in April.

“While mutual obligations that required jobless people to start looking for a job were introduced in August, the unemployment rate dropped from 7.5 per cent to 6.8 per cent,” he noted.

“The upshot is that the labour market is now unlikely to climb to 8.5 per cent [unemployment] over the coming months as we had anticipated, let alone the 10 per cent predicted by the RBA and the Treasury.

“Indeed, with restrictions in Victoria set to be loosened towards year end, employment should continue to rise.”

More people were looking for jobs in August, more people found jobs, and more employees reconnected to their workplaces,” he wrote.

However, Federal Treasurer Josh Frydenberg was a little more circumspect.

“We had expected unemployment to rise to 10 per cent at year’s end, obviously today’s data will be plugged into the Treasury models and we’ll work that through.”

As the Treasurer himself noted, the effective unemployment rate — which includes people working no hours or who have given up looking — was higher than shown by the official figures.

“The effective unemployment rate, which takes into account not just those who are unemployed officially, but those who have left the labour force or seen their hours reduced to zero, has fallen from 9.8 per cent to 9.3 per cent.”

“There is still a long way to go to get the labour market back to its pre-COVID shape,” she noted.

“Fifty-three per cent of employment lost due to COVID-19 has been regained and around 69 per cent of those who left the labour market have re-entered again.”

And there were some other weaknesses evident in the figures.

Despite more than 100,000 extra jobs, the total number of hours worked only rose 0.1 per cent, and is down 5.1 per cent on August last year.

That left underemployment — people looking for more hours of work than they got — stuck at 11.2 per cent. It was 8.8 per cent before the pandemic hit Australia’s shores in late March.

Likewise, there are still fewer people looking for work. The participation rate only rose 0.1 percentage points and, at 64.8 per cent, it remains well down on the 65.9 per cent level recorded before the first lockdowns.

Labor’s shadow employment minister Brendan O’Connor said it would be a mistake to think that the peak in unemployment had passed.