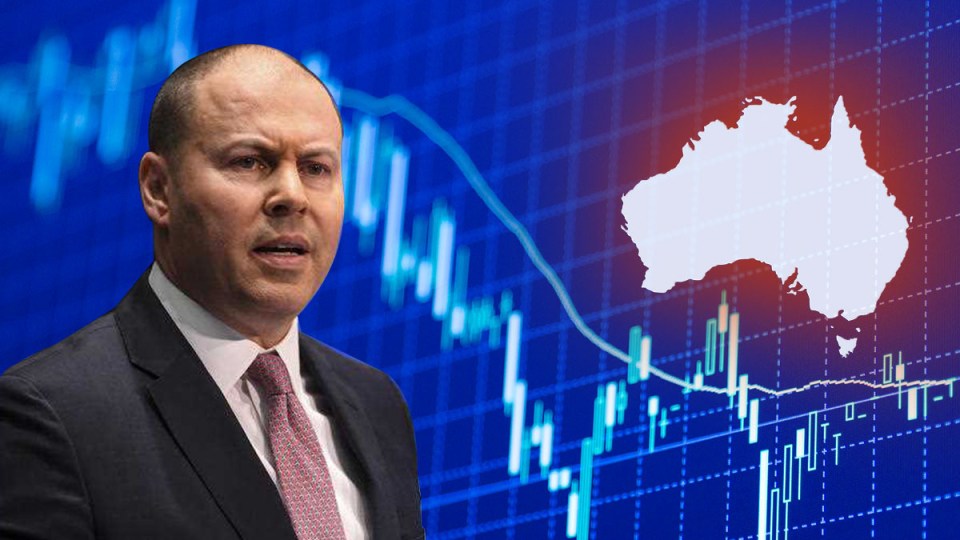 Australia has released its worst set of economic growth figures since records began in 1959, with ABS data showing the national economy contracted by 7.0 per cent in the June quarter.

The result, which was worse than market expectations of a 6 per cent fall, follows a 0.3 per cent decline in the March quarter and confirms the country has suffered its first technical recession since 1991.

The ABS said there were unprecedented falls across many economic indicators.

“The global pandemic and associated containment policies led to a 7.0 per cent fall in GDP for the June quarter,” said head of national accounts at the ABS, Michael Smedes.

“This is, by a wide margin, the largest fall in quarterly GDP since records began in 1959.”

Household consumption was the largest drag on the headline figure. It fell by a record 12.1 per cent over the quarter and detracted 6.7 percentage points from overall GDP.

Spending on goods and services fell by 2.8 per cent and 17.6 per cent respectively, as government restrictions shut down large swathes of the economy and forced millions to stay at home.

And the household savings to income ratio rose to 19.8 per cent, its highest since June 1974, as nervous consumers shut their wallets and economic stimulus flowed into bank accounts.

As of July, the downturn had left roughly 1.33 million workers, or 9.9 per cent of the labour force, either unemployed or stood down, according to Treasury.

As a result of the extended lockdown in Victoria, it said an extra 450,000 Australians would lose their jobs or be stood down in August and September – taking the effective unemployment rate above 13 per cent.

Reserve Bank governor Philip Lowe has repeatedly described the pandemic as the largest shock to the economy since the Great Depression, but noted on Tuesday that “the downturn is not as severe as earlier expected and a recovery is now under way in most of Australia”.

In its baseline scenario, the bank is forecasting official unemployment to hit 10 per cent by the end of the year and “to be still around 7 per cent in two years’ time”.

“This would still leave the level of output below where it would have been had the pandemic not occurred,” it said in its latest Statement on Monetary Policy.

“A stronger economic recovery is possible if faster progress in controlling the virus is achieved in the near term.”