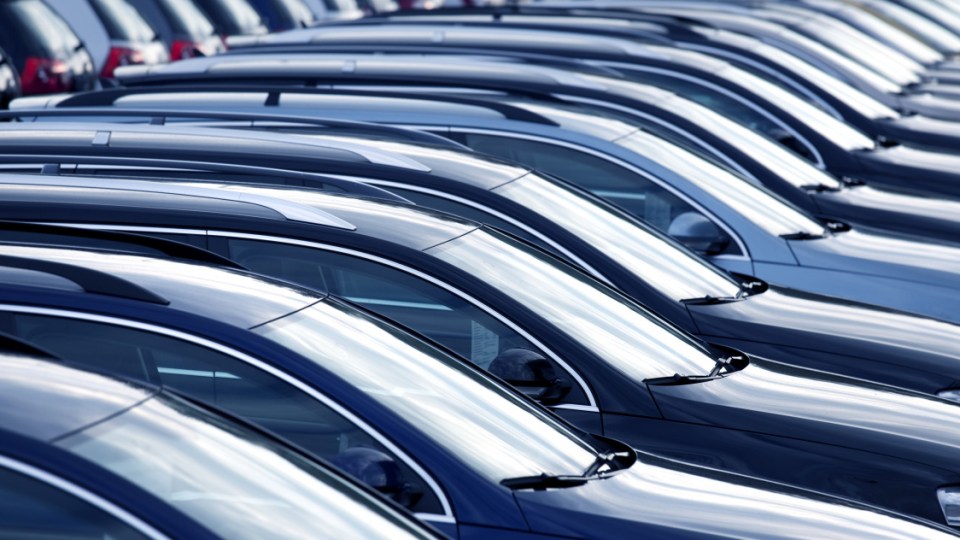 Research released by Moody’s Analytics on Wednesday shows wholesale prices have jumped 31 per cent from their April lows and are now 16 per cent higher than in January.

No longer comfortable jumping on a train or flying in planes, Australians are rushing into the used car market and driving up prices in the process, as sellers are struggling to keep up with demand.

A collapse in new car sales over the past two years means there are relatively few cars available for Australians to buy at the moment, which is putting upward pressure on the average used car price.

And COVID-19 has boosted demand in two other ways, too.

Firstly, the coronavirus has made it difficult to import cars from overseas, which has boosted demand for used cars, as many people would rather buy a used car today than wait months for a new one.

And secondly, a large number of Australians have plenty of spare cash as they are no longer shopping, eating out, or travelling overseas – with many receiving large refunds from cancelled trips abroad.

Carsales.com has been a major beneficiary of these trends.

In a statement accompany its full-year results on Wednesday, CEO Cameron McIntyre told shareholders the company had “observed a strong rebound in demand for vehicles across multiple international markets as countries have emerged from lockdown”.

Overall lead volumes from car dealers “grew strongly” on the year before, while private sales volumes had largely recovered to pre-pandemic levels in July after suffering a double-digit drop in April.

But all these metrics were positive when the auto-financing broking business Stratton Finance was excluded from the results.

Mr McIntyre said in a statement that the full year result was pleasing “given the impact of COVID-19 on our business in the second half”.

And investors must have thought something similar: The company’s share price ($20.23) closed Wednesday’s trading session 4.28 per cent higher than it started.

“In Melbourne, the issue is around the lockdown, but in other states we’re seeing the private seller market actually start to come back a little bit now,” Mr McIntyre told The New Daily.

“But people holding on to cars a little bit longer and moving back into car ownership has been a trend – and the reason they’re doing that is because they’re fearful of public transport.

“They’re not taking it, and they can’t go interstate.

“[Melburnians] can’t go into New South Wales, so when we can get a chance to go on holiday, we’ll drive down to Portsea or somewhere, which has been a real noticeable trend.”

Mr McIntyre said rising car ownership is actually weighing on private sales volumes over the short term, as people are buying additional cars rather than trading in old ones.

But he said the future looked bright for Carsales, as rising car ownership was good for the company over the long term and the virus was also encouraging people to make the switch to online shopping.

Mr McIntyre said the suggestion that people were buying more used cars as they could no longer afford new ones was not supported by company data, which shows strong demand across all price points.

Together with the supply constraints caused by sluggish new car sales, and the difficulties importing cars from overseas, this demand has created a “buoyant” market for used cars, he said.

But where to now?

Moody’s expects used vehicle prices to “soften over the next few months”.

Partly because more people will sell their cars when they realise prices are at all-time highs, and partly because demand could fall if “consumer confidence continues to wane”.

But “the risks to this forecast are ample,” Moody’s warns.

Firstly, if the Japanese yen and South Korean won strengthen against the Australian dollar, as they did in March, then used car prices could remain elevated.

This is because Australia imports most of its cars from South Korea and Japan, so if their currencies appreciate, then these cars would become more expensive – which in turn would allow used car sellers in Australia to increase their prices.

Secondly, if Victoria struggles to contain its outbreak, or another state suffers a similar fate, then prices will “fall much faster than expected” as people lose their jobs and demand falls off a cliff.

“[But] this trend is not sustainable in the long run.

“Auto buyers will substitute new vehicles for used vehicles as prices reach the point where they are no longer worth the trade-off.

“Still, as COVID-19 continues to teach us, expect the unexpected.”