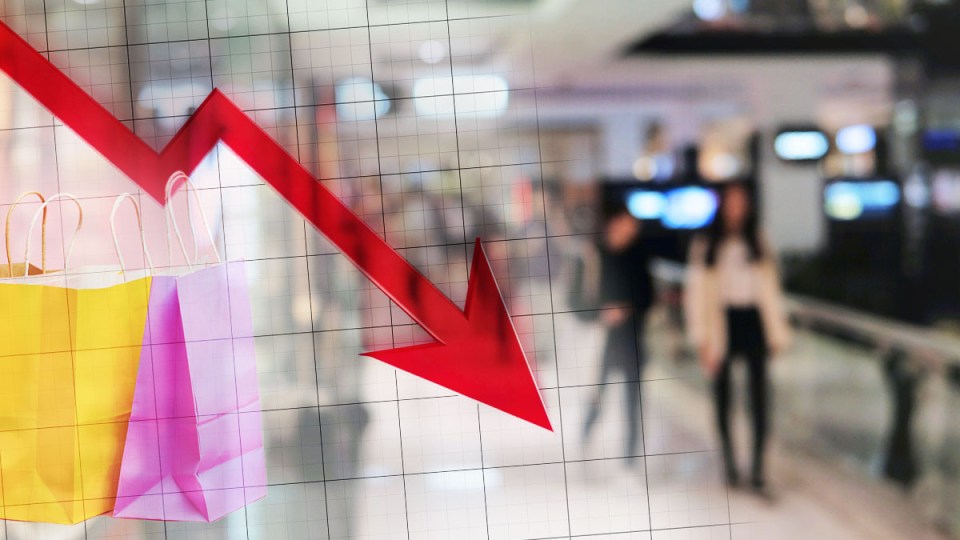 Shop owners have suffered their worst quarter since the introduction of the GST. Photo: TND

Shop owners have suffered their worst quarter of sales since the introduction of the GST 20 years ago, with real turnover plunging 3.4 per cent over the three months to the end of June.

And with businesses continuing to shed jobs and government stimulus unwinding from October, economists have warned retailers to brace for even tougher times ahead.

The worst quarterly result in two decades came despite a record monthly sales bump of 16.9 per cent in May and growth of 2.7 per cent in June, as restrictions eased and government payments provided a floor for spending.

ANZ bank attributed the large quarterly fall to panic-buying at the start of the pandemic and the weeks-long delay between the shuttering of pubs and restaurants in March and the first round of stimulus payments. 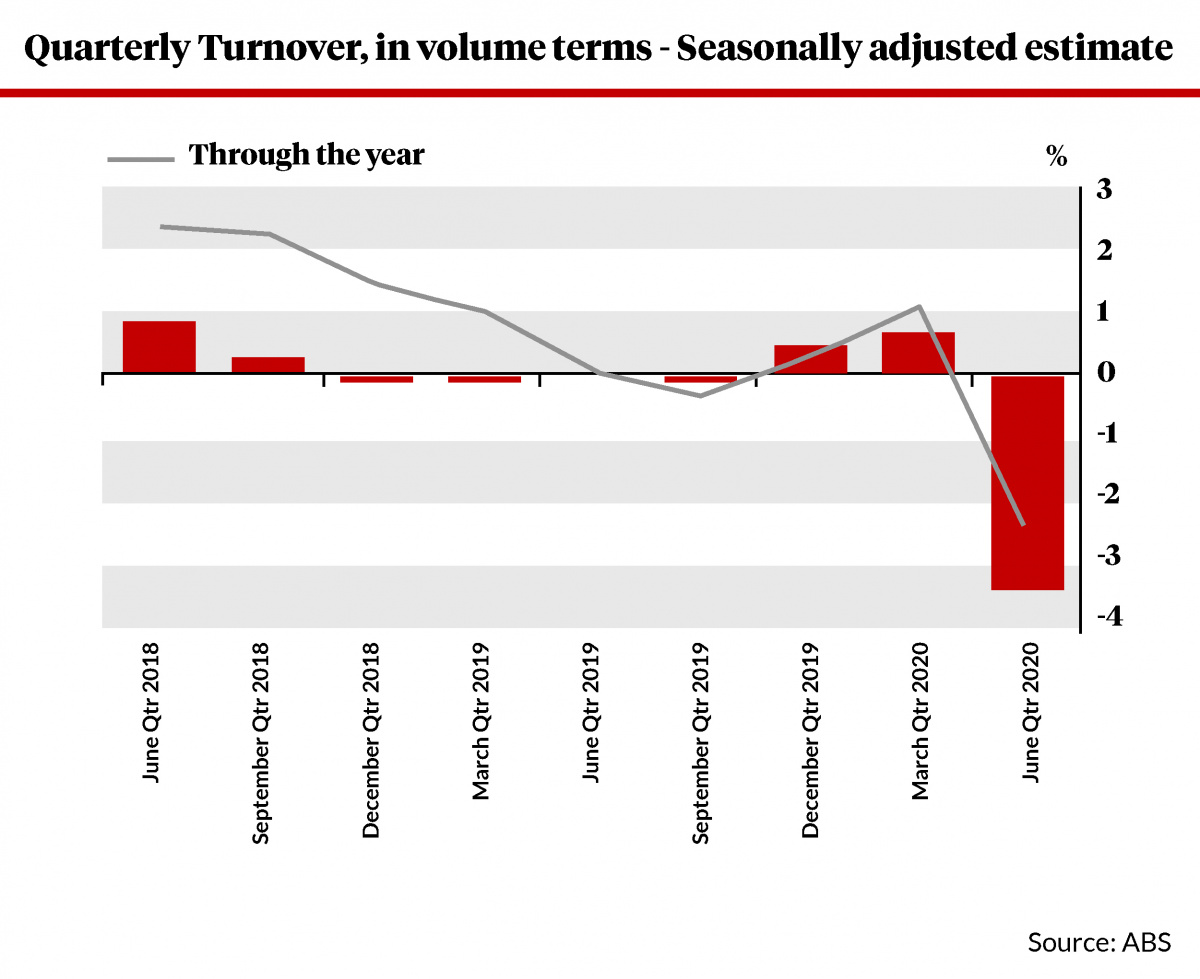 ABS data shows the industries hardest hit by the virus experienced the largest sales bump in June, with turnover increasing 27.7 per cent in cafes and restaurants and 20.5 per cent in clothing and footwear shops.

Meanwhile, department stores (-12.1 per cent) continued to struggle and household goods suffered a monthly revenue fall of 3.2 per cent.

Perhaps unsurprisingly, Victoria lagged behind the rest of the states, with spending falling 6.2 per cent over the June quarter, compared to a 2.4 per cent decline in New South Wales and a 0.5 per cent drop in Queensland.

But on a more positive note: AMP Capital chief economist Dr Shane Oliver said retail sales appear to have held up in July.

Commonwealth Bank data shows consumer spending is tracking at pre-pandemic levels across the country and noticeably higher in states where community transmission is low and restrictions have eased.

“But the shift to a Stage 4 lockdown in Melbourne (which is 20 per cent of the national economy), a decline in consumer confidence since its June high, and pent-up demand largely having been spent in other states will likely result in a fall in retail sales this month, driven by Victoria,” Dr Oliver wrote in a note to clients.

And his concerns are shared by Indeed APAC economist Callam Pickering.

Although the federal government’s decision to extend JobKeeper and JobSeeker beyond September was welcomed by the retail sector, rising unemployment and stagnant wages mean shopkeepers can expect a challenging time ahead, Mr Pickering said.

“Households are also likely to be cautious given the high degree of uncertainty surrounding their jobs and the overall economy,” he added.

“Low wage growth has weighed heavily on retail spending over the past half decade and that will surely continue for the foreseeable future.” 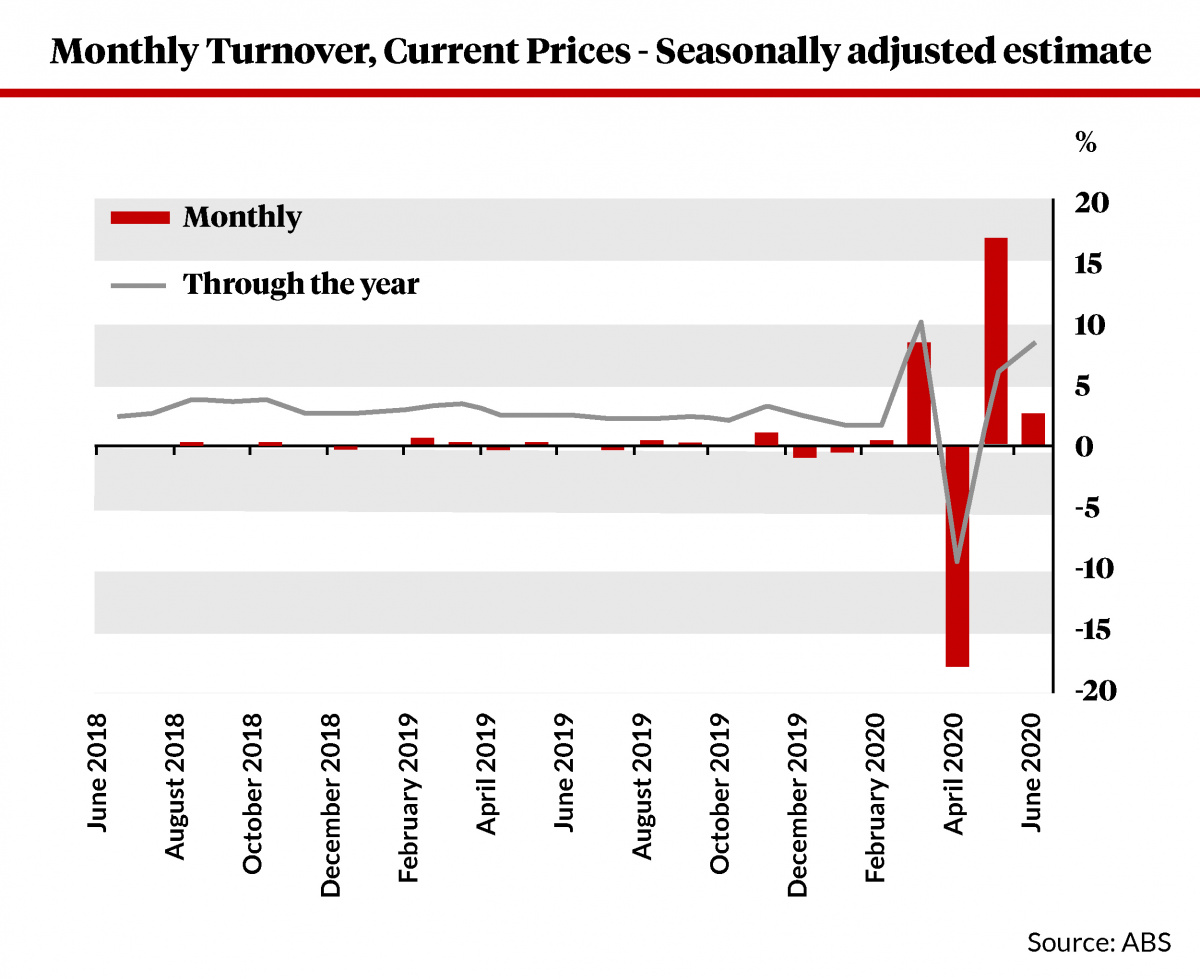 Even before the pandemic, retailers were struggling to stay afloat as consumers tightened their purse strings and competition from online shops intensified.

In 2019, Italian restaurant chain Criniti’s, fashion retailer Karen Millen, and supplement store Muscle Coach either shut down stores or went into voluntary administration – and 2020 picked up where 2019 left off.

“Despite strong overall figures, the clothing, footwear, and personal accessories category still failed to match sales figures for the same period last year, which points to a two-speed economic recovery when it does arrive,” Mr Zahra said.

The October to December quarter will be make or break for many retailers, as the sector still faces significant headwinds.”

Commonwealth Bank economists Kristina Clifton and Nicolas Guesnon estimate the quarterly fall in retail trade – which accounts for roughly one-third of consumer spending – will shave 0.6 percentage points from GDP in the June quarter, with total household spending tipped to fall 10 per cent over the three months to June 30.

Hours after the ABS released its retail data, the Reserve Bank announced it would hold the cash rate at 0.25 per cent, and step up its bond-buying program to keep the three-year yield on government bonds at 0.25 per cent.

The bank also reiterated its previous assertion that the economic shock from COVID-19 is unlikely to be as bad as first feared, but noted the recovery will “be both uneven and bumpy” and “fiscal and monetary stimulus will be required for some time”.

Noting the devastating impact of the extended lockdown in Victoria, it also revised its forecasts for unemployment.

In its revised baseline scenario, it estimates the unemployment rate will rise from its current level of 7.4 per cent, to 10 per cent by the end of the year, before gradually declining to 7 per cent “over the following couple of years”.