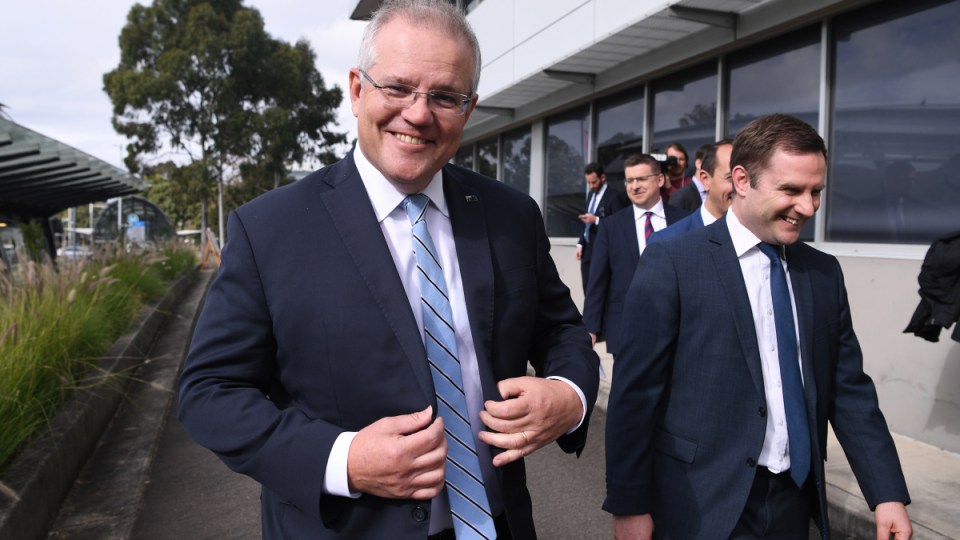 So, a short recession’s not enough. You want to create a prolonged depression, right?

Perhaps you run businesses that specialise in disaster capitalism. Maybe you want to suckle at the teat of a dying fossil fuel industry for a little longer. It could be that you miss the social division and inequality of the Victorian era. Maybe you’re just a jerk.

Whatever your motivations, this guide will take you through the basic steps of pushing an already struggling economy into a full-blown crisis.

It may be tempting to jump straight into the economic disaster part – that is what you‘re here for after all – but as with all good plans, you must lay the groundwork first.

Luckily for you, Australian households already have some of the highest debt levels in the world.

An excellent way to increase debt stress is to overcook the housing market.

Basing your GDP growth on rising house prices is an excellent idea! No one wants to be left out of the asset bubble while it inflates, so why not encourage speculation in investment property with some sweet tax incentives?

Productivity and wages must be kept low so that household budgets are stretched thin. Slashing penalty rates and encouraging short-term contracts will keep wages down to historically low levels.

You could try encouraging firms to extract value rather than invest in productivity, to really weaken private-sector resilience and competitiveness. Lowering the capital-labour ratio of firms also keeps wages down, so that is a double bonus!

Right, now let’s check that you really have laid the foundation for this economic crisis: Productivity at the lowest level for a generation? Check! Wages growth at their lowest level for 20 years? Check! House prices rising at up to five times the speed of wages? Check!

Ah, more great news – the Reserve Bank has warned that the house price bubble and weak income growth is inherently unsustainable, and that household debt is making the economy extremely vulnerable. You are already well on your way!

If there is one certainty in economics, it’s that companies and consumers hate uncertainty.

Perhaps there is a way you can backtrack on spending commitments. Aim high, and don’t be afraid of the haters!

Under-spending $60 billion on JobKeeper is a fantastic achievement – the equivalent of removing double the annual defence budget from a recessional economy in one fell swoop!

Remember: a promise broken is uncertainty spoken. Walking back on spending commitments will really help this crisis along, but for maximum impact, try aiming at an already vulnerable sector.

Ending free childcare three months early and disqualifying childcare workers from JobKeeper? You really are committed to this project. Other workers will now be worried that their sector will be next, o expect to see weaker consumer spending in the coming months.

Are you ready for the final step? Increasing inequality during a recession (while telling people that we are all in this together) is a fantastic way to push through to a proper crisis.

Rising income inequality can slash as much as 10 per cent from GDP growth, so this really is critical. Particularly so in a recession, since lower-income earners spend a larger proportion of their wages, while the well-off save.

Why not pump some cash into that already overheated housing market? As the RBA already pointed out, paying down excessive mortgages can create a ‘debt overhang effect’ that stops home owners from spending money on goods and services.

HomeBuilder! It’s a masterstroke! Allowing home owners to increase their home values on the taxpayer’s dollar will really build on your foundational work in step one. And this male-oriented recovery plan for a pink recession really will help put money in all the wrong places.

Don’t be distracted by people who say you should be investing in public works and building social housing. This could make housing more affordable and discourage higher household debt, so avoid it at all costs.

As this crisis develops, now is the perfect time to sell off some state assets to your mates. How about the Post Office, just as they did in the UK? Ka-Ching!

So, how are we doing?

Your work so far is really promising.

Your next step should be to maintain some more uncertainty around JobSeeker and JobKeeper. Or hell, why not withdraw them!? This will help bring about a liquidity trap where people refuse to borrow any further, no matter how low interest rates fall (and stop the commies at the RBA from trying any monetary solutions!).

Kudos to you! A prolonged economic depression is on the way!

Matthew Lloyd-Cape is a Research Economist at public policy think tank Per Capita.

How to fuel an economic disaster: A beginner’s guide in 3 easy steps