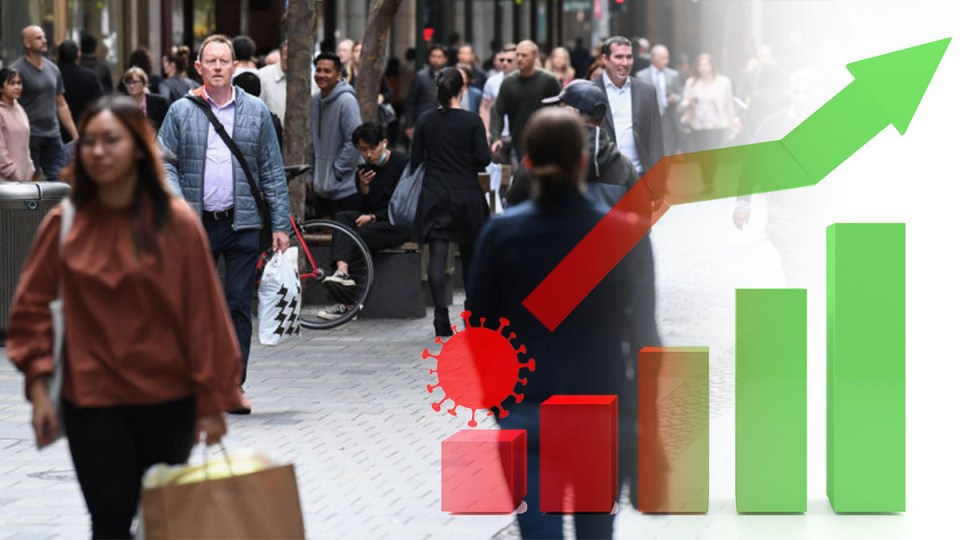 The economy is on the road to recovery, but we've a long way to go. Photo: TND

Consumer spending and confidence has returned to pre-crisis levels, but the economy still has a long way to go.

AMP Capital chief economist Shane Oliver said the record retail bump in May reflected an “unleashing of pent-up demand” as consumers rushed back to shops following their forced closure in April.

He said the sugar-hit would soon peter out, as most of the increase was driven by the forced deferral of spending in April, rather than a lift in overall spending levels.

And he said the threat of a second wave of infections in Victoria has cast another shadow over the prospects of a rapid economic recovery.

Even though the Reserve Bank expects the economic hit to be smaller than first feared, and restrictions in most states are being eased ahead of schedule, AMP Capital’s data shows there’s still a long way to go.

The global investment manager put together a new activity tracker in April to paint a clearer picture of economic conditions.

Unlike traditional statistics such as monthly retail sales and unemployment figures, the datasets feeding into AMP’s tracker are updated on a weekly or daily basis.

The tracker shows economic activity has been rising for nine consecutive weeks – jumping 29 per cent since the height of the pandemic in April.

But it’s still down 26 per cent year on year – and Dr Oliver said the recent recovery in consumer confidence appears to have tapered off. 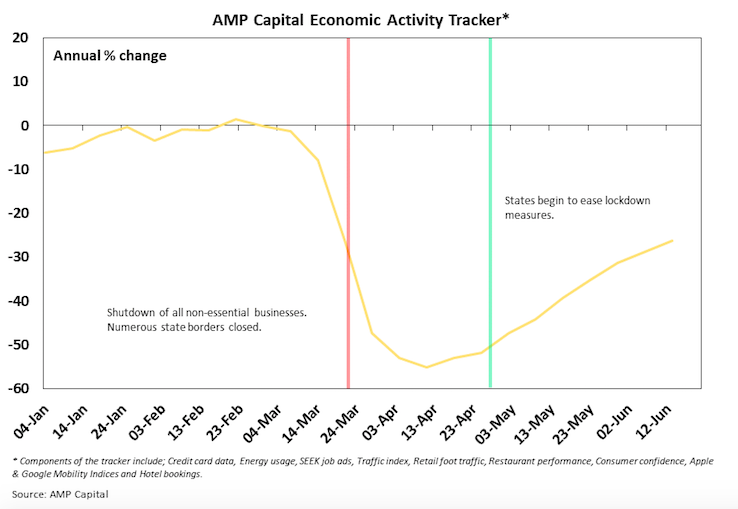 Despite the earlier-than-expected easing of restrictions, AMP Capital is still forecasting a record fall in consumer spending and an 8 per cent drop in GDP over the June quarter.

Dr Oliver said that’s partly because the biggest falls were seen in the consumer services industry, which typically has lower levels of pent-up demand.

The economist doesn’t believe the reimposition of restrictions in Victoria will have a major impact on our economic recovery, though.

Dr Oliver said delaying the increase in venue capacity limits would have little impact at an economy-wide level, as many larger venues cannot justify reopening until all caps have been removed, and many smaller venues would struggle to observe social distancing rules if they allowed in more than 20 people.

“The biggest one was limiting the number of people in a home to five people, but that’s not economic activity,” Dr Oliver said.

“If you took more of a significant step backwards, then you might have more of an impact – and, of course, it is only one state.”

His comments come after research from Deloitte suggested the coronavirus would lead to the worst year on record for retail sales.

After surging in the March quarter, retail spending will plunge 4 per cent in the June quarter, briefly rebound as restrictions ease, and then return to a sluggish “post-JobKeeper slog,” according to Deloitte.