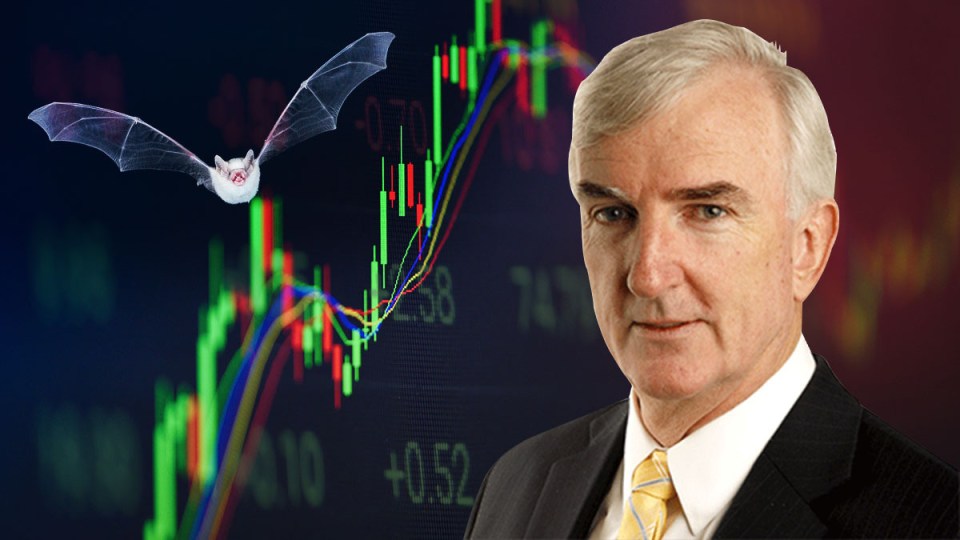 It seems sharemarkets have decided we are having a V-shaped recovery whether the economy ends up agreeing or not. Photo: TND
analysis

Part of that could be because the business confidence index had plunged further than the conditions index, so its partial rebound brings the two back to their usual range of difference.

The rebound was despite the key forward-looking indicators pointing down and still left the indices around the level of the last recession.

The overall consumer sentiment index rose by 6 per cent but was still negative at 93.7.

However, a similar percentage rise in the outlook for economic conditions over the next five years turned that sub-index positive at 102.4 – the first time it has been above the break-even 100 mark in more than 18 months.

The forward-looking indicators of “family finance next 12 months” and “time to buy major household items” also were both positive, even while “family finance vs a year ago” sub-index languished at 77. 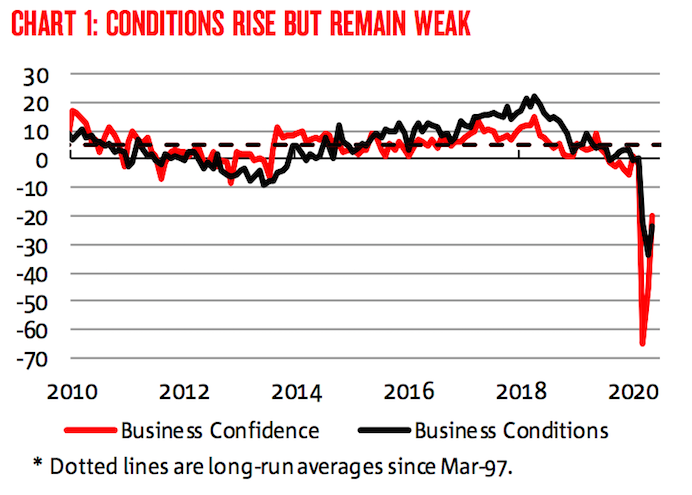 What a nation of optimists we seem to be.

I’m wary of putting too much faith in consumer confidence surveys – we’ve all been surveyed to death.

I prefer to look at what consumers spend rather than what they say – but there we’ve seen some strong sales reports this week from retailers who have ridden the COVID close down well.

Then there’s the Australian stockmarket. At its high on Wednesday, the ASX 200 was back where it was 14 months ago.

Deteriorating global relations with a new cold war under way, the bushfires and the worst recession since the 1930s have added up to not much impact, especially if you consider the market was looking overheated before COVID hit anyway. 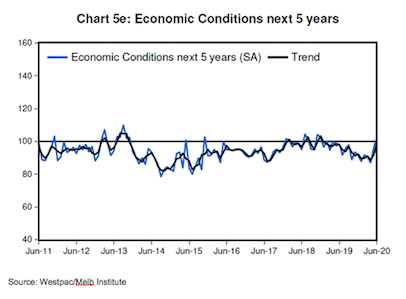 And putting all that in the shade is Wall Street, back setting record highs on the S&P 500. In the circumstances, that is simply bizarre.

This is where the commentary splits into two camps: Those who fear we are experiencing what someone termed “a dead bat bounce”; and those who think central banks flooding the world with cheap money will drive asset prices north forever.

I’m writing before Thursday morning’s US Federal Reserve Board meeting and what is expected to be a dovish statement after it – more of the “Fed put”, more of “whatever it takes”.

There still seems to be a rather large gap though between the market optimism and the reality of a deep global recession, with many, many billions of losses yet to come home to roost along with many, many millions of unemployed and underemployed people, and it being some years before the world is likely to be able to return to “normal”.

One of the finest commentaries being written these days comes from the keyboard of Anthony Peters, a distinguished British veteran of investment markets in general and bond markets in particular.

In emails circulated to friends and acquaintances, he combines an enjoyable turn of phrase (Joe Biden – “a sheep in sheep’s clothing”) with insight and experience.

He began last week thus: “Markets are demonstrating what might be described as Panglossian optimism.

“Well, they would, wouldn’t they? Nobody goes into business, especially the investment business, because they are born pessimists.

“We are now in the middle of the third once-in-a-century black swan event of the past 20 years. The lesson so far has been that governments never seem to run out of other people’s money when it comes to rescuing the economy. And the central assumption is that they won’t do this time either.

“There is of course some pertinence in the observation that even if 10 per cent of the working population is unemployed, 90 per cent isn’t and is therefore still earning and consuming.

“The fiscal shock, however, doesn’t seem to have been included in investors’ thinking. Since the development of quantitative easing in Japan in the 1990s and its adoption in the USA and Europe after 2008, investors’ scrutiny of public sector finance has become something of a meaningless task relegated to the graduate trainees’ desk because it is blithely assumed that it’ll be whatever it needs to be.”

Mr Peters worries that at some stage there will be a reckoning for constantly relying on extreme fiscal and monetary policy (in the US, Europe and Japan, I’d add – not here, at least yet).

He’s perplexed that the markets care not the least and is disdainful of investment managers sticking with their instinct to act as a herd, averse to the risk of sticking their necks out.

The markets are running ahead of anything like hard data – “estimating earnings and profitability can be no more than pinning the tail on the donkey”.

“Markets are rising because of risk aversity. FOMA – fear of missing out – and TINA – there is no alternative – have money pouring into the markets, irrespective.”

It seems the markets have decided we are having a V-shaped recovery whether the economy ends up agreeing or not.

Of particular interest given President Donald Trump barracking for the negative interest rates that already exist in Japan and parts of Europe – and have even been suggested for consideration here, to the Reserve Bank’s disgust – is Mr Peters’ warning of what that could mean for “zombie” companies being carried by their bankers.

“C-19 news has dominated the headlines so events such as the default of Argentina, which in other circumstances would have markets running for the hills screaming, have been brushed off as minor irritants.

“They are however the zombies in the banks’ balance sheets, the undead, which will in time rise to haunt managements and shareholders.

“In the past the cost of carrying bad and doubtful debts was high. If the bank is funding at 6 per cent but receiving no interest income the strain on profitability was high and the temptation to write the darned thing off and move on was great.

“But if the same non-performing loan can be left to fester because the funding cost of the balance sheet is nada, there might well be a temptation to bury some of the video-nasties which are floating around.

“In a negative rate environment it might even be profitable not to write off non-performers.”

Magic – banks never having to own up to dud loans. No wonder nothing-like-a-good-bankruptcy Trump likes the idea of negative rates.

It would be nice to think we will have a V-shaped recovery, that the economy will bounce rapidly back.

Unfortunately, that flies in the face of all experience of serious recessions even with strong stimulus, let alone in Australia where the federal government is only fiddling around the distant edges of job-creation policies post-September.

But extremely cheap money means those who can afford to are encouraged to do the obvious thing of bidding up asset prices. Note that this is primarily bidding up the price of existing assets, not investing in new ones.

In the process, our wealth inequality is worsened – the rich get richer, the poor remain underemployed with a steadily shrinking share of the national pie.

In the meantime, there is Mr Peters’ warning:

“There seem to be very few senior players out there who are not pointing to the formation of a bubble in the context of a huge bear market rally and yet the party goes on as though all was fine again in the garden.

“But it’s not only in equities … debt markets are also having ball. Record issuance at credit spreads which also appear to be defying gravity. Denial, so the bon mot, is not a river in Egypt.

“But should we really be so surprised? Who can forget the famous Argentina 100 year bond which was snapped up by investors as though it was going to be the last opportunity ever to buy the debt of a rare and much sought after borrower.

“It didn’t take long for them to be right and for the enthusiastic index trackers to be wrong. But it took its time.

“Was it not John Maynard Keynes who said that in the long run we are all dead?”