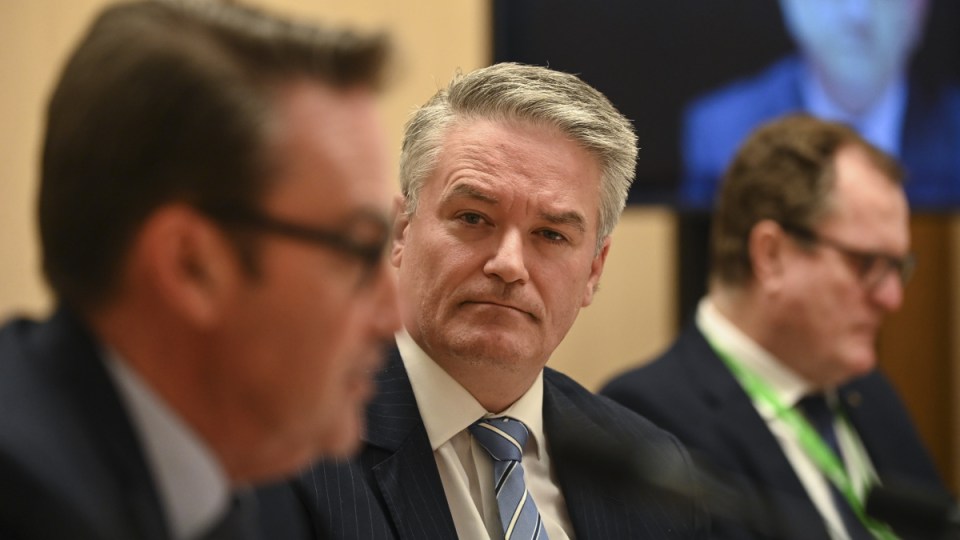 Finance Minister Mathias Cormann has defended the $60 billion JobKeeper shortfall as an inevitable product of the economic uncertainty Treasury faced when designing the program.

Senator Cormann told the Senate select committee on COVID-19 that the government was “expecting the worst and prudently planning for the worst” when it announced JobKeeper at the end of March.

“That is why the costing of the JobKeeper program at that point in time, prudently, was based on a worst-case scenario,” he said on Tuesday.

When the government announced its wage subsidy, Australia had daily growth in coronavirus infections of more than 20 per cent on some days, he said.

“Just two months later, when the program was re-costed after the analysis of relevant ATO data, the health and economic context and the outlook was significantly better than feared back in March,” Senator Cormann said.

That is why the costings changed, he said.

“It is a usual estimates variation in relation to a demand-driven program,” he added.

“The size of the variation is a function of the high degree of uncertainty at the time of the initial costing and the potential size of the program in a worst-case scenario.”

In his opening statement to the inquiry, Dr Kennedy said Treasury’s initial estimate that more than six million workers would receive JobKeeper was based on a worst-case scenario in which Australia introduced a society-wide lockdown similar to Italy or China.

“In this uncertain context, it was prudent to design the policy to be robust to whatever circumstances unfolded – to be demand-driven – but to cost the JobKeeper policy under the assumption that very significant constraint measures (government restrictions) would be required, more akin to a lockdown,” Dr Kennedy said.

He said the initial economic scenario on which JobKeeper was based pointed to a 25 per cent fall in GDP in the June quarter.

Treasury now expects a fall closer to 8.5 per cent, thanks to success on the health front.

“It is a good outcome that [un]employment is lower and fewer businesses than originally expected are relying on government support to pay their employees,” Dr Kennedy said.

The Treasury secretary nevertheless took “full responsibility for the revised costing of the JobKeeper program, and all matters associated with the advice that Treasury has provided”.

Meanwhile, Australian Taxation Office commissioner Chris Jordan said the tax office initially misreported how many people would receive JobKeeper because 545 out of 900,000 businesses had filled out forms incorrectly. As of June 5, that number had risen to 1500 out of one million businesses.

For example, instead of entering the number of employees they thought were eligible, employers entered the amount of assistance they expected to receive, or submitted telephone numbers, bank details, or Australian Business Numbers.

Mr Jordan said a large number of these mistakes were rejected by the ATO’s analytics team. But smaller errors, such as inputting 1500 (amount of assistance) instead of one (number of employees), initially slipped through.

Mr Jordan said this was because the ATO did not build rigorous analytics programs to pick up these mistakes, but focused instead on ensuring no payments went to ineligible employers.

More changes to JobKeeper on the cards

Mr Jordan later revealed that, as of midnight June 4, the tax office had paid out nearly $13 billion in JobKeeper payments to more than 872,000 businesses – subsidising the wages of about 3.3 million workers.

He said the ATO had also applied $13.38 billion in “cash flow boost credits” to 708,000 businesses, and received $1.9 billion worth of early super withdrawal claims from 2 million members.

Later in the session, Labor senators questioned Senator Cormann over Prime Minister Scott Morrison’s guarantee that JobKeeper would remain until September, days before the government said childcare workers would become ineligible from July.

Federal government ministers, including Treasurer Josh Frydenberg, have refused to rule out further changes to eligibility for particular industries or workers.

Mr Frydenberg, who said on Tuesday the government was looking at how to “strengthen and improve” the scheme, will announce the results of the review on July 23.