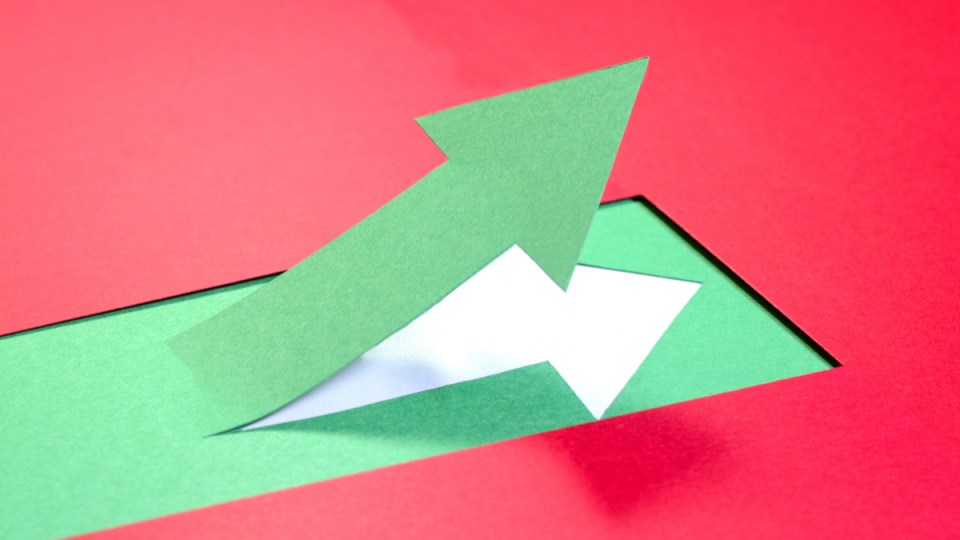 Consumers of news from Australia and around the world may be puzzled to see stories of rapidly recovering share prices even as unemployment forecasts grow and businesses downsize or close.

The disconnect between sharemarkets and economic reality is well documented and not new, but it has been brought into even sharper focus by the extraordinarily rapid changes wrought by the coronavirus pandemic.

Does it mean that investors see that there will be a further shift in income and wealth away from working people and toward the owners of capital? Could that possibly be sustainable?

Well, maybe. But probably not in the long term.

There is, however, a more immediate explanation for this apparent contradiction between the sharemarket and the employment market.

There is also an element of illusion.

If the market falls by say, 30 per cent, in one month and the next month it rises by 30 per cent, it will still be down 9 per cent from its starting point.

This is because, of course, the gain is off a lower base than was the fall.

But there is also some genuine economic logic behind what is occurring.

As the virus has plunged businesses into lockdown and devastated employment markets, monetary authorities around the world, including the US Federal Reserve and Australia’s Reserve Bank, began effectively printing money by buying large quantities of bonds.

This means that private investors including superannuation funds, other institutional investors and individuals thinking of buying bonds, have to accept lower and lower rates of interest.

So real interest rates head toward zero and beyond.

This then makes any return that might be available from an equity investment such as the sharemarket look relatively more attractive than before.

Who wants to invest in bonds, even government guaranteed bonds, at rates lower than inflation?

It also means companies may achieve lower interest rates on their debt.

Another way of looking at the same thing is that investors who look beyond the current crisis and see the possibility of good corporate earnings – say three or five years in the future – and then calculate the present value of those future earnings may apply only a very low discount rate to establish that present value.

This is fundamentally what is underwriting current average share prices.

Of course it all depends on just how much risk one assigns to those forecasts of future company profits.

And those profits are totally dependent on people being willing and able to buy the products of these companies.

The greater the downward pressure on wage rates and employment levels, the harder it is for companies to maintain and grow earnings, and companies have to be able to service their debt.

The financial leverage provided by bank lending to companies enables those companies to achieve a higher return on equity than otherwise.

But it also means in a severe downturn that leverage works in reverse to increase losses as companies have to service debt as well as covering the cost of the labour and materials they need to continue operating.

And ultimately if banks have too many bad debtors they stop lending.

That is why in a severe crisis governments cannot simply rely on monetary authorities and corporate entrepreneurial spirit to turn things around.

A timely turnaround depends on state and federal government willingness and ability to partner with the private sector, including super funds, to create jobs and to ensure that its fiscal and industrial relations policies give consumers the security and financial capacity to spend.

That confidence and capacity cannot be achieved by asking working people to continuously increase their indebtedness or to compromise their future by drawing down on already inadequate superannuation savings to meet current needs.

Garry Weaven is the founder and retired chair of IFM Investors

As the economy tanks, sharemarkets are rising. Here’s why