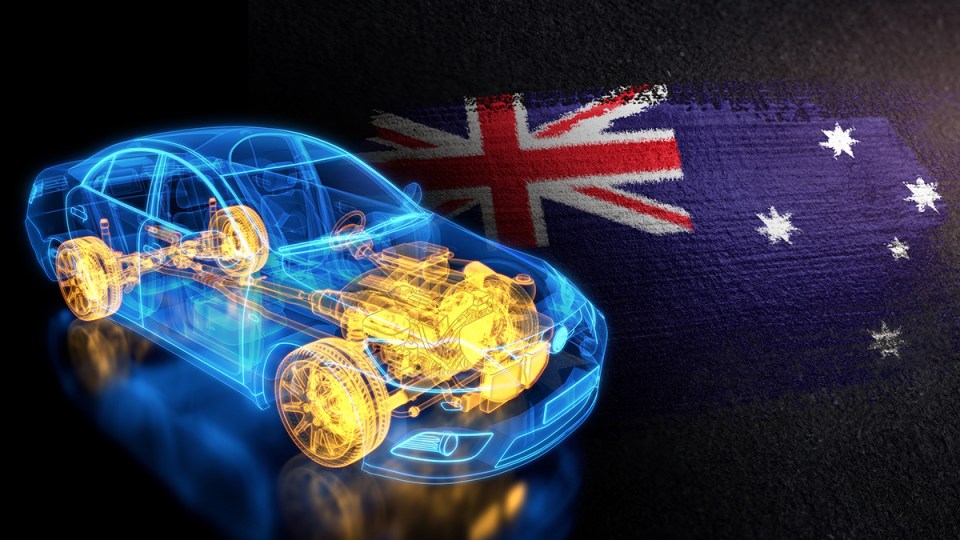 Industry insiders say Australia is in the box seat to profit from surging interest in electric vehicles.

But only if government provides sufficient support.

Following the Prime Minister’s call for “an advanced competitive manufacturing sector,” leading academics told The New Daily on Wednesday that Australia should compete with their global peers on quality rather than cost.

Although cheap toys and disposable fashion might be off the table, Australian Advanced Manufacturing Council executive director Mark Goodsell said the nation still has an abundance of options.

I don’t think we should aspire to make fluffy toys,” he said.

“But you can probably pick half a dozen or more sectors where high-value manufacturing gets its rewards in the market.”

Among those are the mining and agricultural industries – which both require specialised products that Australia is already well known for – as well as medical technologies and defence products.

Our nation’s abundant sunlight, wind, and tidal activity each present opportunities to create energy products for markets both domestically and abroad.

Electric cars and their components represent a significant one.

Not only does Australia have a rich history of automotive manufacturing beginning with the first Holdens rolling off the assembly line at Fisherman’s Bend in 1948, the sector still produces many sought-after products in the present day.

That’s not to say the years have been kind to the Australian automotive sector – the number of workers employed by the industry has more than halved since its peak in the 1970s.

Even in more recent years, actual car manufacturing has bled employees – but workers making parts and systems have mostly remained in business. 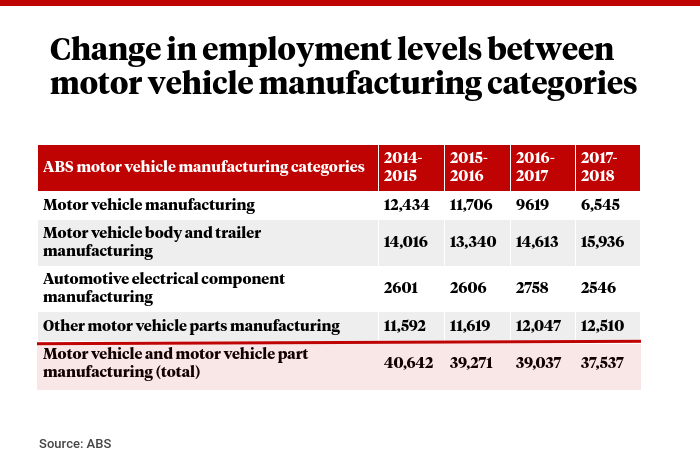 With government’s plans to create a “modern, advanced competitive manufacturing sector”, Mr Goodsell said the sector could grow its workforce by 20 per cent in the coming years.

“These are good jobs, full-time jobs with good wages, and good skill levels which a transportable to other sectors,” he said.

“They’re good careers as well as being good for the country in an aggregate sense.”

Australia is already a major exporter of many of the materials used to manufacture core components of these vehicles – notably the lithium used to produce batteries.

But rather than manufacturing these more valuable goods, Australia is content exporting them as raw commodities, according to Electric Vehicle Council chief executive Behyad Jafari.

In many cases, these materials are sold to other countries and later bought back at a considerable mark-up as new products that could be made domestically.

And as demand for electric vehicle components grows, so too does competition between nations that could viably manufacture them.

Mr Jafari said Australia is falling behind the pack and could miss out if other nations move faster to attract foreign business and investment.

“Car companies and investors are after certainty of demand,” he said.

“Once the factories are built, they’re built – this is a one-off opportunity.”

Even growing a domestic market will need support from government, because electric cars will need new infrastructure to allow drivers to charge their vehicles’ batteries.