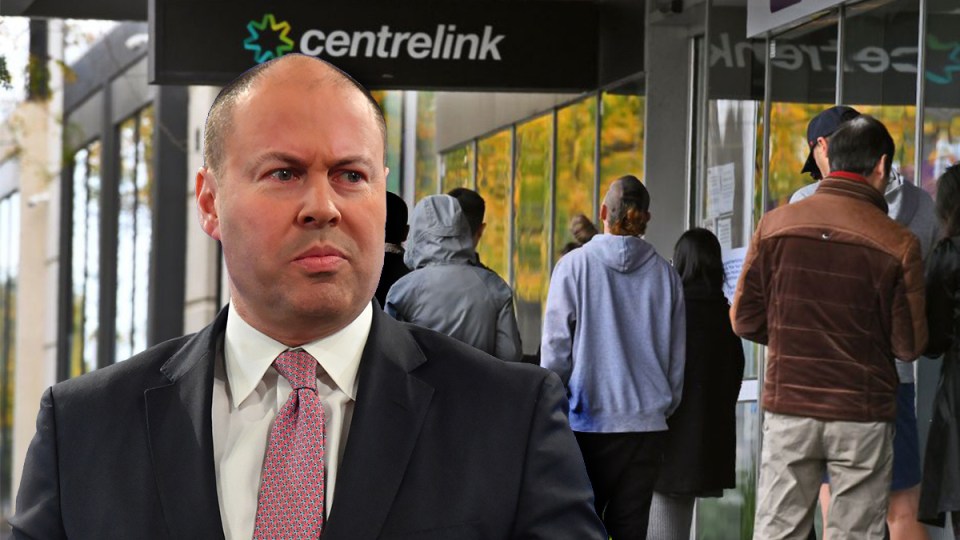 Almost one million Australians have lost their jobs as a result of the coronavirus, but Treasurer Josh Frydenberg has ruled out a permanent increase in the unemployment benefit.

As part of a wide-ranging speech on the economic costs of COVID-19, Mr Frydenberg said the recent doubling of the JobSeeker payment was only ever a temporary measure to cushion the blow of the virus-induced economic shutdown.

He told the National Press Club on Tuesday the government was focused on easing restrictions and getting people back to work as soon as possible.

He said the containment measures, while necessary, were costing the economy $4 billion a week in lost spending, productivity and workforce participation.

GDP is expected to shrink by 10 per cent, or $50 billion, in the three months to June – an economic hit that would have grown to 24 per cent of GDP ($120 billion) had Australia implemented a stricter European-style lockdown, the Treasurer added.

An hour earlier, the Australian Bureau of Statistics revealed that 975,000 Australians lost their jobs between March 14 and April 18, with the hospitality sector shedding one-third of its workforce and the arts sector losing more than a quarter (27.4 per cent).

The data showed that young and old were hit hardest.

Mr Frydenberg acknowledged in his speech that the unemployment rate took three years to climb 5 percentage points during the recession of the early 1990s, but seven years to fall back down.

This time around, Treasury modelling predicts the unemployment rate will jump 5 percentage points in just three months, and ABS data suggests it may have reached that point already.

Mr Frydenberg said this is why the government has focused on keeping the economy going during the health crisis, by relaxing bankruptcy rules, expanding telehealth rebates, and putting in place plans to allow for virtual AGMs.

Combined with the JobKeeper wage subsidy, government-backed loans to SMEs, support from the Reserve Bank, and other forms of stimulus, such regulatory changes have given Australians “a bridge to the other side,” Mr Frydenberg said.

He added later that the stimulus announced so far would likely be enough to see people through the crisis.

But Essential polling shows that 57 per cent of Australians do not think the JobSeeker payment (formerly Newstart) should revert to $40 a day once the pandemic subsidies.

And 25 economists and public policy researchers have written an open letter to our political leaders urging them to avoid austerity measures at all costs – following calls for JobKeeper to be extended to workers who miss out under the scheme.

The letter, which is signed by well-known economists such as John Quiggin (University of Queensland) and Nicki Hutley (Deloitte Access Economics), argues that cutting government spending on essential services and income support “will jeopardise the recovery and lead us down a low demand, high unemployment, low-growth route”.

It says the UK’s spending cuts after the global financial crisis provide a good case in point – with the United Nations finding in 2018 that the austerity measures were “entrenching high levels of poverty and inflicting unnecessary misery in one of the richest countries in the world”.

“When economic activity is restored, well over a million people will be out of work. Many of those still with a job are likely to see their incomes reduced for months and even years. With high levels of household debt, consumer demand will be depressed and, despite record-low interest rates, business will be reluctant to borrow,” the open letter says.

It wants government to take advantage of low interest rates and invest in the nation’s productivity capacity, rather than crimping growth by rushing to pay off the stimulus debt.

It says government “can roll its debt over indefinitely, provided the nation’s economic activity continues and Australia’s productive capacity operates to its full potential.”