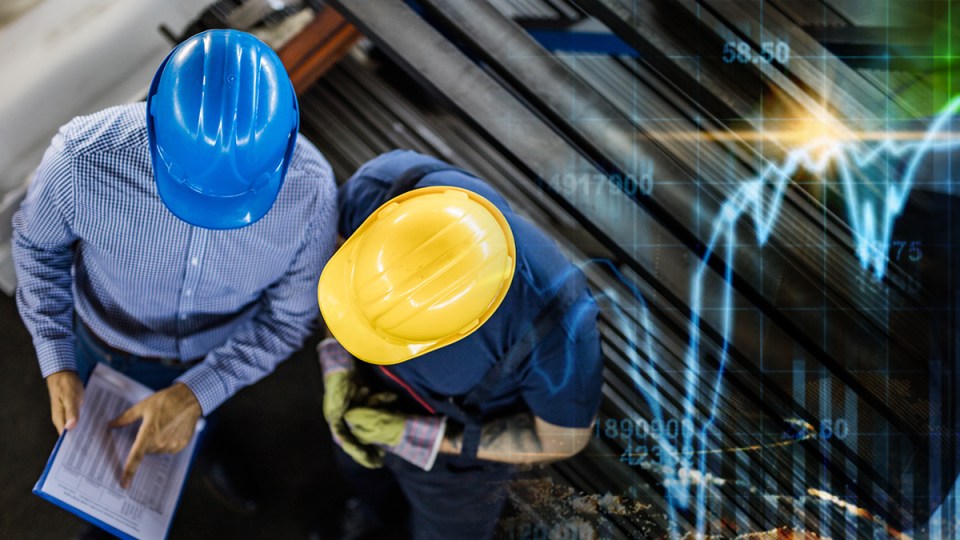 Governments are being urged to fast-track infrastructure projects to create jobs and support Australia’s ailing economy.

But economists have cautioned policymakers against approving new projects that offer little value to the community besides a short-term lift in employment.

As Australia shows signs of flattening its curve of infections, lobby group Master Builders Australia has warned of an “imminent crisis” facing the construction industry as builders across all sectors run out of work.

CEO Denita Wawn said 73 per cent of the 790 respondents to one of its member surveys had lost work as a result of the coronavirus – with forward work on their books falling by an average of 40 per cent.

She said the future of 400,000 businesses and 1.2 million jobs was at risk, and that government should consequently expand the First Home Loan Deposit Scheme and begin construction on already approved projects to support home builders and civil construction companies.

“Increasing the size of the First Home Loan Deposit Scheme and expanding its eligibility to include anyone wanting to purchase only new homes while maintaining the current price and income caps is just one of a range of measures we have proposed to the Federal Government,” she said.

“The nation’s commercial and civil construction contractors also urgently need a forward pipeline of work. Our calls for governments at all levels to accelerate the construction of social, defence and transport infrastructure projects will continue to be relentless.”

The call to arms comes after the Civil Contractors Federation and Urban Development Institute of Australia (UDIA) this week told the Australian Financial Review it had been pressing governments to bring forward “shovel-ready” projects to support the ailing economy.

The AFR reports that Deputy Prime Minister and Minister for Infrastructure Michael McCormack also wrote to state governments in March asking them to identify suitable projects to bring forward.

The UDIA has highlighted the $7 billion rail line to Sydney’s new airport at Badgerys Creek, a $2 billion extension to the Pacific Highway, and Perth’s $4.1 billion Metronet rail project as possible projects to bring forward, as well as urban renewal projects at Melbourne’s Fishermans Bend and Mount Barker in the Adelaide Hills.

Among other things, it is calling on the government to clear the backlog of projects waiting for assessment under the the Environment Protection and Biodiversity Conservation Act – requesting that they make a decision on applications lodged before July 1, 2019, by July 1, 2020.

Not the ‘proverbial magic bullet’

Independent economist Stephen Koukoulas said bringing forward the projects would help the economy “at the margins”.

But he told The New Daily these projects took a long time to get going and the economy would need more immediate support.

“There’s only so much you can do to fast-track these projects, but that doesn’t mean it shouldn’t be done,” Mr Koukoulas said.

“So I’d be in favour of fast-tracking them – particularly now, when there’s lots of people unemployed and underemployed – so you [should] do it.

“But I don’t think it’s the proverbial magic bullet that’s going to fix the economy.”

Angela Jackson, an economist at Equity Economics, said that fast-tracking suitable projects would provide an immediate boost to employment and made sense because “the projects have already been found to stack up economically”.

But, more broadly, she said governments must also address the needs of people living in regional communities.

“Everywhere in Australia is going to need support for jobs – and so the infrastructure spending needs to spread out across Australia, in local communities,” Ms Jackson said.

“It’s about finding investment in those communities that can employ people and also provide benefits to the community and the economy over the long term.”

Time for action on climate change

Some economists argue that the key to using infrastructure as a form of economic stimulus is to identify projects that are easy to stop and start, so that money gets into people’s pockets as soon as possible and large spending is not baked into government budgets over the long term.

But Ms Jackson said it was more important to identify high-value projects than initiatives that can be rolled out quickly, so that money is not wasted and society reaps a long-term dividend.

“I think there’s also a link to climate change,” Ms Jackson said, noting that governments had roughly six months of economic hibernation to plan big projects for the eventual recovery.

“We could start thinking about using the recovery to help some of the more climate-exposed communities with their transition – thinking more strategically about our investments in those communities so that they can transition to a low-carbon future.”

‘Admit what the hell is going on’: Biden wants US to face White Supremacy problem
Sydney home sprayed with bullets in gang violence
Device detonated, man arrested in Brisbane sieges
Peace talks between Russia, Ukraine stall
Viagogo loses appeal over $7m penalty
British MP arrested on suspicion of rape
Young and overweight? The fatter you are, the harder COVID-19 will hit you
Today's Stories