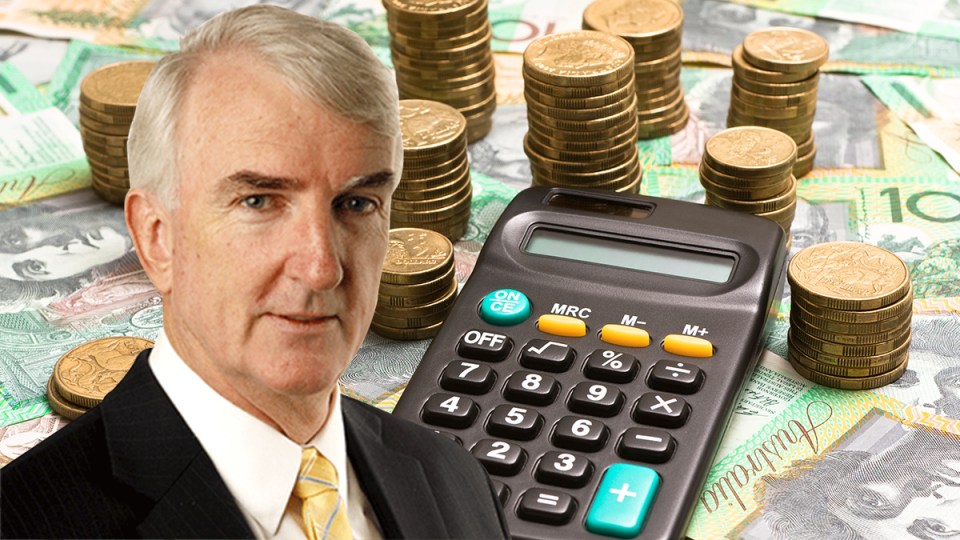 No one really gets a pay rise when you take into account tax and inflation. Photo: TND
analysis

Corporate Australia is in serious trouble thanks to COVID-19, but it’s trouble that has been made worse by a generation of CEOs, directors, MBA-badged management consultants and private equiteers undermining our resilience – grabbing short-term profits and ramping up share prices at the cost of sustainability.

At the most obvious extreme, there have been the private equity outfits buying companies, stripping out the assets, loading up the debt, applying a lick of fresh paint and financial creativity and then flicking the gutted businesses onto credulous investors.

It’s all profitable fun in good times, but when a cold wind blows the weakened structures too easily fail.

I’ll come back to the once-great Myer as a prime example of such private equiteer pillaging.

But that’s only the extreme.

In the mainstream, boards and CEOs have happily fallen in line with the management consultants’ mantra of “shareholder value” – spending fortunes on share buybacks that serve little purpose beyond artificially boosting share prices to deliver fat management bonuses.

And there’s a reasonable argument that Australian investors’ love affair with fully franked dividends has gone too far, a love that has become a mania when too much profit is paid out to shareholders at the expense of healthy investment in the company’s future.

Boards and the top management are rewarded by pushing up the share price.

The share price gets pushed up by buybacks and high dividend payout ratios, but they come at the cost of not investing in the strength, resilience and future of the company.

With management and boards not investing in the future, not growing the business, higher profits come from cutting costs – holding less inventory, squeezing suppliers and suppressing wages.

With that becoming the corporate norm, we had entered a vicious cycle even before the pandemic.

The standard management consultant culture meant there would be deficient investment in people and equipment unless consumer demand jumped – but consumer demand can’t jump when business and government actively suppress consumers’ wages.

Corporate Australia – and not just Australia – has been stripping out costs on the assumption that nothing would go wrong.

Our long, golden summer of unbroken growth reinforced the new orthodoxy, the government and Reserve Bank riding to the rescue during the GFC removed another layer of caution.

A correspondent identified a great irony of the past couple of decades: “So much attention has been paid by everyone, governments and companies to risk management and yet so many of the buffers – redundancy, in the jargon – have been eliminated,” he writes.

“And the buffers are physical, financial and just good old-fashioned experience.

“Redundancy, it must be noted, costs and is therefore anathema to the private equity cult.

“Some of the basic tenets – like don’t have a single point of failure – have also been ignored.

“It’s cheaper from China so get all your antiviral drugs, face masks etc from there.

“The degree of concentration, with hindsight, was pretty unwise.”

Governments are now riding to the rescue of corporate Australia, as they did during the GFC.

And that is a good thing, given the human tragedy inherent in recession.

But just as there is a trade off in COVID-19 policy between deaths and the economy, there is another between saving individuals’ livelihoods and encouraging reckless business behaviour or unhealthy risk-taking by companies.

It’s not just that this bank or that airline is “too big to fail” – corporate Australia overall is too big to be allowed to fail.

America’s executive class in the last few decades has settled into a Ponzi-like pattern: Borrow, inflate, strip assets, crash, get bailed out, start over. Both the profits and the size of the bag the rest of the country is left holding get bigger with each cycle.

In the last 10 years buybacks, takeovers and other schemes made executives rich, but left companies cash-poor and leveraged to the hilt. When COVID-19 hit, corporate America could with sincerity claim it needed immediate aid to keep doors open and financial markets afloat.

But the scope of the rescue is as massive as it is in significant part because private-sector cash that might otherwise have buffered the damage had already been stripped out of the economy. As Marcus Stanley of Americans for Financial Reform puts it, “We’re starting to routinise the process of privatising gains and socialising losses.”

The Myer case study will no doubt be taught in business schools for a generation.

Unfortunately, many of the bright young management consultants will take it as a brilliant success story – for the looters.

Private equiteers TPG and its henchmen did a shameless and extremely profitable job of stripping, licking and flicking Myer onto hapless Australian shareholders.

And they managed to scarper without even paying tax on their ill-gotten gains.

From the day it was offloaded onto a mug’s market in 2009, Myer has been a story that hasn’t stopped giving for financial scribes wanting to point a finger at the dangers of the private equity playbook.

Been there, done that often enough myself whenever the unfolding disaster stuck its head above the ramparts.

Myer shares closed on Tuesday at 16 cents. The entire company could be purchased on the stock market for $127.3 million, if you were crazy.

In 2017 when TPG was casting its eye over Fairfax, the ABC’s Ian Verrender used Myer as an example of what Fairfax might expect:

Back in 2006, as Coles Myer lurched from fiasco to failure, TPG in conjunction with some Myer family members stepped up to the plate, bidding $1.4 billion to take the loss-making department store off Coles’ hands.

Most of the money it shelled out was debt. And in textbook style, within months of the purchase – which included Myer’s prized Melbourne real estate – it had paid itself a whopping great dividend out of the proceeds of a massive sale that included about half the inventory sitting in warehouses.

During the next few years, TPG sold the real estate, reduced inventories and whittled down staff numbers, all of which had the effect of making the dour old retailer appear to have undergone a wondrous financial transformation.

In a stroke of brilliance and luck, TPG then took advantage of a temporary stockmarket peak on Melbourne Cup day in 2009 by relisting the company on the stock exchange.

Investors paid $4.10 a share for the company, after a brilliant marketing campaign that enlisted the help of supermodel Jennifer Hawkins whose statistics dazzled analysts.

Immediately after the float, TPG was embroiled in controversy and scandal.

The float delivered a profit of almost $1.5 billion. But the money immediately was transferred to several associate companies in the Cayman Islands.

The Australian Tax Office hit TPG with a demand for $678 million and attempted to freeze the company’s bank accounts. But it was all too late. The loot was gone.

As it turned out, TPG’s Australian offshoot didn’t actually own the Myer shares it sold. It was merely an adviser to two other companies, NB Queen of Luxembourg and its parent, TPG Newbridge Myer, domiciled in the Cayman Islands.

Some bright young things doing their MBAs will study that and conclude  it was a great play by TPG, one they might hope to mirror.

Some might see the massive public policy failure, but they won’t be paid much if they pursue such thoughts.

If Myer still owned its key stores, it would not be on the edge.

It wouldn’t be in danger of being sent under by its rent commitments.

And the Australian government wouldn’t need to be involved in adjudicating rent.

Myer, the ongoing legal identity, sold off its real estate and entered rental agreements it will now have trouble honouring – why should the landlords be forced to help bail them out? (Other than it being in their own interests for the time being.)

I repeat: Myer is only the extreme example of our corporate culture, of “shareholder value” reaching its ultimate conclusion of short-termism.

Will we be better out the other side of the present crisis?

The investment banks and CEOs and management consultants have long since taken their profits and bonuses, the present difficulty will pass and they’ll play on.

The CEOs, MBAs and private equiteers undermining our resilience