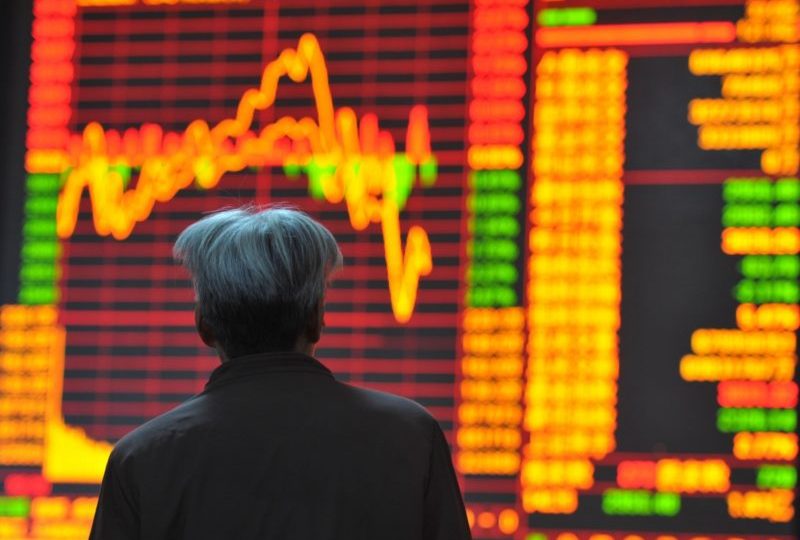 Australian and overseas shares were hit again on Thursday as the coronavirus pandemic worsened. Photo: Getty

The “battered and bruised” Australian sharemarket has plunged nearly 8 per cent after US President Donald Trump banned travellers from Europe because of the spread of the coronavirus.

More than $100 billion was wiped from the value of shares on Thursday, before the market finished 7.4 per cent down for the day.

Earlier, it hit its lowest point since November 2016 after stimulus announcements in Australia and the US failed to reassure investors.

Thursday’s fall eclipsed Monday’s plunge, and was the ASX’s worst day since at the height of the global financial crisis in 2008. More than $550 billion has been lost from the market as it has dropped from nearly 7200 to about 5300 in the past three weeks.

Later, Mr Trump’s announcement of a European travel ban dragged local shares down more than 5 per cent. By late Thursday, Prime Minister Scott Morrison was considering Australia extending its own travel bans to people from Europe.

Asian stock markets also endured heavy falls, with the Nikkei 225 in Japan down more than 4 per cent.

The local currency has lost one-third of a per cent to 64.62 US cents.

There was more panic selling on the sharemarket in early trade as US stocks entered a bear market for the first time since the 2008 global financial crisis.

The falls came after the World Health Organisation declared the coronavirus outbreak a pandemic.

Despite the bruising few days, one fund manager says Australian shares could recover in a year – if the global pandemic is quickly contained.

“Once we’re over that, I think you’ll actually move there pretty quickly because you’ve got tailwinds on monetary and fiscal stimulus, you’re got very low interest rates,” said Paul Taylor, who manages the $5 billion Fidelity Australian Equities Fund.

“People will then focus away from the coronavirus risk to the low cost of capital and I think people would move very very quickly.

“The other thing we’re seeing is – the world is awash with money,” Mr Taylor said in Sydney on Thursday.

With interest rates so low, there’s really no alternative to equities to finding yield and Australian equities are offering attractive yields of 4-5 per cent, fully franked, he said,

It took the ASX a dozen years to recover from the global financial crisis, but the quality of company balance sheets was much healthier this time around, Mr Taylor said.

Fidelity has analysts in many countries watching the spread of the outbreak. Mr Taylor was hopeful other countries could follow China’s lead and contain the virus in three to four weeks, although he acknowledged there were many unknowns.

“It’s a reasonable assumption but it’s certainly not a certainty,” he said.

Mr Taylor thought the Australian dollar was also set to rebound once the coronavirus was beaten.