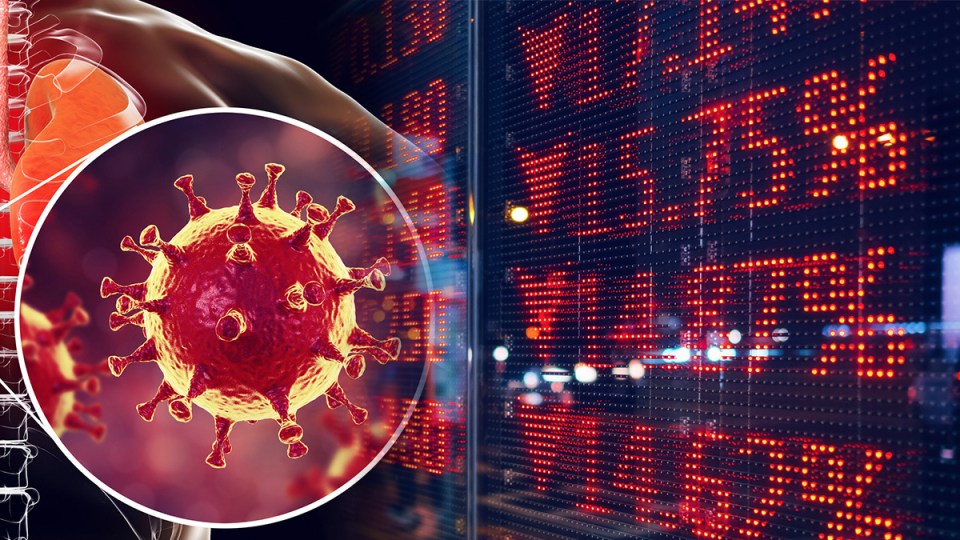 Monday was the the worst day for the Australian sharemarket since the GFC. Photo: The New Daily

The Australian sharemarket lost $137 billion in value on Monday after the spread of coronavirus indirectly triggered a sharp fall in oil prices.

On Friday afternoon the market was already down almost 13 per cent on its recent peak after investors took stock of the economic implications of the global contagion.

But then the market recorded its worst day of trading since the global financial crisis (-7.4 per cent).

Global oil prices tumbled 30 per cent and Australian shares wound back all of last year’s gains after Russia fell out with global oil cartel OPEC.

“In some ways, that’s a good thing, because Australians consume oil to drive their cars so it means the weekly fuel bill will collapse,” said AMP Capital chief economist and head of investment strategy Dr Shane Oliver.

“But as we saw about four years ago, when the oil price last crashed, it can raise concerns about energy producers and whether they will default on their loans.”

Most Australians will have little sympathy for struggling energy companies.

But the broader sharemarket fall means fewer dollars will be pumped into the Australian economy, which could feed into weaker growth and subsequent job losses.

What the market plunge means for ordinary Australians

Dr Oliver told The New Daily the biggest risk to the Australian economy was a sharp rise in unemployment if weak consumer spending put numerous firms out of business.

This would then feed into weaker consumer spending and even more job losses, which is a scary scenario given the record-high levels of household debt in Australia.

Depending on the severity of this cycle, this could trigger a domestic recession.

Although this is a bigger direct threat to the financial wellbeing of ordinary working Australians than falling share prices, Dr Oliver said the average worker shouldn’t ignore the market entirely.

“The sharemarket is forward-looking, so the fact it’s come down so heavily is warning us that there’s a significant threat to the economic outlook,” he said.

Added to this is the fact falling share prices can trigger a ‘negative wealth effect’, whereby shareholders feel less wealthy and consequently spend less in the economy.

Then there’s the impact on business investment.

“That is, you get a big shock in financial markets, and the flow of credit into the economy is impacted because a lot of companies are no longer able to refinance.”

Falling shares will also affect the real economy via the banking sector.

This decline in the market has seen a further substantial decline in equity values – and when banks have less equity, they are less likely to lend,’’ he said.

“That’s partly because of prudential requirements around capital [requirements], and partly just a risk-appetite issue.”

All of the above feeds into weaker spending in the real economy, which has negative implications for jobs and growth.

Dr Oliver said it was too early to tell whether the worst of the falls were now behind us.

“I can say the market is 20 per cent cheaper than it was a few weeks ago, and that there is therefore significant potential for the market on a 12- to 24-month basis to rebound and provide pretty good returns,” he said.

“But, then, in the short term, you can’t rule out further falls, as you’ve got two big unknowns here.

“One is how long it takes to bring the virus under control … and then there’s huge unknowns about the behavioural and economic response to the virus.”

Notwithstanding the uncertainty and market volatility, Dr Oliver advises investors to “stick to your strategy”.

Monday’s falls are not without precedent, he said, noting similar falls in response to the Grexit crisis in 2016 and Eurozone debt crisis in 2011.

And trying to time the market is “nigh on possible”.

“If you sell today and the market goes lower, you might sleep a bit better at night,” Dr Oliver said.

“But then history tells us the market could go lower and then in six months’ time be a lot higher than it is today – and then you’ve locked in a loss and have to buy back in at a higher level.”

Although he acknowledged that share price falls were bad for Australians nearing retirement, Dr Oliver said they were good for superannuation balances over the long term as super funds invested on a dollar-cost-averaging basis.

Meanwhile, Professor Hogan said it was often a good idea to buy shares after such a big fall.

He said the key was to enter the market when it had settled down.

“The sharemarket is down roughly [20] per cent from the highs – and, if you look through history, rarely has buying after a fall of [20] per cent been a bad thing,” Professor Hogan said.

You may lose money for a month or two, or even six months, but if you’ve got a long-term investment horizon and you’re looking at years not months, then the only question for investors is whether to buy now.’’

As for Australians who borrowed money to invest in shares, Professor Hogan said they “should have done their homework on what a big fall in the market means for them and should be enacting their strategies”.

“The main response when you’ve got a leveraged or high-risk strategy is that you shut the strategy down as soon as the market weakens, which would imply that you should be out of that by now,” he said.

What does the sharemarket plunge mean for ordinary Australians? And where to now?