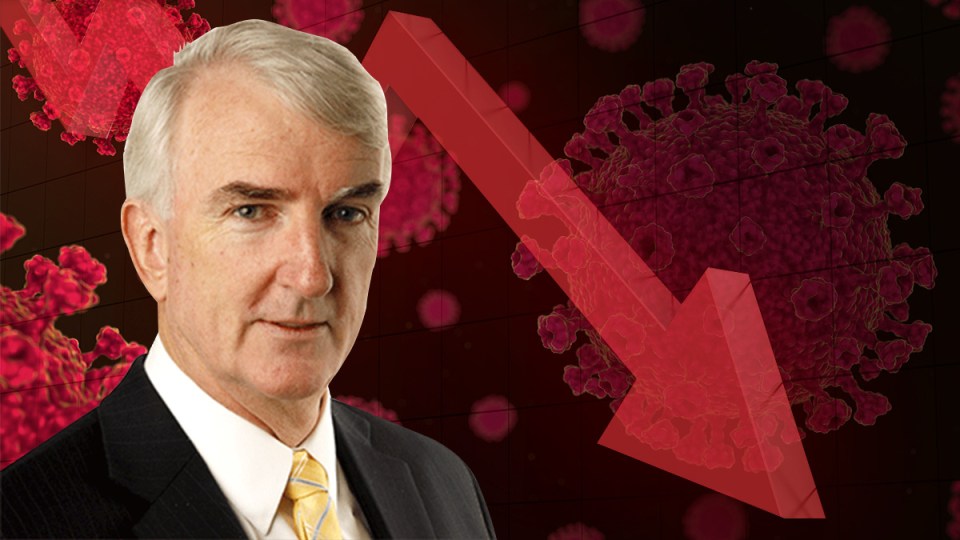 Lower interest rates will not soften the economic impact of the novel coronavirus.

And like the second night of conference drinks, it does the most damage to those who already have a hangover, who are weakened.

The government’s inability to face our pre-coronavirus reality is why the Reserve Bank has nearly exhausted its conventional monetary policy options. What it does have left is of dubious benefit.

Do you know a single person or business that has been holding off making an investment or hiring another worker until the RBA trims rates by another 25 or 50 basis points? No, neither do I.

And with rates already within a shot or two of effective zero, banks will not able to pass on the full cut anyway.

The stimulus we needed but didn’t get over the past six months to revive the economy was fiscal.

The stimulus we will need if COVID-19 proves as bad for the global economy as markets fear also is fiscal.

Which is why the RBA should not cut rates when its board meets on Tuesday.

Another 25 points off the cash rate this week would achieve three-fifths of stuff all.

At this stage, it’s better to save a token something to offer if the situation deteriorates further.

The RBA wants to help. The Reserve Bank Act stipulates that the bank’s powers should be used to best contribute to “the maintenance of full employment in Australia; and the economic prosperity and welfare of the people of Australia”.

The federal government doesn’t have such a charter. Instead, its raison d’être seems to be pleasing its supporters in hope of being re-elected.

For what it’s worth, the money market and most of the polled economists think the RBA board will sit pat this week but cut next month anyway.

I can’t see much point in that, either.

As the bank regularly reminds us, monetary policy is slow to work.

If COVID-19 hits, we’ll need quick stimulus, not the little and lagged response that might come from a small interest rate trimming.

The prosperity and welfare of the Australian people could be better served by the RBA playing hardball with Josh Frydenberg, no longer taking all the responsibility for the nation’s economic health.

The bank has been edging towards that position, warning that it only had two shots left and that it would take a financial crisis to push it into using unconventional monetary policy.

With those last two shots reduced to token impact, the board may as well hold its ground.

Its determination to do so should have been steeled by Mr Morrison’s scatty performance when asked about fiscal stimulus last week.

It wasn’t as fully loopy as Donald Trump’s coronavirus “hoax” effort, but there was nothing reassuring about the way the Prime Minister dodged and weaved his way around “targeted, modest and scalable”.

On Thursday there was this confusing ramble: “If we are to take any actions here and that is still subject to advice from Treasury, which has not confirmed their advice, that any such measures would only be effective if they were targeted, modest and scalable. And we are quite aware of where the virus is impacting in particular sectors more than others.”

Considerable work went into his talking points before doing a round of media interviews on Friday, but he still managed to come up with this exchange with Neil Mitchell on 3AW:

MITCHELL: Is this the most significant crisis financially – and let’s get to the health in a moment – since the global financial crisis?

PRIME MINISTER: I’d agree with that. I think that’s a fair assessment. But I think the difference is this – this is not a financial crisis. This is a health crisis with significant financial impacts.

Ah, the Clayton’s financial crisis – the one you have when it’s really a health crisis.

To point out the obvious, the danger we should be trying to avoid is the health crisis turning into a financial crisis.

There was worse in Mr Morrison’s interview with Sabra Lane on the ABC’s AM.

It started promisingly, seemingly acknowledging the threat in a rambling sort of way, before ending up all over the place. (Warning: Reading the following and trying to make sense of it could make your head hurt. Skim ahead if you’re not feeling strong.)

PRIME MINISTER: Well, we’re not immune from this economic impact. No country is. And the United States, like Australia, who are very well prepared to deal with the health impacts of this crisis with the virus. But the economic impacts are very raucous. It’s breaking down supply chains. It’s just not tourism. It’s just not students. It goes beyond that. I mean, the way that all of the economies are linked up these days means that it does have that domino effect. So we’re in for a difficult time economically because of the coronavirus and the advice we’ve had from Treasury when the National Security Committee met yesterday was that we need to be quite targeted about how we address that. This idea of, you know, big cash splashes right across the economy, no, that’s not it. That’s not a good idea. So we that’s not something that we would countenance anyway. But we have to be targeted and strategic about it.

LANE: You’re flagging targeted stimulus, potentially, to badly affected sectors like tourism and universities after downplaying that for weeks. Those sectors and companies, what should they expect on how much stimulus the federal government is prepared to offer?

PRIME MINISTER: Well, I don’t agree with your assertion we’ve downplayed it at all, Sabra. We’ve been very clear.

LANE: Well, on Tuesday, you said the government wasn’t into extreme fiscal responses when asked about whether you were considering fiscal stimulus.

PRIME MINISTER: Well, I’m not interested in extreme fiscal responses and never have been. I don’t think extreme fiscal responses are the right answer, and neither does Treasury, and that’s what I said yesterday. What Treasury has advised is that we should have a targeted, modest and scalable response to this. The target is essential because different parts of the economy are affected in different ways. It’s not just tourism, has obviously already been impacted, not just by the coronavirus, but in parts of the country and more broadly, by the bushfires. And we already have some pretty significant measures on promoting domestic tourism and working right now. But there are other parts of the fishing industry, the marine industry, the broader second-round effects of the students as well, going to restaurants, being in the economy. And so the effects are quite broad, but we’re considering how we can make a difference in those areas. We can’t make it like the coronavirus doesn’t exist. Of course we can’t do that. But nor are we being advised to or nor would it be responsible to go around borrowing lots of money to splash it around. That is not what the government is considering.

LANE: Sure. But the hit to the economy could be quite significant. This week alone, we’ve seen $100 billion off the ASX. The tourism sector, as you’ve mentioned, has been badly affected. Companies are struggling because their supply chains to China have stopped.

PRIME MINISTER: I know that and that’s why the government is considering the measures which Treasury and the Treasurer are pulling together right now and they’ll build on the measures that we’ve already got in place to respond to the bushfires as well, particularly in the tourism sector. And so we believe that that is necessary and that’s certainly the advice we’re getting. But the advice we’re also getting is that it should be targeted, it should be modest and it should be scalable to be able to take it to another level, if that’s what’s necessary. I mean, the challenge of this virus and this is the economic advice we’re getting, Sabra, is that this event, this virus was being seen like a SARS/MERS type economic impact. In very recent days, the Treasury has now said no, this is turning into a very different type of event and that’s why we will need to now take a different approach. And so we’re responding to that advice, just like we respond to the expert advice we’re getting from the health professionals, which has kept us ahead of this now for many, many weeks.

Having studied that interview on your behalf, I have the impression Treasury certainly isn’t what it used to be and I wonder what tourism promotion will be capable of achieving should the pandemic ensue.

While admitting that the impact would be much broader than tourism, the Prime Minister seems to think it would nonetheless be limited and could therefore be dealt with by yet another #Scottyfrommarketing slogan – “targeted, modest and scalable”.

Again, be careful thinking too much about that, as something that is “scalable” and subsequently scaled quickly stops being “modest”.

It’s not confidence building. It’s certainly not “whatever it takes”. And it remains weighed down by the ideological baggage that remains from the political attacks on Labor’s successful GFC stimulus efforts.

Of course, back then our central bank had useful amounts of ammunition left to combine with fiscal stimulus.

Now it is almost spent and the latter subject to advice not yet received, or something.

Perhaps Mr Morrison is better with the brevity of sloganeering on Twitter. This must be what happens after having a go, you get ahead.