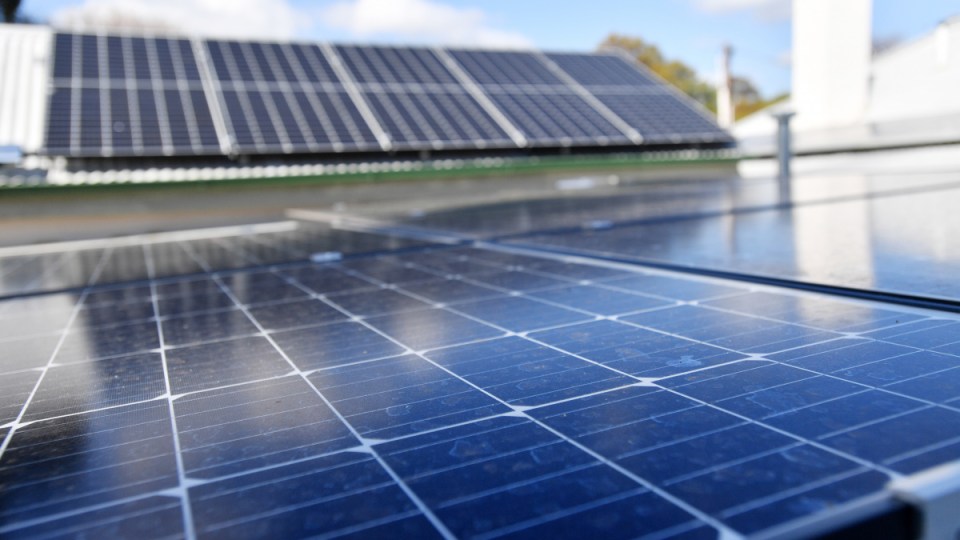 Rising concern over climate change has led to the best six months on record for wealth manager Australian Ethical.

As devastating bushfires claimed 33 lives and destroyed more than 2000 homes, thousands of Australians diverted money away from fossil-fuel interests and into more ethical investments.

The ethical wealth manager told shareholders on Wednesday that its half-year profits had increased 40 per cent to $4.4 million, on the back of an 18 per cent jump in revenue to $23.3 million.

Australian Ethical chair Steve Gibbs said the results were the fund’s best ever and reflected “both growing demand for what we do and our reputation for providing exceptional investment expertise”.

“As a result, we’re seeing that more Australians want to make their money matter.

“They are realising that investing ethically is about so much more than avoiding unethical businesses and is about investing for better returns and a future worth living in.” 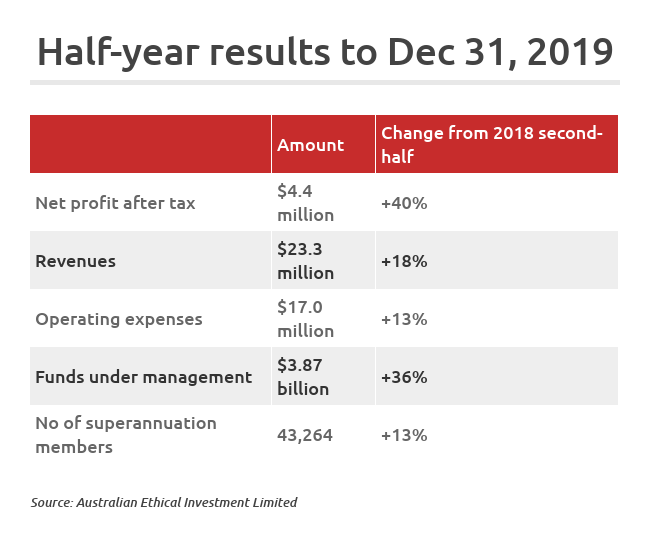 The fund welcomed 43,262 new superannuation members over the six months to December 31, 2019 – most of whom had actively chosen the fund.

As of the end of January 2020, Australian Ethical had increased its funds under management to $4.14 billion.

“Our aim is to continue to shape the future of finance, enabling investors to use their money – their power – for climate action and a liveable, equitable future for everyone,” he said.

The fund gives 10 per cent of its after-tax profits to charitable organisations via the Australian Ethical Foundation, which donated $360,000 in 2019 to 20 community organisations.

Among other things, it does not invest in fossil-fuel companies or anything “that is unnecessarily harmful to animals”.

The fund’s strong results come just weeks after investment bank Credit Suisse highlighted “sustainable investment” as the dominant investment theme this decade, with plenty of other fund managers profiting from the push towards environmental and social change.

Rod North, a former stockbroker and founder of Bourse Communications, said Australian Ethical’s strong results was unsurprising “because they’ve been building a very formidable and substantial business over a long period of time”.

He told The New Daily that growing climate concerns among investors meant the future was bright for funds with strong environmental credentials.

“Ethical investing will continue to be one of the key points of consideration for anyone investing,” he said.