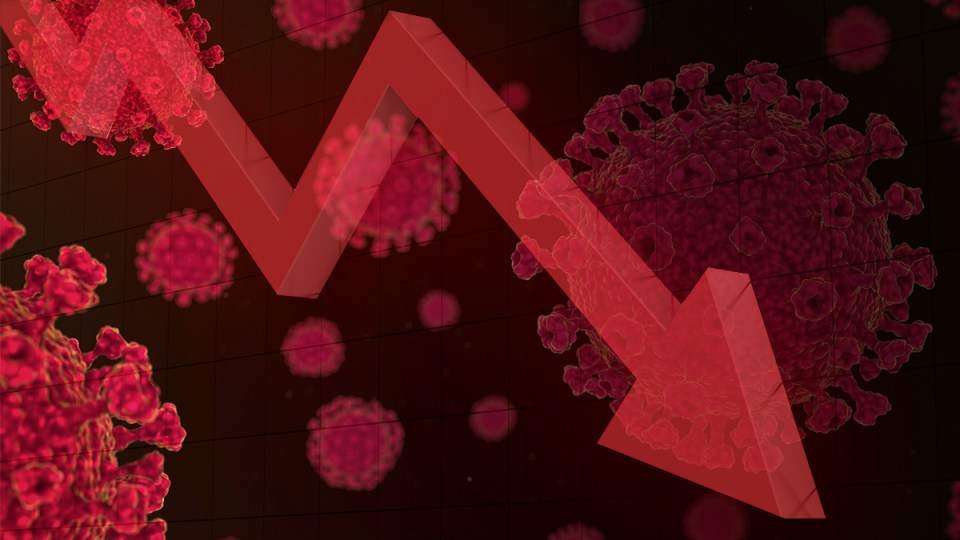 The economic effect of the coronavirus will be felt the most by June, the Treasury boss warns. Photo: The New Daily

ANZ economists have sounded the alarm on coronavirus’ economic impact, predicting the deadly disease will turn quarterly GDP growth negative for the first time since 2011.

With more than 400 deaths linked to the illness, the World Health Organisation has declared Wuhan coronavirus an “international emergency” – only the sixth in history.

Now, ANZ has estimated the fallout from the virus’ aggressive spread across the world could result in Australia’s GDP falling 0.1 per cent in the first quarter of the year.

While it’s only a small drop, it would bring Australia one step closer to a recession – defined by economists as two consecutive quarters of negative GDP growth.

Australia hasn’t had a quarter of negative GDP growth since 2011. 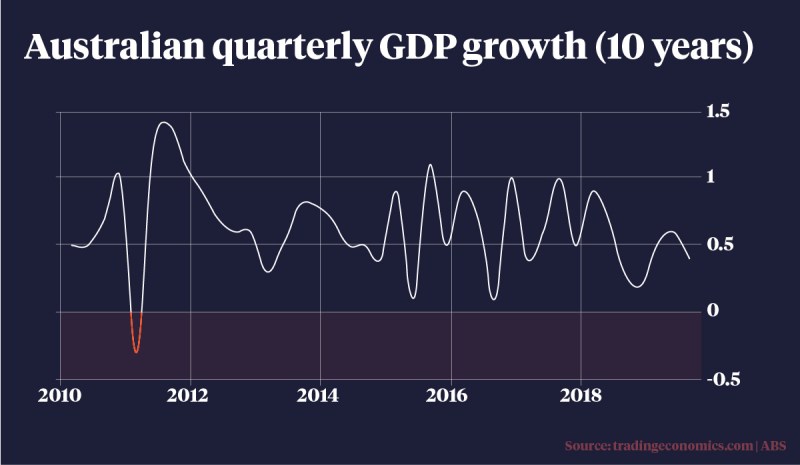 ANZ based its predictions off the SARS coronavirus that spread across the globe in 2003, killing 774 people in more than 10 countries and causing a sharp, short-lived drop in global markets.

Felicity Emmett, senior economist with ANZ and lead author of the bank’s report, noted China’s economic relationship with Australia has grown significantly since the SARS pandemic.

The Middle Kingdom now receives a third of Australia’s goods exports and sends more than 100,000 tourists Down Under every month.

As a result, the fallout from coronavirus will likely have a larger economic impact than SARS, with universities and tourism hit the hardest.

Ms Emmett told The New Daily the risks to Australia’s economy have “definitely increased”. But she said GDP growth should return by the second half of the year.

“Often with these hits to growth, they’re very quick and we also get a quick recovery and we often get some payback,” she said.

“Growth in the second half of this year is actually going to be quite strong if we see this recovery in tourism and education spending.”

Ms Emmett forecast that recovery will start in April.

But that will provide little comfort to Australian workers, she added.

“Forecasts are just forecasts, but we will take a hit. It’s entirely possible we’ll have a negative quarter,” she said.

“If you get two, it technically is a recession, but I don’t think people respond to measured economic activity – they respond to their own experience.”

And while Australia’s GDP grew (albeit mildly) in 2019, wages growth and employment figures have remained at historic lows – with little prospect of lifting in the coming year.

“I think the impact is going to be relatively short-lived,” he said.

“From an Australian perspective, the spread of this virus to here is very limited. The incentive for us to keep in place travel restrictions, I think, will dissipate very quickly and we’ll want to open up those borders again.”

China’s efforts to contain the disease have also been thorough.

“It’s certainly not a laissez-faire response,” he said, noting the full-city lockdowns set in place by Chinese authorities earlier in the year.

“The Chinese government is certainly throwing everything at containing the virus right now, so I think a couple of months [to contain its spread] is a pretty sensible guess.”

Coronavirus symptoms leave Australia teetering on the edge of recession