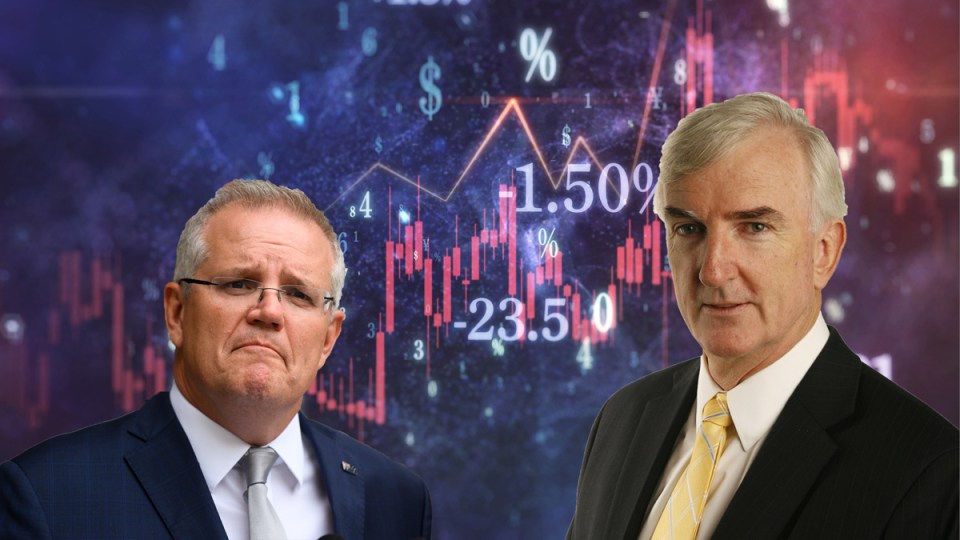 There was Scott Morrison on Sunday morning, still a captive of “brutal retail politics” as Peta Credlin put it when explaining the Coalition’s weaponisation of climate change, still fibbing about Australia’s carbon emissions, still unable and/or unwilling to show leadership.

Most of all in defending Australia dragging the chain on emissions reductions, he demonstrated the government’s lack of rational economics in dealing with climate change.

As suggested here last week, by not pricing the full cost of our changed and changing climate, we end up with half-arsed policy driven by the short-term political goal of keeping the keys to the Lodge.

Short-term, easy-peasy, no-pain-required goals fit the #ScottyfromMarketing image. Longer-term goals – goals that might be difficult to communicate and could involve some pain – are the stuff of leadership.

In particular though, the prime minister missed the same two points about successful economic rationalism that I overlooked last week -the importance of considering any policy’s opportunity cost and the importance of compensating those who lose out from changes that benefit the whole at the cost of a few.

Economic rationalism – looking for market-oriented solutions based on fully pricing all factors along with compensation and opportunity-cost awareness – should be the mainstay of an evolved, genuinely conservative government.

(I’d argue it should be a core value for any government, but that’s irrelevant federally for the foreseeable future.)

Instead, under the Abbott/Turnbull/Morrison governments, the Coalition has been backsliding, giving preference to sectional special interests, becoming servants of self-interested lobbies.

From Abbott/Hockey ditching reform of the iniquitous novated lease tax lurk (for the benefit of the salary packaging industry and Liberal Party coffers via a particularly large donation) to the billions being blown on Abbott/Morrison “direct action” payments for supposed carbon emissions reductions, rational economics has gone out the window in favour or deals for mates.

What’s the opportunity cost of giving billions of dollars to businesses for emissions reduction actions they rationally should adopt anyway? What more efficient policy has been foregone with funds available to compensate those adversely affected?

About the same percentage of economists believe pricing carbon is the best emissions reduction policy as climate scientists believe burning fossil fuels is heating the planet – but the words “carbon tax” are like sunlight to Coalition carbon vampires.

(A prominent climate scientist once explained to me that there is a scientific basis to the couple of percent of scientists who are climate sceptics or deniers – statistically there will always be a couple of percent who reject a finding. Cue the anti-vaxers and various fellow flat-earthers.)

I have to thank an economist friend for pointing out my dual sins of omission last week. The more learned and experienced observer wrote:

Your piece reminded me of [Gilbert Keith] Chesterton’s remark that ‘the Christian ideal has not been tried and found wanting. It has been found difficult and left untried.’

There’s been a reversion in the political class, especially the Liberals, to defending rent-seekers – just like in the 50s, 60s and 70s – who thrive best in the world of lobbying, political donations, opaque networks etc that you point to, than they do in a world of market-driven policy making.

It is the protection of rent-seekers that Morrison has in common with Menzies/McEwan. It’s sort of rational for the beneficiaries.

The reason they are suspicious of market-based solutions is because the politicians get to interfere and make decisions to their own and their supporters’ advantage, whereas market-driven policies deal them out pretty quickly.

The classic example is experience pre- and post- [the Australian dollar’s] float. I despair when I see ministers carpet executives of electricity companies and bully them into doing stuff as if it’s a long-term solution that provides certainty for anybody.

It is a problem of the bureaucracy too. I do not see people of stature in the public sector advocating market-based solutions as doggedly as certain leading bureaucrats did for years before their proposals were actually accepted. People like Austin Holmes and Alf Rattigan, plus the generation that got all the credit like Bernie Frazer, Chris Higgins, Ian Macfarlane etc.

The people whose stars are now ascendant are the regulators, who increasingly are behaving themselves like politicians, and who, with one exception, are pretty mediocre.

It’s a reflection of what the values of the public sector are these days – what it takes to get promoted – and the diminution of once great intellectual centres of gravity, like Treasury.

I would have made two additions to your article:

One is about opportunity cost. Sometimes you can’t measure it, as you say, but you just have to have good arguments and a bit of faith.

The other I would more encourage you to consider is what I like to think of as the Australian genius in this space – identifying the losers and compensating them.

This has been a feature of most important reform in Australia, including those that opened up the economy as well as the GST.

A rational economist will share the gains from policy change to get the losers to shut up. Experience is that winners from this sort of policy are pretty silent, and uncompensated losers howl.

Instead of rational economics, we have conservatives who lack the power of their convictions, or actually have forgotten that they should have convictions.

[Adam] Smith, [Friedrich] Hayek and [Milton] Friedman will be turning in their graves. He might have the university medal in economics but I’ll bet Angus Taylor never understood a page of them, if he read them at all.