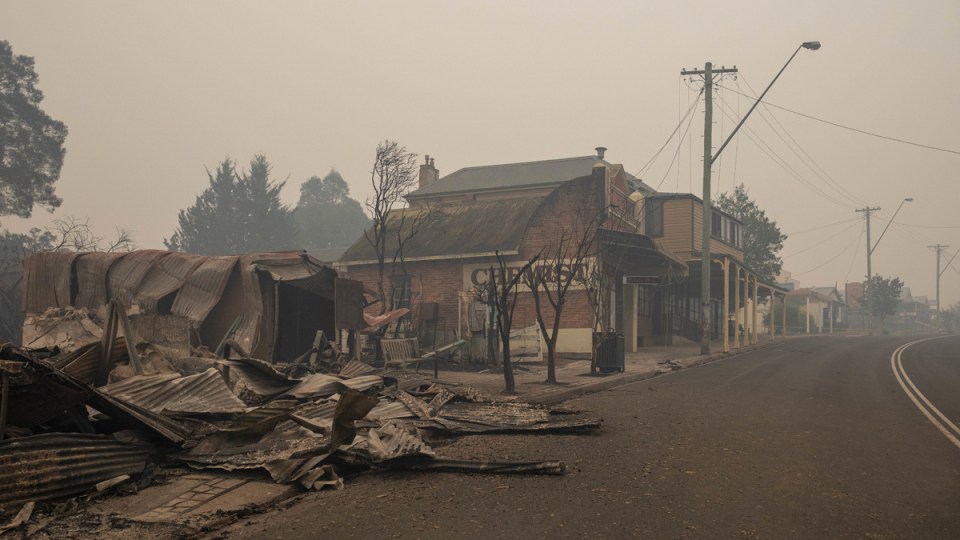 The cost of rebuilding in the wake of this bushfire season will be immense. Photo: AAP

The cost of rebuilding homes damaged or destroyed by the catastrophic bushfires ravaging Australia’s east coast is predicted to hit $375 million.

According to the most recent figures from the Insurance Council of Australia (ICA), there have already been more than 1600 confirmed property losses and more losses are likely.

New South Wales has so far borne the brunt of the fire, with 1405 of those confirmed property losses falling within the state’s borders.

In Victoria, there are a further 110, 88 in South Australia and 45 in Queensland.

All up, 5850 claims have been lodged since the ICA declared the fires had reached catastrophic levels on November 8, and more than 60 insurance workers have been dispatched to the Melbourne evacuation centre to help those forced from their homes.

Only the 1983 Ash Wednesday fires and 2009’s Black Friday inferno destroyed more homes than the blazes currently tearing through the country.

The ICA has urged people not to re-enter damaged homes unless it’s safe to do so, even when getting ready to make an insurance claim.

Likewise items which could pose a health threat should be avoided or dealt with even if they need to be assessed for an insurance claim.

Instead, the ICA said policyholders should photograph those items and take a sample before disposing of the item.

How to help bushfire victims

There are many ways people can help those affected by the fires, predominately by donating to relevant organisations so they can use the money as needed.

Donate to the firefighters

The men and women on the frontlines of the blaze are predominantly volunteers taking time out from their daily jobs to protect other people’s lives.

Both NSW’s Rural Fire Services and Victoria’s Country Fire Authority have been calling for more donations to help cover the firefighters’ expenses.

Donate to the Red Cross

The Red Cross and its team of 1480 volunteers is currently operating evacuation centres and recovery hubs around the country.

The organisation also plans to provide cash grants to victims from 6 January. You can donate to the Red Cross here.

People with rooms to spare can offer their space to those affected by the bushfires through AirBnB’s Open Homes program.

The only requirements are that the space includes a bed, has access to all the basic amenities and is available for two or more consecutive days.

Donate to the RSPCA

More than 400 million animals are believed to have been killed by fires.

The RSPCA has called for cash donations to help evacuate and triage wildlife and domestic animals and provide pet needs.