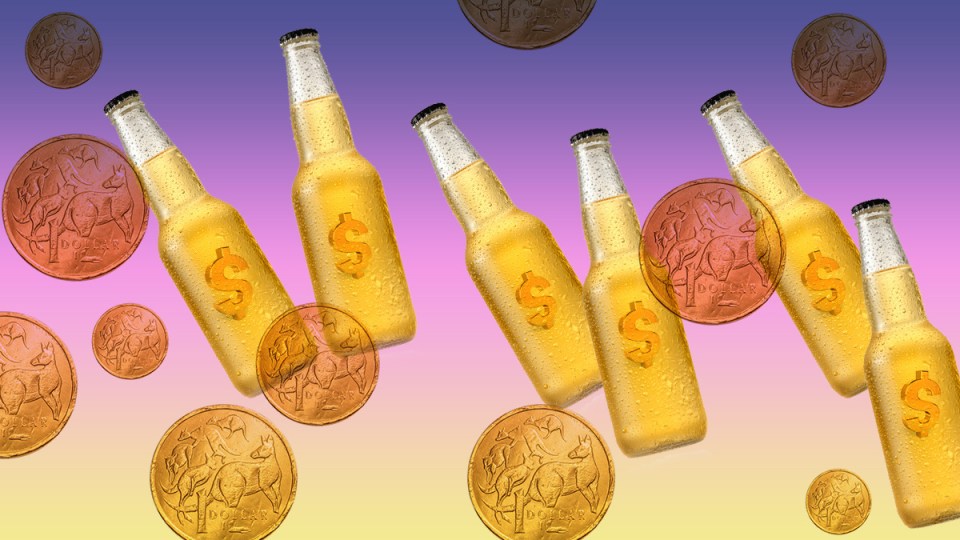 The ACCC is worried a takeover of Carlton United Breweries could make cider and beer more expensive. Photo: The New Daily

The competition watchdog has stepped in to protect thirsty Australians having to pay more for a pint, flagging concerns a takeover of Carlton United Breweries could drive up drink prices.

Asahi Group Holdings’ (Asahi) proposed $16 billion acquisition of the Australian brewer has attracted the attention of ACCC chair Rod Sims over fears it will reduce competition – particularly in the cider market.

“The proposed acquisition would combine the two largest suppliers of cider in a highly concentrated market,” Mr Sims said.

“A combined Asahi-CUB would control the Somersby, Strongbow, Mercury and Bulmers cider brands, which account for about two-thirds of cider sales. We are concerned that the proposed acquisition may lead to higher cider prices.”

Beer could face a similar fate, Mr Sims cautioned, as the local industry is “highly concentrated”.

“While Asahi is currently a relatively small brewer in Australia, accounting for approximately 3.5 per cent of beer sales here, our preliminary view is that Asahi may act as a competitive constraint on the two largest beer brewers, CUB and Lion, and has the potential to be an even bigger threat in future.”

Asahi tried to dispel the ACCC’s fears by claiming the cider and beer markets were one and the same, and the reduced competition in the beer and cider categories wouldn’t stifle broader alcohol competition.

The ACCC however disagreed. Mr Sims said the competition cop’s preliminary view was that cider exists as a “separate market” and “drinkers do not readily switch between beer and cider”.

Sam Reid, president of industry group Cider Australia, told The New Daily he was pleased with the ACCC’s ruling.

“Cider Australia has been working for years to build a credible and sustainable cider category that serves many different drinking occasions and formats, and this decision supports all of our hard work to date,” he said.

“We do believe the cider category would be adversely impacted if the merger goes ahead as proposed. You will not see anywhere near as much innovation and diversity in the category if one company is allowed to control two-thirds of the market.”

But Mr Reid did not comment on how Cider Australia would like to see the proposed takeover progress.

“We’ll leave that to the experts to resolve,” he said.

“Our focus now as an association is on driving the provenance messaging in the cider category as we think that like wine, this plays an important role in premiumising the category.”

The Brewers Association of Australia, which represents the beer industry, declined to comment.

The takeover is still under review and the ACCC is taking submissions on the matter until January 22.

But the latest ABS data shows that long-term downward trend has been flattening over the past three years.

“In 2017-18, the total alcohol consumed in Australia was equivalent to 9.51 litres for every person in Australia aged 15 years and over, similar to the 9.48 litres in 2016-17,” ABS acting director of health statistics Robert Long said.

“In average daily consumption, this equates to 2.08 standard drinks per person and is unchanged from 2016-17.

“What is interesting is that we are seeing a rise in spirit consumption, which has been on a recent downward trend.”

Beer and cider price hikes could be on the cards, warns ACCC