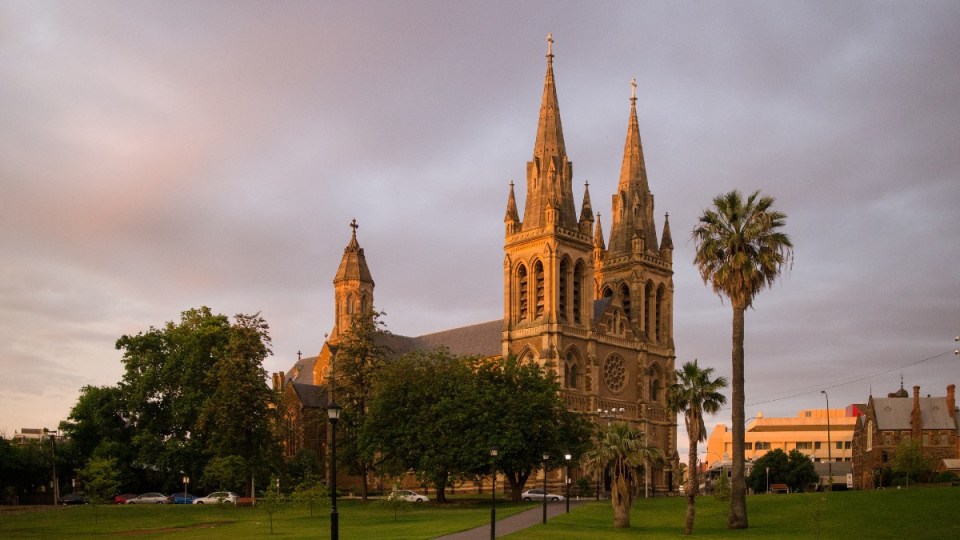 For years, South Australia has faced an almost insurmountable problem – the lure of Melbourne.

Generations of young people have left South Australia in search of adventure and work, with one-third of the 28,926 people who moved interstate last year destined for Victoria.

As the fastest-growing city in Australia, Melbourne is booming, with its rapid speed of growth bringing its own challenges.

But Adelaide tells a different story, amid warnings it is for the first time entering a danger zone where the ageing demographics of the capital city means it is starting to look more like a regional town.

So, what’s the solution?

That’s despite past decades of migrants choosing to call South Australia home.

British expat Pauline Waters remembers her father’s reaction 73 years ago, when he was told of her plans to move across the world from England to Australia to marry an Australian serviceman.

“He was devastated and, when I wasn’t supposed to hear, I heard him say to my mother ‘she might just as well bury us’, because Australia in those days was so far away,” she said.

It took six weeks for the World War II hospital ship to reach Australia’s shores, with her first home set among the orchards of South Australia’s Riverland.

At 96, she is now the oldest person in her retirement village in Adelaide’s leafy eastern suburbs, and the last surviving member of her group of British migrant friends.

Adelaide has changed quite a lot — it was quieter, it’s much, much more busy now,’’ she said.

While Adelaide may have changed over the decades since she arrived, shifts in its cultural makeup have been less pronounced; British migrants account for the vast majority of overseas-born migrants at 6.6 per cent of the population, but their population is ageing.

The second wave of migrants from Greece and Italy are also getting older.

In Melbourne, English migrants have dropped to No.3 in the migrant mix at 3.2 per cent, with younger Indian migrants accounting for 3.8 per cent of the population and Chinese migrants follow closely behind at 3.7 per cent.

Into the ‘grey zone’

Political commentator George Megalogenis said South Australia was behaving unlike other mainland states, after missing out on much of the third migration wave from south-east Asia.

It means Adelaide has an older population, placing it in the unenviable position of being the first mainland capital city starting to resemble a country town, he said.

Adelaide is one of the first places on the mainland that’s moving into what I call ‘the grey zone’ where people aged 65 and older start to outnumber kids aged under 15,’’ he said.

“More retirees than children is usually the trigger … where you start to get an acceleration of ageing and this is the city’s big challenge.”

For Mr Megalogenis, Torrensville in Adelaide’s inner-western suburbs, with its Greek and Italian influences still very apparent, brings strong memories of his adolescence growing up in Melbourne.

“It’s nostalgic, but it still feels vibrant – this is the weird thing about it,” he said.

There’s a time delay on this city.

“I think the challenge now is to make sure that – especially now we are seeing the beginnings of an Indian migration wave – the challenge is now to catch it.”

EMBED: More South Australians were born in the UK than any other foreign country.

State government documents show one of the state’s long-standing problems is its struggle to grow the population from within.

Its submission to the Council of Australian Governments (COAG) in February forecast the birth rate – the average number of children per woman – to remain at 1.76.

And over the next 10 years, it estimated there would be 3500 more people who move interstate than arrive.

With the median age of migrants coming to Australia being 20 to 25, the government is placing its hopes on immigration to soften the economic impacts of the state’s ageing population.

“Migration has to carry all of the load and it has to do proportionately more than it is doing in any other capital city in Australia,” Mr Megalogenis said.

“Chinese and Indian migration dictate whether a city is vibrant, or it’s not, and the good news is they are starting to move in.

“The bad news is Melbourne – Melbourne is still sucking most of the migrants that choose to come to the south-east corner of Australia.

‘I want to stay forever’

Living in New Delhi and London, Nitin Chauhan, 31, spent long days in the office and faced a four-hour commute, but the arrival of his son Agastya prompted a reassessment of priorities.

“I want to work, but I also want to make sure that my family gets the life they have always been aiming for and I should get enough time to spend with my family,” Mr Chauhan said.

While Adelaide was not the first destination Mr Chauhan considered, an invitation to apply for a state-sponsored visa was too tempting to resist.

“Sydney and Melbourne is a first preference from a migrant perspective. Anyone wants to go there, but every city has their own challenges,” he said.

“I was very nervous initially because coming from a big market of jobs, I had a settled life in India … my own house, a highly paid job and was fully accomplished, but then coming here had my own fears that maybe I’ll not get a job in time, or I’ll have to start at a lower level.”

He was also concerned about stories told in India about Australian racism against migrants, something he said he had yet to see since arriving in Adelaide 18 months ago.

Within weeks of his arrival, Mr Chauhan landed a job with one of the big four banks, where he has since been promoted, and can work from home two days a week.

It is the simple things that have won over the Chauhan family, such as strangers saying hello on the street as they walk by.

“I’ve stayed in London, stayed in India, and stayed in other parts as well, but I think Adelaide is one of the best places to stay because firstly you can give enough time to your family, you can have time for yourself as well,” he said.

People here are really understanding. They are good, and you can interact with them.’’

Now, Mr Chauhan dreams of gaining permanent residency and furthering his career in the banking industry.

“I just want to stay here forever and see my family grow old and enjoy my life,” he said.

Adelaide is moving into the ‘grey zone’, and there’s one thing that could fix it