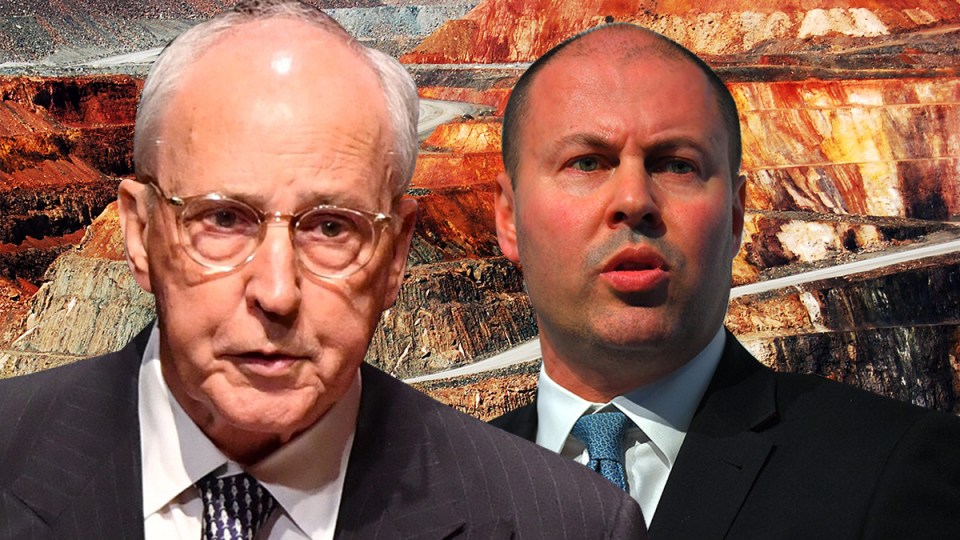 The superannuation revolution unleashed by then-treasurer Paul Keating in 1991 not only helped secure the futures of working Australians, it turned the country into a net capital exporter.

That means along with minerals, uni degrees and outback holidays we now export investment capital which delivers us a growing stream of interest and dividend income.

We may not yet have become the ‘Switzerland of the south’, but since early 2014, Australians have owned more of the world’s assets than the world has owned of ours. That hadn’t happened since Captain Arthur Phillip stepped ashore at Sydney Cove in 1788.

Traditionally, Australia lived on capital invested by our former colonial masters in the UK, then the US and more recently a range of Asian powers including Japan and China. That meant we were gradually selling off the farm as our economy grew.

But that equation turned around in 2014, and Australia now has  a significant buffer of overseas investments, to protect us against the chilly headwinds of international economic storms. 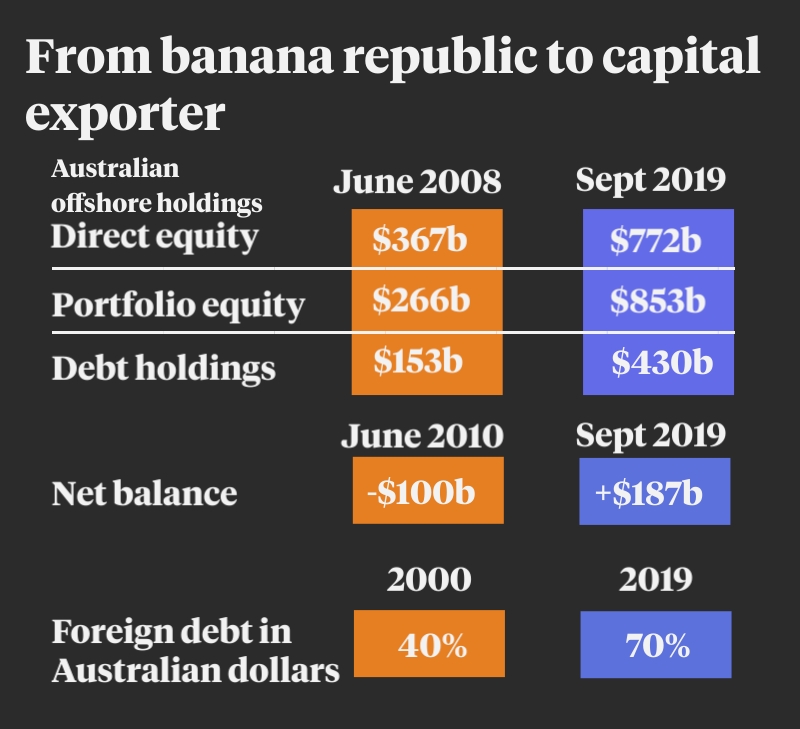 Back when Paul Keating blew the whistle on ‘the lucky country’ by saying we were heading for ‘banana republic’ status, he was responding to a balance of payments crisis. Coupled with a falling dollar, a blowout in foreign debt and imports signalled the rest of the world was losing faith in us.

But now that situation is much less likely, as our economy has far greater resilience due to two factors.

One is the buildup of net foreign balances driven mainly by offshore investment by super funds and Australian companies. 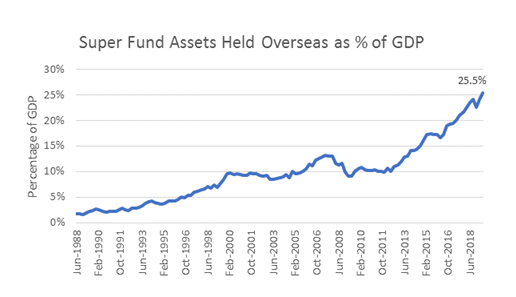 Secondly, important changes in our foreign debt have accompanied the buildup of offshore investments, which, in turn, have significantly boosted our economic resilience. 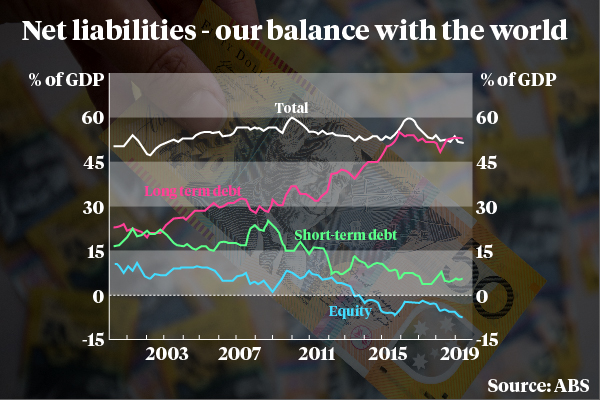 At the height of the global financial crisis in 2008, “25 to 30 per cent of Australia’s foreign debt was short-term and had to be rolled over every 90 days,” said independent economist Saul Eslake.

That gave the banks and the government heart failure during the GFC, when the international banks stopped lending and could easily have sent us to the wall.

“Now, 57 per cent is long-term with durations of over five years,” Mr Eslake said.

Having more long-term debt means the world can’t suddenly deny us credit and foreclose if the GFC returns.

And there’s something else at play on the debt front.

“Back in 2000, 40 per cent of Australia’s foreign debt was denominated in Australian dollars whereas now it is 70 per cent,” Mr Eslake said.

What scared the daylights out of Paul Keating in the late 80s was that a balance of payments crisis had led to a collapse in the currency. Because foreign debt was mostly in $US, as the currency fell, the repayments on our foreign debt blew out and increased the risk of a financial death spiral.

Now, with most of the debt in Aussie dollars, a slump in the terms of trade won’t cause a blowout in repayments.

“With Australia moving to that position, it makes it very hard to have a balance of payments crisis,” said Sarah Hunter, economist with BIS Oxford Economics.

“Australia’s external position is much stronger than it was with an increase in the net overseas asset position of 10 percentage points of GDP in recent years,” Mr Eslake said.

So good has the position been in recent times that even the current account [the balance of what Australia buys and sells overseas] has gone into surplus for the first time since 1975.

“There has been a big increase in export volumes and values. There has been some increase in services, tourism and education income, but the big thing this year has been a major spike in the iron ore price as a result of the collapse of a tailings dam in a major Brazilian iron ore mine,” Ms Hunter said.

With the iron ore price heading down again, that current account surplus is not expected to last. But the overseas asset surplus will continue to grow.

How superannuation is turning Australia into ‘the Switzerland of the south’