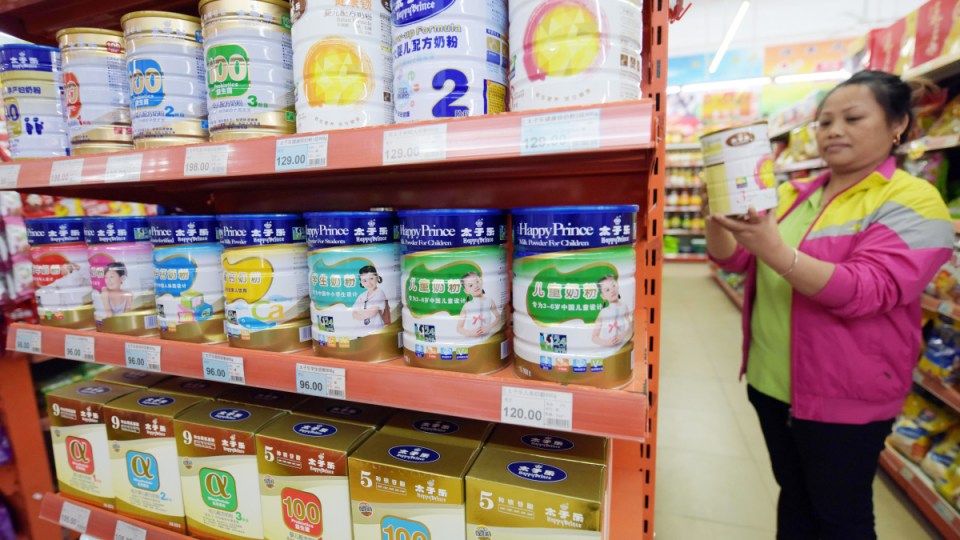 If the scheme is approved after a meeting in Melbourne on Thursday and - it will transfer Bellamy's shares to Mengniu's subsidiary for $13.25 cash per share. Photo: AAP

Bellamy’s investors appear strongly in favour of a proposed $1.5 billion takeover by the China Mengniu Dairy Company ahead of an official vote on the deal.

A summary of proxies received so far shows 98.92 per cent of votes in favour of the buyout, representing 73.7 per cent of Bellamy’s total shareholders.

The scheme meeting takes place in Melbourne on Thursday and – if the deal is approved as expected – will transfer Bellamy’s shares to Mengniu’s subsidiary for $13.25 cash per share.

That’s inclusive of a fully franked special dividend of 60 cents per share.

He did however impose conditions on the deal, including that majority of the Bellamy’s board of directors will have to be Australian citizens and living in the country.

The Treasurer also requires the Chinese buyer to invest at least $12 million in infant milk formula processing facilities in Victoria.

Bellamy’s board had unanimously recommended shareholders vote in favour of the scheme, but denied it had anything to do with fast-tracking Chinese regulation to allow expansion in the country.

Shares in the company were last worth $13.14, having surged by more than 50 per cent in one day after the Mengniu proposal was revealed in September.