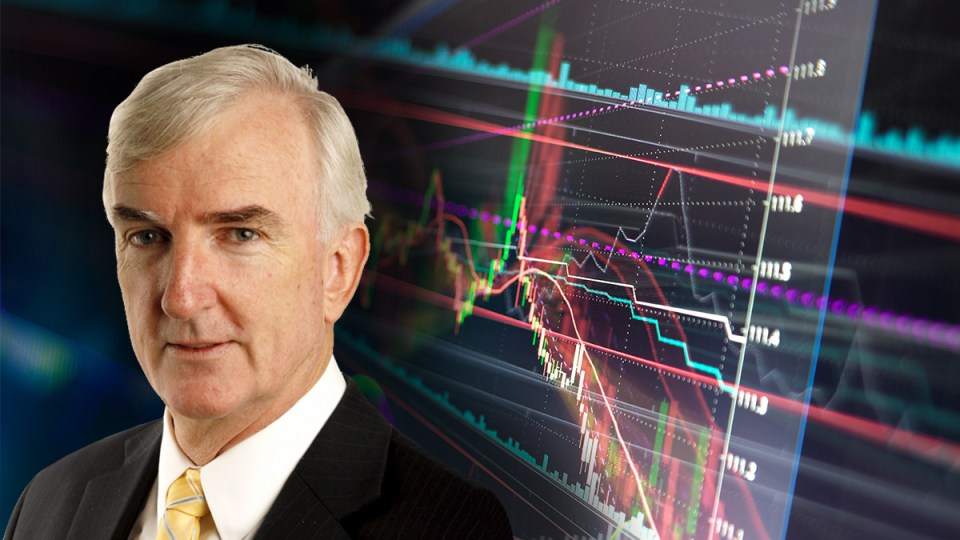 It’s nice that the Reserve Bank has finally caught up with the real world when it comes to capital’s wages strike – not that our central bank quite calls it that.

After half a dozen years of forecasting otherwise, Tuesday morning’s Wages and Employment speech by the RBA’s deputy governor Guy Debelle admitted real wages growth is stagnant and will remain so as far as the RBA’s eye is game to see.

As previously reported here, that blows the RBA’s inflation hopes and the government’s budget projections out of the water.

And in a one-two punch for hopes of improved living standards, RBA governor Philip Lowe effectively ruled out radical monetary policy stimulus on Tuesday night, leaving the task of reviving the economy to the federal government – which has pledged to prefer a budget surplus instead.

Dr Lowe explained that, at the present cash rate of 0.75 per cent, the RBA is just two more rate cuts away from effective zero interest rate policy.

The market has already priced in one of those cuts.

“At a cash rate of 0.25 per cent, the interest rate paid on surplus balances at the Reserve Bank would already be at zero given the corridor system we operate,” he said.

So from that perspective we would, at that point, be dealing with zero interest rates.”

Dr Lowe said quantitative easing (QE) would become an option at that level, but he made clear it was very unlikely the RBA would go there, that it would require a financial crisis to push the bank over the unconventional monetary policy edge.

That means we are a fraction away from conceding Australia has run out of monetary policy ammunition – if we haven’t already done so.

Dr Lowe yet again made the obvious point, via a Bank for International Settlements report: “It reminds us that when there are problems on the supply side of the economy, the use of structural and fiscal policies will sometimes be the better approach.

We need to remember that monetary policy cannot drive longer-term growth, but that there are other arms of public policy than can sustainably promote both investment and growth.”

The bad news within Dr Debelle’s speech is that, even if economic growth picks up in the next few years as the government and RBA hope and forecast, Australian workers won’t gain any benefit from it.

Whatever the quarterly GDP numbers might be, it takes higher real, take-home pay for workers’ living standards to rise.

Dr Debelle painted a future where that simply is not going to happen, at least until unemployment falls to somewhere below 4.5 per cent.

Even the government’s ridiculously optimistic budget figures have unemployment stuck at 5 per cent four years out.

And Dr Debelle’s bottom line declaration of wage rises being stuck where they are – in the 2 to 3 per cent band – may prove optimistic as well, given the trend of what has actually happened to wages while the bank was forecasting stronger growth.

While our central bankers torture historic data to try to understand what happened to wages, they have proven incapable of coming to terms with the human factor of capital’s wages strike, of the determination of boards and management to suppress real wages growth.

And not helping, as the RBA has frequently remarked, is the federal government’s wages suppression policy of imposing a 2 per cent wages growth cap.

It was a feature of RBA board minutes and speeches over recent years to wistfully note green shoots of tightening labour markets in some areas.

That has now been abandoned.

Instead, Dr Debelle reported 80 per cent of businesses say their wages policy will stay the same.

Dr Debelle didn’t say it but I will: The risk is to the downside as workers themselves have come to expect even lower growth, as reported by the Melbourne Institute’s consumer expectations survey.

The primary focus of the nation’s management is cost cutting and suppression, with smaller businesses following in big business’ wake.

Boards are setting a wages growth cap of around 2 per cent with little room for negotiation.

A telling indication of that mindset is that employers have cut back on offering promotions: “On average, a promotion leads to a 5 per cent boost in hourly wages, which is comparable to the wage rise a worker gets when switching firms,” Dr Debelle said.

“Since 2012, there has been a broad-based decline in the proportion of employees that are getting promoted at work or switching jobs. This means that a smaller fraction of the workforce are receiving these wage rises.”

There has been a tendency for Treasury and the RBA to blame workers themselves for low wage growth.

In the current climate, with rising unemployment, fewer employees are risking changing jobs to get a rise.

And the pattern of enterprise bargaining agreements – the main source of wage rises – shows the 2 to 3 per cent range has become entrenched, rising from around 10 per cent over the first decade of this century to nearly 60 per cent.

The percentage of EBAs offering rises of 3 to 4 per cent has more than halved over the past three years.

The number offering more than four per cent is becoming negligible.

In canvassing reasons for the real wages stagnation, the RBA has a blind spot in regards to the decline of organised labour, or simply regard unions are irrelevant.

Not one of Dr Debelle’s 5000 words was ‘union’ or ‘organised’, the same score that Dr Lowe managed when talking about the mystery of low wages growth two years ago.

It’s the lack of real, take-home wages growth in an uncertain climate that has crashed retail sales and is curtailing consumption.

The cost of money has plunged, but business is unwilling to invest in the face of weak demand.

State governments’ budgets are under threat as GST revenue shrinks and the federal budget’s projections are unsustainable.

What business and government don’t comprehend (or don’t want to understand) is that the current 2.2 per cent wage index growth only translates into growth of 1.8 per cent after income tax and the Medicare levy – and that’s ignoring the impact of our transfer system.

Keeping it very simple, a 2.2 per cent pay rise for someone on the median wage of $60,000 ends up as only 1.81 per cent after income tax and the Medicare levy.

It’s effective stagnation – and the RBA has given up hoping for any improvement.