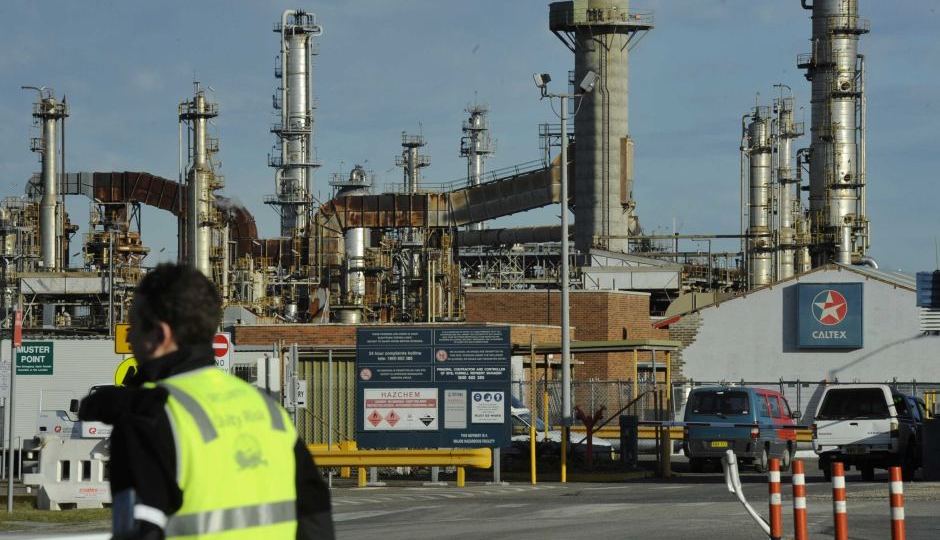 Caltex Australia’s share price has surged on the news Canadian interests have returned with an improved $8.6 billion takeover bid for the petrol refinery and convenience store business.

Caltex confirmed in a statement to the ASX on Tuesday the Canadian-based Alimentation Couche-Tard (ACT) had made a conditional, non-binding $34.50-a-share bid, a 23 per cent premium above the share price over the past month.

Caltex operates Australia’s third-largest refinery at Lytton in Brisbane which produces around 6.5 billion litres of fuel a year – or around 25 per cent of refining capacity and 10 per cent of total fuel consumption.

Caltex said it is yet to engage with Couche-Tard having rejected an earlier $32-per-share proposal.

But it said it was considering the proposal with its financial and legal advisers.

Caltex said the bid was highly conditional, requiring among other things due diligence, financing, no material asset sales and obtaining Foreign Investment Review Board (FIRB) approval.

“The discussions between Caltex and ACT are at a preliminary stage, the proposal is highly conditional and there is no certainty that these discussions will result in a transaction,” Caltex said.

Apart from refining, Caltex is the largest player in the wholesale fuel market with about a third of the total national sales and a significant player in retail fuel with between a 15 and 17 per cent market share.

JP Morgan analyst Shaun Cousins said the FIRB approval may be difficult given the nature of the infrastructure and terminal assets in play.

These include Australia’s biggest “tank farm” at Kurnell, where there is also deep water port access, with pipeline access to the airport, western Sydney and then to Newcastle and the Lytton refinery and associated Brisbane terminal infrastructure.

“Given the quality of its infrastructure – Lytton being one of four remaining refineries in Australia – and the vital nature of transport fuels to the Australian economy, we suggest FIRB approval remains a risk for Couche-Tard,” Mr Cousins wrote in a note to clients.

Mr Cousins also suggested that breaking up Caltex’s assets in a joint bid with another company would not be easy either, given the convenience store side of the Caltex business is relatively small, accounting for around one-third of forecast earnings.

Couche-Tard is a giant North American and European convenience retailer, with a market value in excess of $54 billion.

The new bid comes just days after Caltex said it planned to float up to 49 per cent of its 250 core convenience retail sites in a separate share listing in an initial public offering (IPO).

Caltex said the IPO announcement was not related to the Couche-Tard bid.

“The announcement of Caltex’s intention to undertake an IPO follows significant work Caltex has undertaken over the past 18 months to release value to its shareholders from its property portfolio,” Caltex said.

Will come down to price: RBC

RBC’s Ben Wilson said ACT makes sense as a potential acquirer of Caltex, albeit traditionally more focused on the convenience retail subsector of the fuel industry.

“We think that the bid price from ACT is in the ballpark, although a small bump may be needed to push a deal over the line – as a matter of principle,” Mr Wilson said.

Mr Wilson said the chances of success of this bid hinge largely on deal value.

“We do not see any prima facie competition concerns with ACT being a potential new entrant into the market.

“On a FIRB basis we think the transaction would be looked at,” Mr Wilson said.

“However, the source of the bid (Canada) and the well-funded nature of the suitor combined suggest few FIRB issues notwithstanding some elements of important fuel import and distribution infrastructure held by Caltex.”