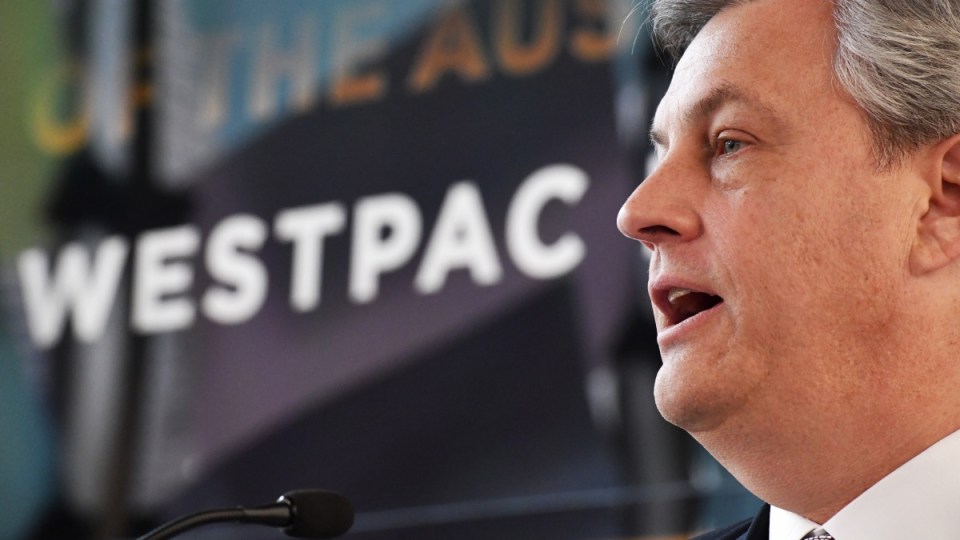 Hot on the heels of one of Westpac’s worst financial performances, the chief executive now has to explain a catastrophic failure at the bank that, among other things, allowed pedophiles to make payments to the Philippines for live-streamed child sex shows.

AUSTRAC alleges more than 23 million breaches of the law – each breach could attract a fine between $17 million and $21 million, which adds up to a ludicrous and unlikely $400 trillion potential maximum penalty.

The reality is likely to be a vastly smaller, but still very significant, sum.

Given the only comparable precedent was CBA’s epic “Intelligent Deposit Machine” money-laundering fail – which cost it a $700 million settlement on what, by this standard, now seems a paltry 53,700 breaches – it seems unimaginable Westpac could get away with settling for less, and the penalty may be a whole lot more.

After a series of scandals, the AUSTRAC fine was the final straw that saw CBA’s then boss, Ian Narev, ousted early from the top job.

But it seems at this stage that Mr Hartzer, after nearly five years in charge of Westpac, has no intention of falling on his sword despite the real possibility of billions of dollars in fines for the wrongdoing committed right under his nose.

“I will get to the bottom of this personally and fix it,” he told a highly choreographed media teleconference.

Just 15 minutes was given to question the Westpac boss over AUSTRAC’s 48-page statement of claim.

In that limited time, only nine journalists got a question in.

Cameras were forbidden, while the teleconference format meant each journalist could be cut off after asking their initial question, leaving no room for follow-ups to quiz Mr Hartzer further on his responses.

The lack of accountability was breathtaking and the blame-shifting smooth.

Mr Hartzer revealed he met the top brass of AUSTRAC, Paul Jevtovic, when he became Westpac’s chief executive in 2015, and then subsequently met new boss Nicole Rose when she took over in 2017.

I made it very clear that we saw this as a very important issue,’’ he said.

“These contraventions are the result of systemic failures in its control environment, indifference by senior management, and inadequate oversight by the board,” it alleged in its statement of claim to the Federal Court.

“There’s one thing that I do take issue with [in AUSTRAC’s claims] and that is the suggestion that, at least at a senior executive level or board level, that we have been indifferent.”

Rather than admit fault at the top of the bank, Mr Hartzer appeared keen to throw subordinates under the bus, saying heads had already rolled.

“We have absolutely not been indifferent on this topic and we have made quite a number of changes over time to the leadership in risk, leadership in financial crime.

“We have a new CRO [chief risk officer]. We have a new head of compliance. We have dramatically increased the resources in the teams that manage these issues.”

When pressed again in the limited time available, Mr Hartzer again pointed the finger at subordinates.

“It is clear there has not been enough attention paid at a working level to resolving these issues and I will absolutely be getting to the bottom of those things to find out what’s happened here.”

One might validly ask why it has taken so long and an AUSTRAC investigation for Mr Hartzer as the bank’s boss to start “getting to the bottom” of these problems.

Some of the alleged breaches date back as far as 2012.

Mr Hartzer said the problem’s genesis goes back even further.

“The specific problem occurred due to a combination of human and technical failings when we built the process for reporting IFTIs [international funds transfer instructions] back in 2010 and 2011,” he said.

Yet it took until August 2018 for Westpac to self-report the non-reporting of IFTIs.

At that point, AUSTRAC started investigating the bank’s anti-money-laundering procedures and practices, eventually uncovering the most shocking revelation – that Westpac had unwittingly allowed pedophiles to transfer money to the Philippines for child exploitation for years without detecting thousands of suspicious transactions.

Despite professing that senior management hadn’t been indifferent to the money-laundering issues, Mr Hartzer was totally blindsided by the child-exploitation revelations, despite AUSTRAC having repeatedly briefed banks in recent years about the red flags to watch out for.

“The first time I personally heard anything about it was a month ago, and I heard it at a fairly high level that we were being asked some questions about that,” he told journalists.

With respect to the specific customer matters that are in the detailed statement of claim, the first time I saw them was this morning. And I was, like everyone I’m sure on this call, utterly horrified at what I read.’’

So utterly horrified that he couldn’t bring himself to mention child exploitation during the media briefing, instead euphemistically referring to “appropriate customer due diligence on transactions to the Philippines and South-East Asia”.

He continued to say, “I am personally disgusted and appalled by the subject matter of some of these transactions”, again without saying what that subject matter was.

It was child exploitation, live-streamed child sex shows and potentially the procurement of children for sex with Australian pedophiles, several of whom made repeated trips to the Philippines during the period they were making payments there from their Westpac accounts.

It did so for years without realising it because it didn’t have proper monitoring systems in place, allowing pedophiles and child traffickers to stay in business when they could potentially have been uncovered years earlier due to their financial transactions.

AUSTRAC presented evidence that thousands of payments took place over that period. What probably never will be known is how many children were exploited that may not have been had these people been exposed and arrested sooner.

It is a massive and horrific failing for one of Australia’s big four banks.

Prime Minister Scott Morrison said it was up to the board to decide whether Mr Hartzer should be ousted – although the board itself is implicated for a lack of oversight in AUSTRAC’s case – but did acknowledge it was an action they should be considering.

It’s not for the government to decide who should be in those jobs or not, but they should be taking this very seriously, reflecting on it very deeply and taking appropriate decisions for the protection of people’s interests in Australia,’’ Mr Morrison told AM.

Mr Hartzer told reporters, “Where we find there needs to be personal accountability, we will take action”.

There will be plenty of people arguing that accountability should start right at the top.