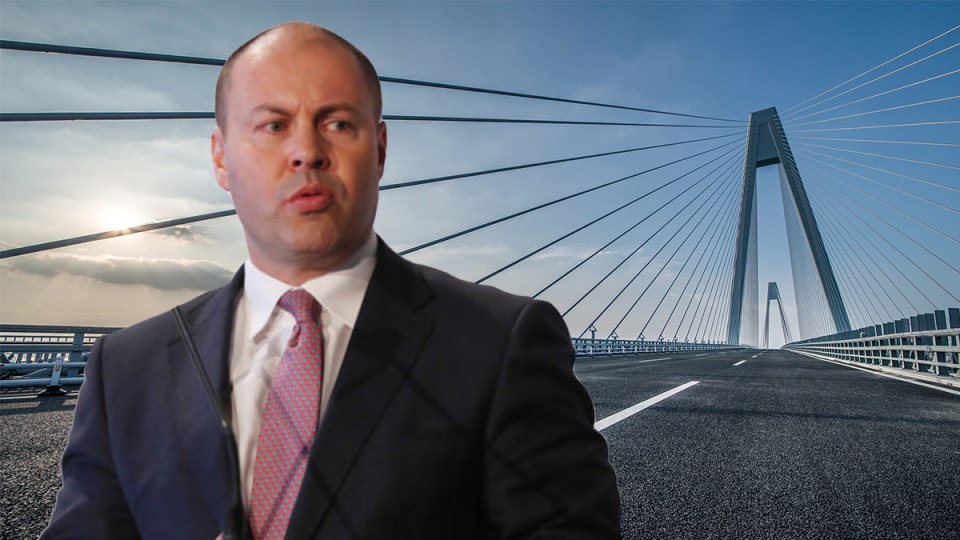 The federal government plans to give foreign investors a tax cut to invest in Australia’s burgeoning infrastructure sector in a move some economists said was unnecessary and wasteful.

Treasurer Josh Frydenberg released a draft of the plan on Thursday, detailing cuts to foreign investors’ tax rates from 30 per cent to 15 per cent on authorised infrastructure investments.

To be eligible, economic infrastructure projects would have to be yet to be built, be owned by the states, the Commonwealth or their agencies, and be worth at least $500 million.

The tax cut to foreign investors could run for up to 15 years.

So what problem are we fixing?

“It’s not as if we’re in desperate need of foreign investment and the current account [payment balance with the rest of the world] is OK,” he told The New Daily.

The tax concession would be a drag on the government coffers and the economy.

“We would be just giving away tax and revenues overseas when we don’t need to,” Dr Brain said.

“Surely we would be better off mobilising domestic savings [through superannuation funds].”.

“The government should say to all investors, both local and foreign, ‘we want you to do more capex [capital expenditure],” he said.

Instead, Dr Anthony said, a priority list of projects should be developed and offered to Australian investors.

“They could get the superannuation funds round a table and ask ‘Who wants to invest in this,'” Dr Anthony said.

“If no one wants to, then it could be opened up to foreign investors like international pension funds.”

Dr Anthony added that Australian super funds are not currently getting fair access to infrastructure projects.

“We get a better hearing from Donald Trump and the US state governors than from the Australian government,” he said.

This represents a massive lost opportunity because Australian superannuation funds are valued at $2.9 trillion – twice the national GDP.

They are also among the highest performing globally.

To create a level playing field in the investment space, Dr Anthony said the current company tax system should be replaced by taxing non-financial cash flows.

That would allow companies to claim large losses for capital works on a project to encourage construction, but would bar interest payments being used as a tax deduction.

Labor shadow Treasurer Jim Chalmers said the opposition supported the Treasurer’s infrastructure proposal but said it had already been floated with legislation passed earlier this year.

“Josh Frydenberg is recycling an old policy to try and distract from the fact that the economy is floundering on his watch and that he doesn’t have a plan to turn it around,” Dr Chalmers said.

“Pretending that an old policy is new again or a new way to deal with an economy which is slowing is not a plan, it’s a con.”

Independent economist Saul Eslake said if the proposal was implemented there would be no reason to extend it to Australian superannuation funds.

“The super funds already pay lower tax than other investors [15 per cent versus a company tax rate of 30 per cent] so the case is not strong,” he said.

Bringing in big foreign investors to back infrastructure projects could be problematic, Mr Eslake said.

“There is increased surveillance by FIRB [Foreign Investment Review Board] especially on state-owned investors in areas like ports, telcos and electricity generation and distribution.”

Some significant investment by Chinese state-owned enterprises has already been barred in telecommunications and electricity and there have been concerns about the sale of the port of Darwin to a Chinese group.