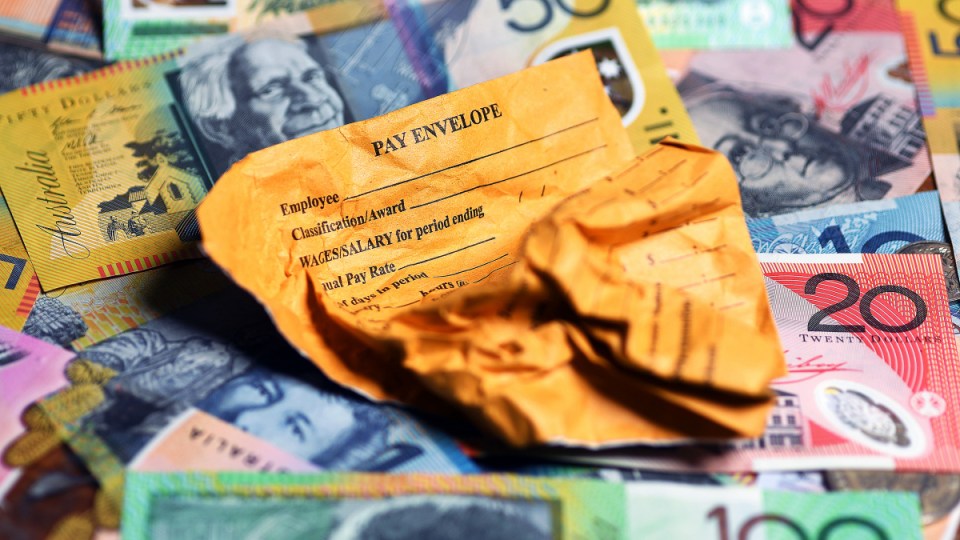 A study of economic trends says wages should grow faster than 4 per cent a year. Photo: AAP

Persistent weakness in the domestic economy has dragged wages growth down to its slowest pace in more than a year.

The Australian Bureau of Statistics says pay packets increased 0.5 per cent in the September quarter, meaning annual wages growth has fallen to just 2.2 per cent.

That’s well below the historical average of 3-4 per cent a year, and the smallest annual increase since June 2018.

“Although we’ve still got jobs growth, we’ve got that additional supply [of labour] entering the market and filling those jobs,” BIS Oxford Economics Sarah Hunter told The New Daily.

“There’s just no pressure in the labour market for wages to go up.”

Ms Hunter said more jobs were needed to put upward pressure on wages, with current measures of unemployment often leading to underestimations of the number of jobless adults in Australia.

The ABS classifies someone as unemployed only if they are “actively seeking” work.

“What the recent trends in unemployment data tell us is that there’s quite a few people who are perhaps not actively seeking employment, who we would have formerly called unemployed, but who, if the right job comes up, will jump at it, and take it,” Ms Hunter said.

“They do want to work, but we’re just not quite picking them up in that employment figure right now.”

Workers in some industries have been getting pay rises, though.

Wages in the healthcare and social assistance sector rose by 3.3 per cent over the past year, reflecting growing demand for these services.

And Victorians celebrated average pay rises of 2.8 per cent in the year to September.

Even so, private sector wages remain weak across the board, with six industries registering annual wages growth below 2 per cent, and wages in Western Australia rising no faster than the current rate of national inflation, at just 1.6 per cent.

That spells more bad news for the broader economy, according to Callam Pickering, APAC economist with global jobs site Indeed.

He described wages growth as “one of the key challenges for the Australian economy” and said it was unlikely to improve anytime soon.

“It is the key for household spending, inflation and monetary policy,” he said.

The Reserve Bank has previously said it believes wages will pick up only once the unemployment rate drops to 4.5 per cent (known as the non-accelerating inflation rate of unemployment, or NAIRU).

But it is not forecasting this to happen anytime soon, and consequently believes wages growth will remain flat in the next two years.

“Given this, today’s data does not add any pressure on the RBA to adjust monetary policy in the near term,” EY chief economist Jo Masters said.

“Further easing of monetary policy will likely be needed in 2020 given ongoing spare capacity in the labour market, suggesting any meaningful acceleration in wage growth will be difficult to generate.

“There are challenging times ahead.”

In the 15 minutes after the wage price index figures were released, the Australian dollar slipped from 68.37 US cents to 68.32 US cents.