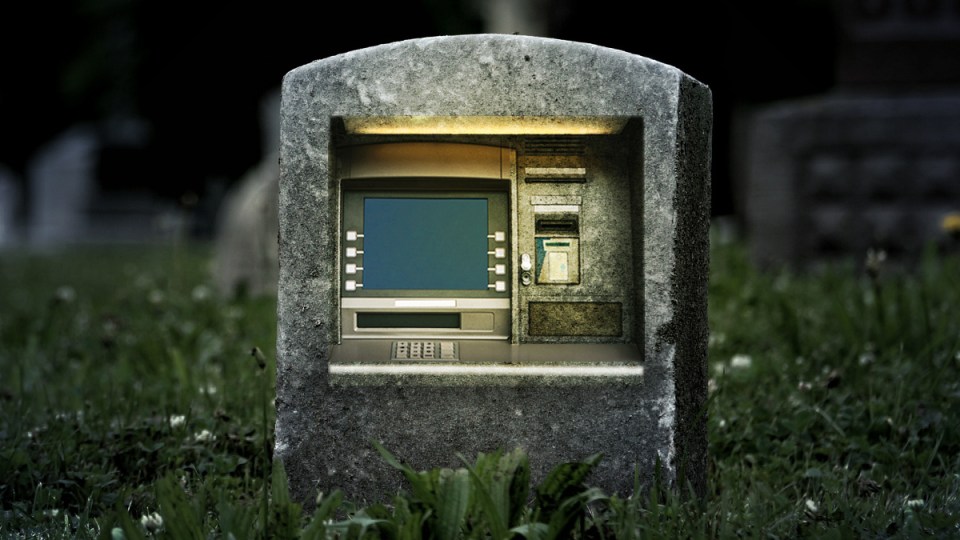 The ATM is a dying breed as Australians shun cash for digital payments. Photo: The New Daily

It has been 50 years since Australia’s first ATM was launched in Sydney, but the once-revolutionary cash dispensers are rapidly becoming a rare breed.

Invented in 1967, it would be two more years before these ‘hole in the wall’ banking services – initially only able to dispense $25 at a time – made their way to Australian shores and steadily grew in number.

But in the past few years, the number of ATMs available to customers has fallen rapidly, fuelling speculation that cash as a means of payment is on its way out.

Since peaking at the end of 2016, ATM numbers have been in free fall and now sit closer to 2010 numbers.

Usage has fallen significantly too, with data from the Reserve Bank showing the number of transactions declined 3 per cent in the year to January 2019.

In the past decade, transaction numbers have fallen more than 35 per cent.

Finder insights manager Graham Cooke even warned 2GB’s Chris Smith that ATMs could be phased out within a decade in a June radio show.

Too expensive to run

Speaking to The New Daily, Swinburne University professor and payments researcher Steve Worthington said the cost of operating an ATM network is become too much for many banks to bother.

“Banks are finding it more expensive to run ATM networks as people have less demand for taking cash out, so they’re withdrawing ATMs from the arena, so to speak,” he said.

Adding to banks woes, more Australians are turning to ‘buy-now-pay-later’ (BNPL) services like Afterpay and Zip Money to make purchases.

These controversial services – which don’t fit the legal definition used by Australia’s National Credit Act but work similarly to some credit products – are becoming increasingly popular with young customers.

And their growing popularity – now used by 9.4 per cent of the population compared with 6.8 per cent last year – is making cash less attractive.

“Why bother using up your cash when you can spread it out over three or four instalments?” Professor Worthington said.

However, Professor Worthington says it’s unlikely Australia will ever be completely free of ATMs, as too many groups – including those living in rural areas, recent migrants, the elderly, and those with disabilities – still rely on cash.

Instead the ATM network will undergo some significant changes – and numbers will continue to fall.

“The banks are gradually moving towards what we call a ‘utility ATM network’, where the ATM is run not by each individual bank but by a third party that provides the cash-filling, repairs and technical support,” Professor Worthington said.

“That would mean you could use any ATM through this utility system.”

Westpac has already sold part of its ATM network to Spanish company Prosegur, and Professor Worthington says others will likely follow suit.

At the same time Australia’s appetite for cash has dissipated, our use of credit cards has plummeted.

In the past month alone, more than half a million credit cards were cancelled in Australia, which financial services comparison site RateCity noted is the largest monthly decline in recorded history.

That’s part of a broader trend in which usage dropped about 3 per cent in the past year, data by research house Roy Morgan has shown.

Over the past decade, Australia’s total real credit card debt has reduced from $8 billion in 2007 to around $7 billion today, the data found.

While there are a number of likely reasons for the massive drop off – including savers cutting up their cards “to get their home loan application across the line” – Ms Tindall said the shift to BNPL services is likely the biggest driver.