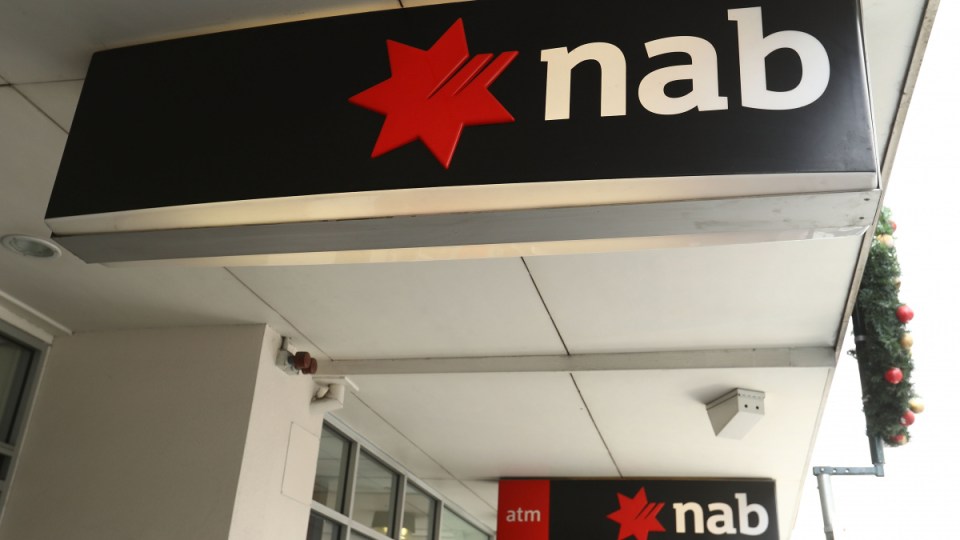 NAB has slashed its payout as the bank's full-year profit dropped 10.6 per cent to $5.1 billion. Photo: Getty

NAB will pay a reduced final dividend after its full-year profit dropped 10.6 per cent to $5.1 billion, dragged down by its retail and wealth unit along with $1.1 billion in remediation provisions.

The lender said Thursday it will pay a fully franked final dividend of 83 cents – down from 99 cents a year ago – mirroring the cut to its interim payout in May for a 16 per cent fall in its full-year payout.

NAB shares had climbed 1.15 per cent by 1040 AEDT but were still down 1.02 per cent for the week after Monday’s weak result for rival Westpac prompted a sector sell off.

In line with its major rivals, NAB cited record low interest rates and a weak operating environment for the “disappointing” result, with its consumer banking and wealth division copping the biggest hit on impairments.

NAB has now provisioned a total $2.1 billion to right past misdeeds including fees for no service and mis-sold credit card insurance, and says it has more than 950 staff working on remediation issues.

It said remediation provisions now cover all of the known material legacy issues – though interim chief executive Phil Chronican did not rule out more costs in the future.

NAB’s common equity tier 1 capital ratio of 10.38 per cent is now below APRA’s “unquestionably strong” threshold of 10.5 per cent, with the bank planning to raise about $1.5 billion in extra capital by offering a discount on its dividend reinvestment plan.

It will also will partially underwrite the DRP.

Mr Chronican said NAB’s executive management will receive no short-term bonuses and no raise after what was his last result before handing over to former Royal Bank of Scotland boss Ross McEwan.

“While we have made progress, it is not enough to be recognised in executive short-term variable reward in 2019,” Mr Chronican said.

Mr Chronican will become chairman, replacing Ken Henry, who was also singled out for his role in the bank’s reputational implosion.

NAB’s net interest margin – the difference between the interest it earns from loans and what it pays to fund them – declined seven basis points to 1.78 per cent.