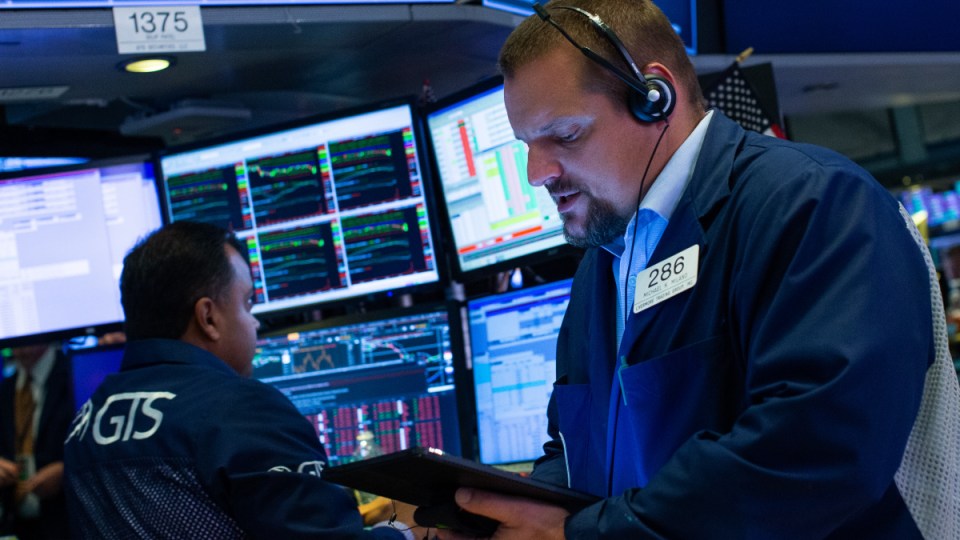 The trade feud between US and China is creating turmoil on stockmarkets. Photo: Getty

Global markets have climbed back towards record highs, buoyed by the promise of a new US-China trade deal.

A year-end rally looks to be building with Wall Street on course for its best year since 2013 – gaining more than 20 per cent over the year.

Meanwhile, the MSCI all-country stock index is just 1.5 per cent shy of its record peak, having advanced for a ninth day in the past ten.

Europe’s main markets hit a 21 month high on Monday, and Asian markets have similarly reached their highest point in six months, with China’s currency – measured in yuan – climbing above 7 yuan per US dollar ($1.45).

All these gains have been fuelled by hope the US and China are finally approaching a trade truce, as details of a possible ‘phase one’ agreement begin to emerge.

As part of this agreement, China is pushing US President Donald Trump to remove more tariffs imposed in September, according to overnight reports.

Both nations have spoken of progress in their trade talks and US Commerce Secretary Wilbur Ross said licences for US companies to sell components to China’s telecoms giant Huawei will come “very shortly”.

“The big picture is that everyone is now setting themselves up for the strong rebound case [for the global economy],” said Peter Garnry, Saxo Bank’s head of global equities .

“And with the flood gates open for monetary policy, assets are just flying, especially equities.”

But the positive signs don’t end there.

New orders – a key indicator of what to expect from the sector’s future – also moved into positive territory for the first time since April, according to JPMorgan.

The next focus on the US economic front is a US non-manufacturing survey, which economists expect will show a rebound in business sentiment from a three-year low.

In the currency market, the greenback gained 0.2 per cent on the yen to 108.80, extending its recovery from the 107.89 touched on Friday.

Trade optimism kept the Chinese yuan near its highest levels since mid-August, after the onshore yuan posted its strongest close since August 2.

The Australian dollar gained 0.2 per cent to $US0.6900 on the trade hopes and after the nation’s central bank held interest rates steady after three cuts this year.

The combination of these factors helped ease concern in bond markets about recession risks facing the global economy, prompting a bond sell-off across major markets.

The 10-year US Treasury yield rose 4 basis points to around 1.83 per cent and the US yield curve – measuring the gap between two- and 10-year yields – was at its steepest in three months.

In Europe, 10-year yields on safe-haven German Bunds also climbed to their highest since July.

In Asia, the mood was also helped by the People’s Bank of China cut in its a medium-term lending rate, the first since early 2016.

It was only a token 5 basis points to 3.25 per cent, but analysts said it underscored Beijing’s ongoing desire to support its economy.