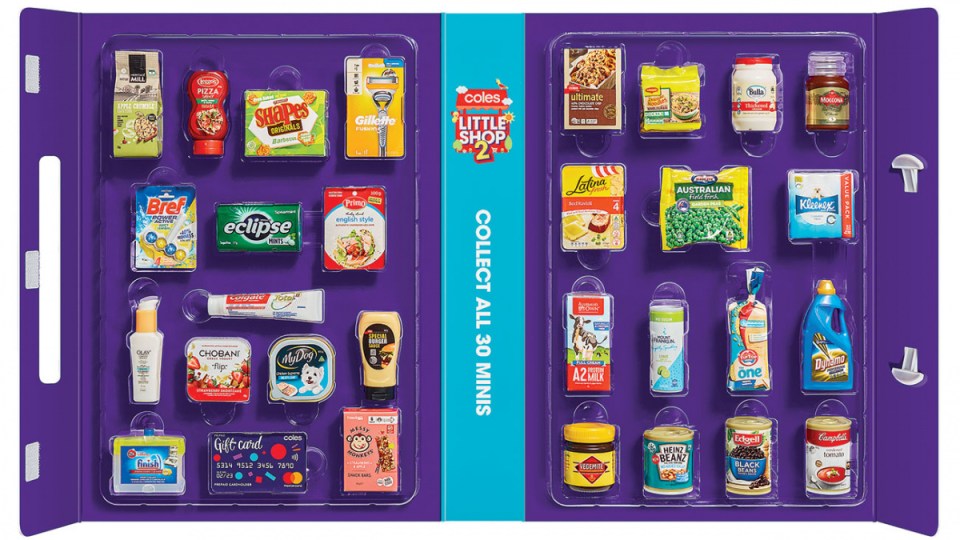 Coles’ supermarket sales grew just 0.1 per cent in the first quarter after the retail giant’s second Little Shop collectables promotion failed to match the barnstorming impact of its predecessor.

Supermarket revenue for the 13 weeks to September 29 rose 1.6 per cent to $7.71 billion amid total group sales growth of 1.8 per cent, but comparable supermarket sales growth slowed dramatically from the prior corresponding period’s 5.1 per cent.

Coles attributed the relative slowdown to the success of last year’s Little Shop campaign, and competition from giveaways at rival checkouts – which include Woolworths’ Lion King Ooshie collectibles.

Nonetheless, the result beat some analysts’ predictions of a decline and Coles shares were up 1.58 per cent to $14.79 by 1010 AEDT on Tuesday – clawing back some of the 2.67 per cent lost a day earlier.

The move meant the shares were 18.4 per cent higher since Coles’ November spin-off from Wesfarmers.

Coles launched another collectible program on Tuesday – this time a glass giveaway targeting adults – and chief executive Steven Cain would not say whether Little Shop would ever get a third outing.

“I’m not going to talk to the marketing program for the next year or so,”Mr Cain said.

“We have said previously that there will be the end to collectibles – but it is too early to call when that will be.”

Liquor sales rose 3.5 per cent to $726 million, with comparable growth halving to 0.7 per cent due to the timing of public holidays.

Similarly, convenience sales rose 3.1 per cent to $264 million but comparable growth moderated from 3.4 per cent to 0.4 per cent.

‘I am not afraid’: The modern unknown soldier risks it all in Ukraine
Greens sign up for Labor’s looming jobs-and-skills summit as Liberals stick with boycott
Joe Biden’s $430b green victory for the environment
China cementing its Thailand ties with joint military exercises
NRL: Titans frantic to end 10-game losing streak as Manly showdown looms
AFL: Western Bulldogs cling to finals hopes after GWS thriller
Airports fire another salvo in their war with the airlines
Today's Stories