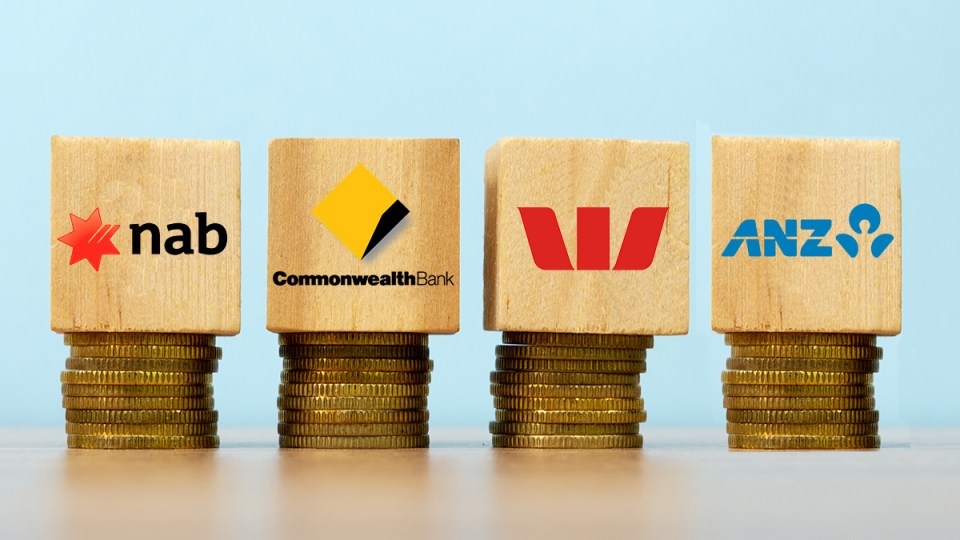 The big four banks have seen their return on equity fall dramatically.

Australia’s banks may have avoided the global financial crisis, but new data reveals they couldn’t outrun the subsequent economic slowdown.

According to a report by global consulting group McKinsey, the average return on tangible equity (ROTE) of Australia’s banks last year fell to 12.9 per cent – well below the 19.5 per cent they enjoyed on average during the five years to 2007.

McKinsey described the run-up to 2007 as an “unsustainable expansion” and said the lower returns were the “new reality”.

Sam Wylie, principal fellow at the Melbourne Business School, said the fall in banks’ ROTE was largely caused by APRA requiring them to hold more capital, after the Financial Systems Inquiry report in 2014 recommended Australian banks be “unquestionably strong”.

But he said plenty of factors were weighing down on banks’ profitability, too. 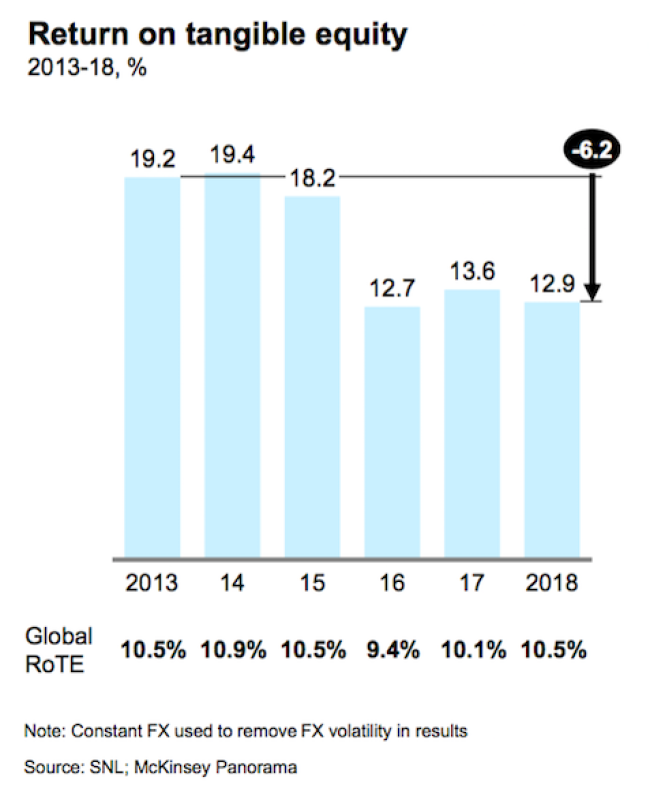 Firstly, he said, banks have had to pay out billions of dollars in customer compensation following the Hayne royal commission.

Secondly, increased competition has reduced the price of financial products and services.

Thirdly, the housing downturn has put the brakes on credit growth.

Despite the squeezed margins, Dr Wylie said the outlook for Australia’s banking sector was still strong.

“I’m not the least bit worried about Australia’s banking system. It’s highly capitalised and very well run,” he said, adding that established banks would easily withstand the threat from new financial players over the short-to-medium term.

“The threat to banks from neo-banks like Judo bank and Xinja bank and others is real … but the benefits of incumbency are large.

“So those people who think the neo-banks are going to grow into something that displaces the big four within three to five years, I think that’s naive, quite frankly.”

“There’s definitely pressure on the big four banks in Australia – there’s no question about that,” Dr Holden told The New Daily.

“But I don’t see any reason why their return on equity should continue to decline in any meaningful way.”

While most banks saw their return on equity plummet straight after the global financial crisis in 2008, Australia’s banks maintained a high return on equity up until 2016, according to McKinsey.

But he said misconduct on the part of Australia’s banks was a major driver, too.

“The royal commission highlighted this quite sad feature of the Australian banking scene, where the big four were able to resist the trend of declining return on equity by taking advantage of their market position, their oligopoly status,” Mr Hogan told The New Daily.

“They were charging customers too much, or for things they didn’t have or need.”

In other words, the big four banks largely avoided the repercussions of the global financial crisis by boosting profits through bad behaviour.

Mr Hogan said increased public scrutiny in the years leading up to the royal commission had forced the big four banks into reducing fees in line with community expectations, which in turn had dragged down profits.

“So, Australia avoided the global trend of lower returns in banking post-crisis,” he said.

“And now the banks’ return on equity has shifted down in line with the global trend, after the royal commission highlighted some of the behaviours that have since changed.”

McKinsey’s report comes just weeks after the Reserve Bank of Australia said in its quarterly Financial Stability Review that bank profits were high “but likely to decline”.